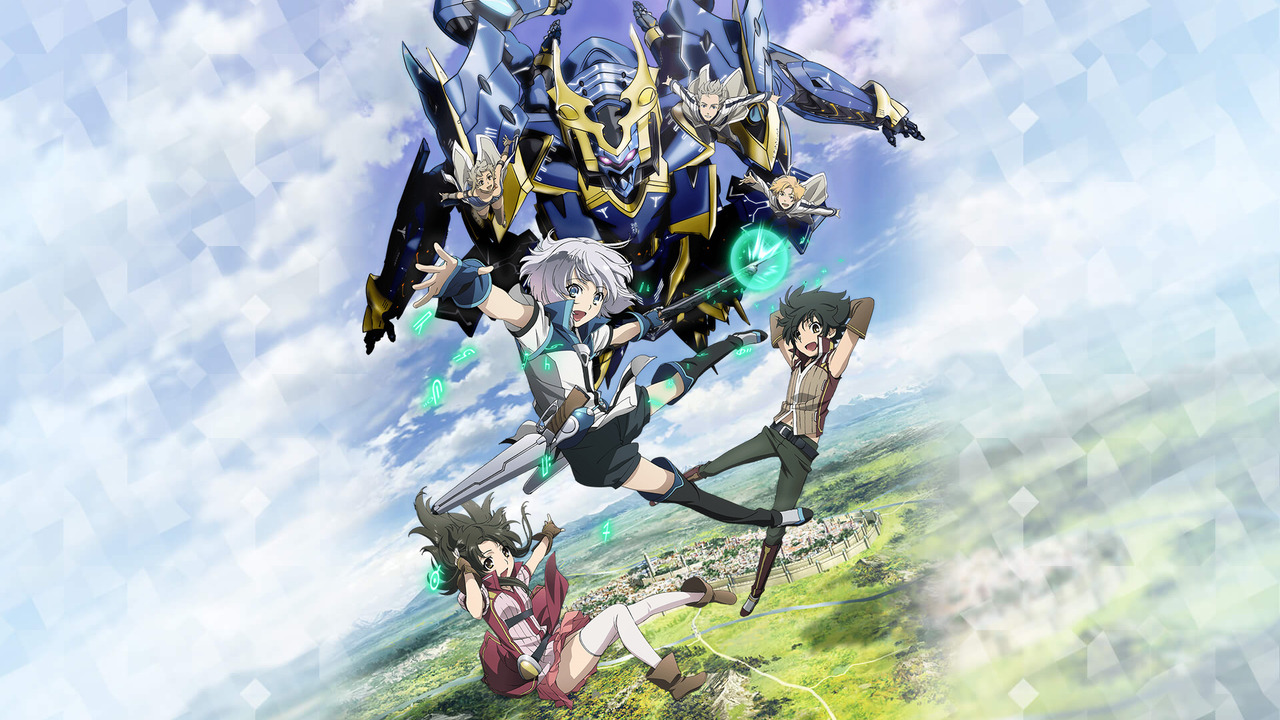 There is a vast array of anime shows out there that portray everything from fantasy worlds to sci-fi mecha robots to realistic romance stories. ‘Knights and Magic’ is basically a combination of all of these put together with its emphasis on mecha elements. On paper, it’s more or less of an Isekai where a character dies and finds himself in a new world. But unlike other similar shows, ‘Knights and Magic’ defies the common norm by portraying a character who actually works hard to be a better version of himself.

8 Bit Studio, which is known to create a few other well-known anime shows like ‘That Time I Got Reincarnated as Slime‘ and ‘Tokyo Ravens‘, has done an amazing job with the animation of the series, especially when it comes to the mecha designs. With the extravagant art of all of its fight scenes, everything comes to life with the background sounds that perfectly define the smashing and the crushing of robots against each other. The only noticeable negative of this show is its lack of character development. Even the main character has not been developed to his full potential so far and though the anime does use backstories to bring some light on its primary protagonists, this approach hasn’t been working out too well for the show.

Overall, ‘Knights and Magic’ is a highly recommended show for anyone who loves action. Apart from that, even the storyline of the series has a few interesting arcs that will be enjoyed by most viewers. But if you’re looking for an anime with deep character development and engaging plot twists, you might want to skip this one. If you have already seen it and you’re wondering if it will ever return with a sequel, we might have some good news for you in the next section.

Knights and Magic Season 2 Release Date: When will it premiere?

‘Knight’s and Magic’ season 1 premiered on July 2, 2017 and with a total of 13 episodes, it ended on September 24, 2017. Since then, the anime has become one of the most popular modern mecha titles and many fans have been anticipating its season 2. Based on our speculation, it seems like Season 1 of ‘Knight’s and Magic’ was only produced for the sole purpose of promoting its source material. Despite having just 13 episodes, the anime rushed through the entire storyline and even left the manga behind.

In the past, 8Bits Studio has managed to create sequels of some of its better-known shows, so ‘Knight’s and Magic might stand a chance if its manga gets more content in the near future. As of now, no official confirmations have been made regarding its renewal but since it’s a fairly new series, we can expect some news about ‘Knights and Magic’ season 2 by summer 2020. As soon as we get any green flags about its sequel from the Studio, we will update it here in this section. Till then, you should check out our list of other similar mecha anime.

The English dub of ‘Knight’s and Magic’ is available on Funimation.

After dying in a brutal car accident, Tsubasa Kurata, a hardcore Otaku, finds himself in the magical kingdom of Fremmevilla. The ancient world has powerful mecha robots that are used for fighting demonic forces who are trying to invade the world.

Kurata finds himself in the shadow of a very noble family and to his surprise, he also possesses incredible magical abilities. To hone his skills even further, he enrolls himself in a prestigious magical academy and sets out to become a mecha pilot himself. What follows is his adventurous story as he tries to be the best amongst his peers so that someday he can save his new world from evil forces.

Ernesti is the main protagonist of the series who was Kurata Ksubasa in the past life. He is just obsessed with mecha robots and is willing to do anything to become a pilot of one of the giant machines. But apart from that, he is also very friendly and really cares about the people around him. When he finds out about Addy and Kid’s background, he shows a lot of support towards them. In his past life, as Kurata, he was a NEET who would usually spend most of his time playing video games. Being a professional programmer in his past life, he is able to draw several similarities between his own programmed games and his new magical world. After a fateful event, a car hits him while crossing the road and he ends up dying. Luckily for him, he wakes up in a world he always dreamed of.

Adeltrud, often referred to as Ady, is one of the main characters of the series. When she was 9 years old, she decided to run away from home just to avoid meeting her stepdad. To get away she climbed the roof of her home and ended up having a heated argument with her brother. But during this argument, she somehow ended up tripping over something and fell off the roof. To her surprise, she woke up safely in Ernesti’s arms. She initially assumes that Ernesti is a girl because of his feminine appearance but later realises he is a boy trapped in the body of a girl.

Archid Walter is Adeltrud’s twin brother who is tall and has black spiky hair. He usually sports a maroon overcoat with golden edges. During middle school, his abilities were always on par with Adeltrud, but later when he started training with Ernesti, he got really strong and completely surpassed the strength of most of his peers. Both Archid and Adeltrud were separated from their father as kids and were brought up in a very distant town.

Ambrosius is a ginger-haired old man who is the tenth monarch of the Kingdom of Fremmevilla. He is wise, cunning and usually puts his own self-interest in front of others.