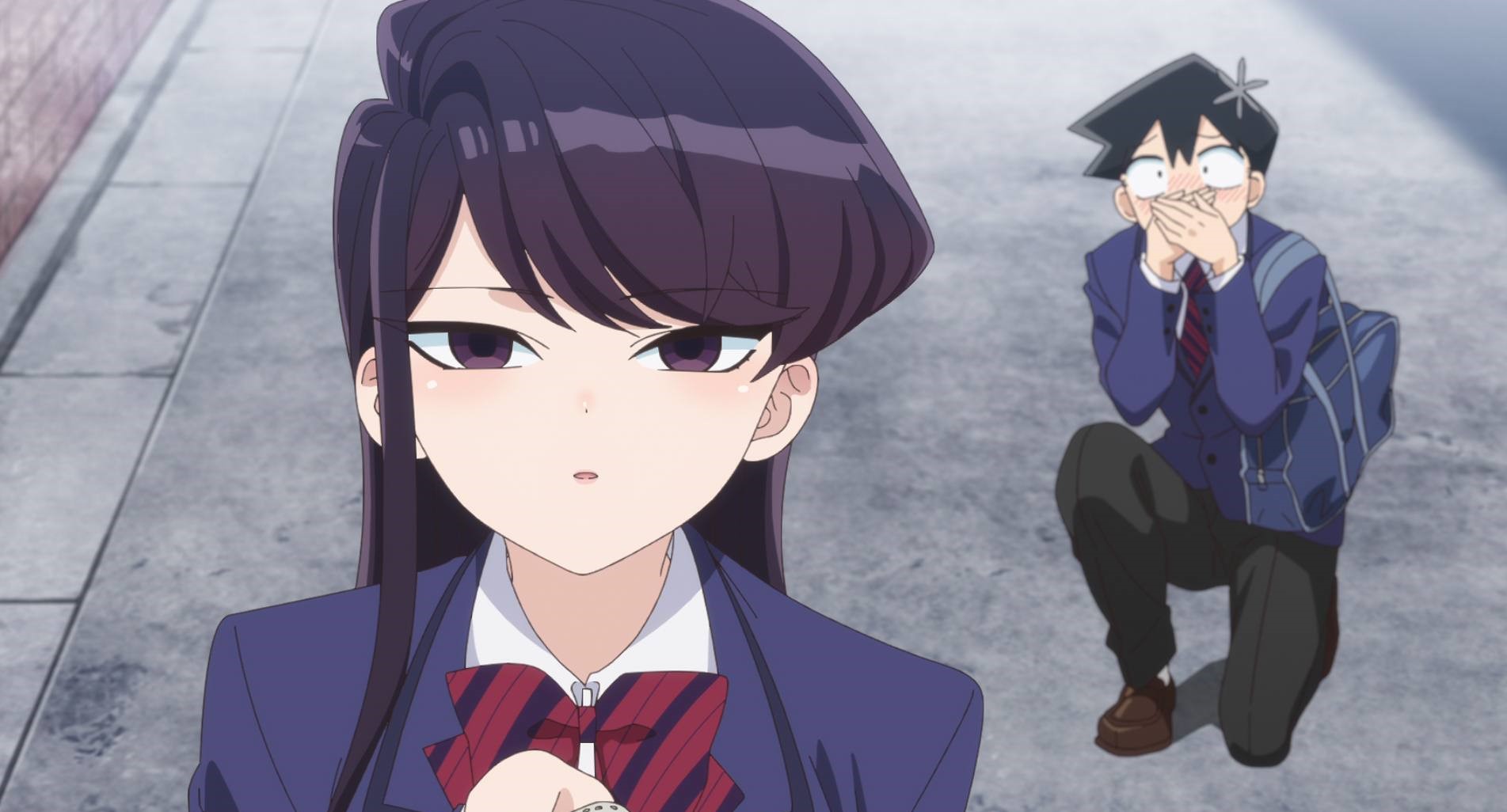 Based on the Japanese manga series of the same name written and illustrated by Tomohito Oda, ‘Komi Can’t Communicate’ is a slice-of-life anime. The show centers upon a socially awkward high schooler named Komi, who has struggled to make friends all her life because of poor interpersonal skills. Her outward appearance has always tricked those around her into thinking that she likes to remain aloof until she moves to a new school where her bench mate Tadano is the first person to understand her daily struggles.

He vows to help her make at least a hundred friends, which turns out to be far more complicated than he ever imagined. Here’s everything you need to know about the upcoming episode of the show.

‘Komi Can’t Communicate’ episode 4 is all set to release in Japan on November 11, 2021. It will air at various times on TV Tokyo, Aichi, and TV Osaka. The slice of life anime is developed by OLM (formerly Oriental Light and Magic), with Deko Akao overseeing the scripts and Ayumu Watanabe serving as the chief director.

Atsuko Nakajima has designed the characters while Yukari Hashimoto and Kazuki Kawagoe have come together to compose the series music. The opening theme song, “Cinderella,” is sung by Cider Girl, while the ending theme track, “Hikareinochi,” is performed by Kitri.

Netflix has acquired the international streaming rights of ‘Komi Can’t Communicate.’ People with a subscription to the streaming giant can head here to watch the latest episodes.

In episode 3, when Komi follows his fellow classmate Himiko Agari, the latter panics as she too she socially awkward and has trouble communicating with others. Realizing that they are so much alike, Najimi advises Komi to befriend her. Later, when the protagonist meets Agari again, she thanks Komi for scaring her the other day as it somehow helped her open up with other a little bit. However, the two become friends following their strange first meeting. When Komi buys a phone, she decides to ask everyone for their number but barely manages to ask Najimi.

She tries to talk to Tadano, but Agari interferes, ruining her chance of finally getting her bench mate’s contact details. When Komi is voted class president, Najimi influences other to change the decision and make the class goddess instead. The following day she accidentally calls Tadano, and the two friends are glad that she is taking these slow steps to become more socially confident. In episode 4, Komi will face a challenging competitor in the physical exam. A popular girl of her class will become friends with the protagonist.