Where to Stream La La Land? 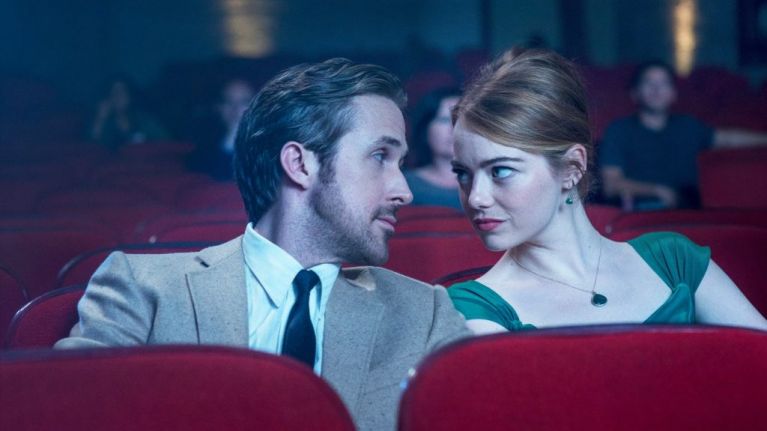 ‘La La Land‘ is an American romantic musical that includes elements of comedy and drama. The movie is written and directed by Damien Chazelle. The plot focuses on a jazz pianist who happens to meet a young aspiring actress. The two hit it off right away and eventually fall in love, in a city with innumerable opportunities, as they pursue their dreams in Los Angeles.

Upon release, the movie managed to garner a lot of praise for the direction, cinematography, music and the chemistry between the protagonists Ryan Gosling and Emma Stone. ‘La La Land‘ stands out among great musicals for the simple fact that it does away with the cliched happy endings that audiences have come to expect from such films, and instead showcases an ending that mirrors the longing of both characters. The film has gone on to win massive critical acclaim and commercial success, and it is not a movie you would want to miss out on. So now you must be wondering where to stream it. We are here to tell you that, but first, let us walk you through the story.

What is La La Land About?

‘La La Land’ begins with the kind of Los Angeles traffic that residents must be familiar with. Mia, the aspiring actress, gets into a moment of road rage with Sebastian, a struggling jazz pianist. The rest of Mia’s day does not go too well either as she bombs an audition when the casting director takes a call in the middle of an emotional scene she was trying out for. That night, her roommates take her to a lavish party in Hollywood Hills and promise that someone in the crowd might just help her jumpstart her career. However, the party ends up being disappointing and to top it off, Mia has to walk home after her car gets towed.

Meanwhile, at a restaurant where Sebastian works, he breaks into a jazz improvisation despite warnings from his employer to stick to the Christmas playlist. As she is passing by, Mia overhears him playing and is moved enough to walk in. She witnesses Sebastian being fired by the manager for disobeying orders. As Mia is about to compliment him, Sebastian brushes her off and leaves the restaurant, obviously not in a good mood after having lost the job. Mia runs into Sebastian months later at a party where he is playing in the performing band. The two walk back to their cars together and though the chemistry is obvious between them, they lament wasting a wonderful night together.

The two keep meeting each other. Sebastian shows up at Mia’s workplace and she shows him the backlot of Warner Bros. where she works at a Barista. She explains her passion for acting to him. In turn, he takes her to a jazz club, explaining how passionate he is about jazz and telling her of his plans to open his own club. He also invites Mia to a screening of ‘Rebel Without a Cause’. Mia accepts, forgetting that she has a date with her boyfriend Greg. Bored with how the date with Greg is going, Mia ends up at the screening and after that Sebastian and Mia go to Griffith Observatory. Mia has some more failed auditions but following Sebastian’s encouragement, she begins to write a one-woman play.

Meanwhile, Sebastian gets work at a jazz club as a regular performer. The two move in together. When Sebastian overhears Mia trying to convince her mother that the former is working on his career, he takes a job with a former classmate Keith, and his jazz fusion band. During the band’s tour, Mia and Sebastian get into an argument with the former accusing the latter of abandoning his dreams, while the latter counters that Mia liked him more when he was unsuccessful. Due to his band’s photoshoot, Sebastian ends up missing Mia’s play, which is received poorly. Mia is unwilling to forgive him and breaks off the relationship. She is also dismayed and heads back to Boulder City, Nevada.

Sebastian later gets a call from a famous casting director who saw Mia’s play and wishes to call her in for a film audition. He goes to Mia’s home and convinces the reluctant Mia to return and attend the audition. Sebastian is confident of the audition and tells Mia to devote herself to film acting. Both of them are unsure of their careers but promise to always love each other.

Five years later, Mia is successful and married to another man. The two stumble across a jazz club that has the logo Mia designed for Sebastian. She realizes that he has opened his own club. They go in and noticing Mia, Sebastian plays their love theme on the piano. They imagine what life might have been like if their relationship and careers had thrived. Mia and Sebastian smile poignantly, as the former leaves with her husband.

Is La La Land on Netflix?

Netflix has an amazing collection of movies and television shows. While ‘La La Land’ is not on the premier content provider, you can check out ‘Jersey Boys‘ which is adapted from the Tony-winning play and is a fantastic musical in its own right.

Is La La Land on Hulu?

Hulu has a fantastic collection of movies and television shows that the platform keeps making smart additions to. While ‘La La Land’ is not on the platform, you can check out ‘Lovestruck: The Musical‘, which also focuses on the question of choosing love or one’s career.

Amazon Prime has an enviable collection of movies and television shows that can only be bested by Netflix. While Prime subscribers cannot watch ‘La La Land’ as is, you can rent or buy and stream the movie on the platform. It costs $3.99 to rent and $6.99 to buy the movie. Check it out here.

Where Can I Stream La La Land Online?

No subscriptions to major platforms? No worries. You can still stream ‘La La Land’ online. Head over to IMDb TV and stream the movie. Check it out here.

Where Can I Watch La La Land Online For Free?

Freeloaders are in luck because with IMDb TV, you can watch ‘La La Land’ for free. However, we would like to urge our readers to pay for any art that they consume.