Will There be a La Mante Season 2 on Netflix? 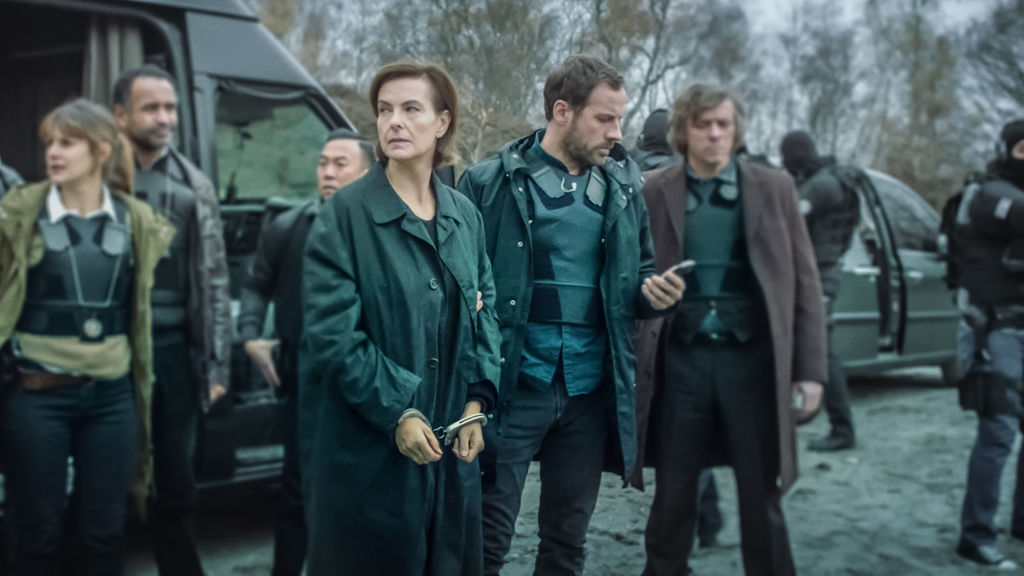 ‘La Mante’ is a French crime thriller web television series that is available on Netflix. Created by Alice Chegaray-Breugnot, Nicolas Jean, Grégoire Demaison, and Laurent Vivier, and directed by Alexandre Laurent, the show follows a detective who tries to catch a serial killer with the help of his incarcerated, serial killer mother.

A relatively new show, Season 1 of ‘La Mante’, consisting of six episodes, first premiered in September 2017 on French channel TF1. Subsequently, Netflix picked the show up, and it premiered on Netflix France as a Netflix Original in October 2017, before being released worldwide on December 30, 2017. The show received largely positive reviews for its deeply disturbing visual style and dark story, and ever since Season 1 ended, many have been hoping to hear news about a second season. Here’s everything we know about the prospects of La Mante Season 2 thus far.

La Mante Cast: Who is in it?

In the show, Carole Bouquet plays the role of Jeanne Deber, an incarcerated serial killer known as The Mantis (or La Mante, in French) who terrorized France 25 years ago.

Other cast members who frequently appear in the show include Serge Riaboukine as Crozet, Robinson Stevenin as Alex Crozet, Fredérique Bel as Virginie Delorme, Elodie Navarre as Szofia Kovac, Adama Niane as Stern, Yannick Samot as Bertrand, Steve Tran as Achille, and Julien Tortora as Gallieni.

La Mante Plot: What is it about?

The show is set in the city of Paris and revolves around the hunt for a notorious serial killer. When police officer Dominique Ferracci chances upon the body of one of the victims, who is left brutalized on a sawmill, he immediately recognizes it as the handiwork of a notorious serial killer called the The Mantis, who terrorized France in the 1980s.

With The Mantis, whose real name is Jeanne Deber, under the French police’s witness protection programme, Ferracci realizes that the serial killer is a copycat and is replicating Jeanne’s methods. Left with no option, Ferracci reluctantly approaches Jeanne, who has been in solitary confinement for years. Although Jeanne agrees to help with the case, and promises to give the police some really juicy information, she agrees to do so under one condition: that she deal only with her estranged son, Damien, who is a detective with the police force.

Damien, a hardcore undercover detective working with the narcotics department, is absolutely shocked at the request, but agrees to cooperate to try and apprehend the serial killer, who is on the loose and could strike anywhere at anytime. However, Damien’s involvement in the case threatens to destroy his marital life and Damien finds himself tortured between his duty and his personal life. We’re not going into the nitty-gritties of the plot as ‘La Mante’ is a show best watched without spoilers.

Of course, the premise of the show, particularly the part where Jeanne decides to help the cops, harks back to Anthony Hopkins and Jodie Foster-starrer ‘The Silence of the Lambs’ (1991), and the gruesomeness of the murders resemble those in Mads Mikkelsen’s show, ‘Hannibal’. Despite these similarities, ‘La Mante’ has been praised on several counts by television critics.

For instance, The New York Times, while reviewing the show, “This French series (in French, with subtitles) is as dark as they come — think ‘Bron/Broen’ or ‘Luther’, a bleak serial-killer show with disturbing visuals and stylish misery…The show is only six episodes, so even if you binge it, its chilling darkness won’t take over your life.” Even award-winning author and celebrated horror writer, Stephen King, vocally praised the show, particularly praising its exploration of “previously unexplored realms of gruesomeness”. While this is high praise indeed, it’s also a warning the show is not for the faint of heart.

However, while a stamp of approval from someone like Stephen King seems validation enough, some others have criticized the show citing issues such as misogyny and transphobia. That being said, these criticisms have been relatively small in number and whether they hold validity is up to you to decide.

As far as viewers are concerned, the show enjoys quite some popularity among fans of the serial killer genre, and has a good rating of 7.5/10 on IMDb.

La Mante Season 2 Release Date: When does it premiere?

‘La Mante’ Season 1 premiered on Netflix on December 30, 2017. In the time that has elapsed since then, Netflix has not made any move which has hinted at a renewal. We hate to break it to you, but there’s also very little chance of a renewal, considering the fact that the show was billed as a miniseries / limited series when it premiered.

That being said, considering the amount of praise ‘La Mante’ received, Netflix just might change its mind and renew the show. We can’t say anything for sure till Netflix makes an announcement regarding the future of the show. Our best guess is that if the show does get renewed, ‘La Mante’ season 2 can release sometime in 2020. Otherwise, the show is most likely cancelled.