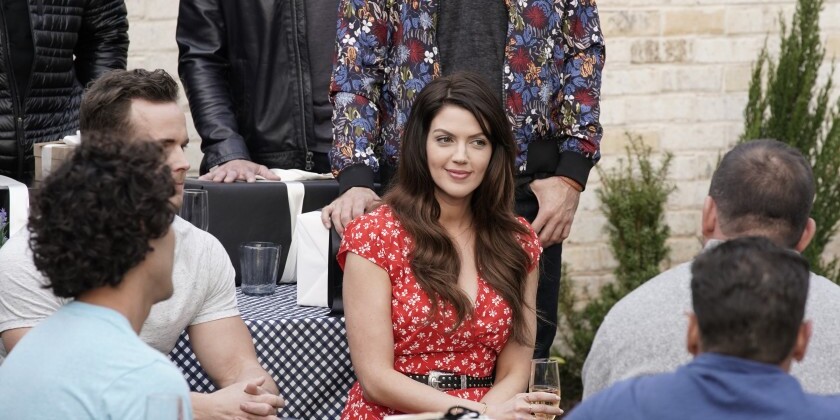 Fox’s latest offering, ‘Labor of Love,’ has managed to captivate the audiences’ attention by putting a pregnancy twist to its basic format, which makes it stand out from mainstream dating reality shows. It also features an intriguing bunch of contestants belonging to different walks of life, ranging from a doctor, an entrepreneur, a firefighter to a funeral director. In episode three, Kristy eliminates not two but three contestants after spending some quality time with all the potential fathers in the Fatherhood house. For more on the episode, head to the recap section. In case you’re updated and are curious to know the details of ‘Labor of Love’ episode 4, we have got your back.

‘Labor of Love’ Episode 4 is all set to release on June 11, 2020, at 9 pm ET on FOX. The eight-part show will follow a weekly-release format and drop a new episode, every Thursday.

In the upcoming episode, titled ‘Some Like It Extra Hot,’ Kristy and the potential fathers might gear up for a game night that gives the men some insights on dating and parenting styles. One of the contestants might get to go on an unusual date with Kristy, where they will have to babysit some children at a kid’s birthday party.

Where to Watch Labor of Love Episode 4 Online?

You can watch ‘Labor of Love’ episode 4 if you have a cable connection, by tuning in to FOX at the above-mentioned time slot. You can also watch the show online by logging into FOX’s official website. If you don’t have cable, you can live-stream the episodes on your computer, phone, Roku, Fire TV, Apple TV, or other streaming devices on subscription services such as Hulu, FuboTV, and DirecTV.

The episode is titled ’10 Things Kristy Likes About You.’

In the episode, the contestants go through an aptitude test, much to the dismay of Alan, Marcus, and Keith. After the test, they are transported to a local school, Parent Prep Academy, where they are judged based on their ability to deal with kids. If that’s not enough, Kristin announces a challenge called ‘Genius Vs. Gents,’ which is basically a rip-off of ‘Are You Smarter Than a 5th Grader?’ The kids slay the adults to the point where it gets embarrassing. In the test result, Marcus leads with 91 points, while Keith comes second at 83. Later, Kristin asks Kristy some random questions.

It goes like this: “Cross-country road trip?” Keith. “Introduce to her sister?” Kyle. “Change a tire with?” Kyle. “Seek advice from?” Stewart. “Dance in the rain?” Alan. “Impress the parents?” Gary. Some of the men look at Kyle as if he has murdered someone. After winning a drinking game, Jason asks Kristy to kiss him on the lips, but she gets uncomfortable and kisses him on the cheek instead. The two contestants who win one-on-one dates are Stewart and Walker. Kristy and Stewart enjoy a romantic dinner, open up about their personal lives, dance to the music, and kiss. Perfect! Kristy and Walker go on an overnight trip to Tybee Island. He talks about his multiple businesses, while Kristy seems to be in two minds about spending her life with a funeral director.

The next day, Kristy summons Walker, Angelo, and Jason. She gets emotional while informing Walker that she has to let him go. Walker is heartbroken but appreciates her honesty. When Jason is dumped, he goes berserk and pees on the outside wall before leaving for the airport. Good riddance, I say! Angelo’s comments after being eliminated might have come as a surprise to a lot of people. I mean, the man says, “She’s like a 4, at best. You know what I mean? I hang around with 10s and 12s all day.” The audacity!