Labor of Love Episode 5: All the Details You Need to Know 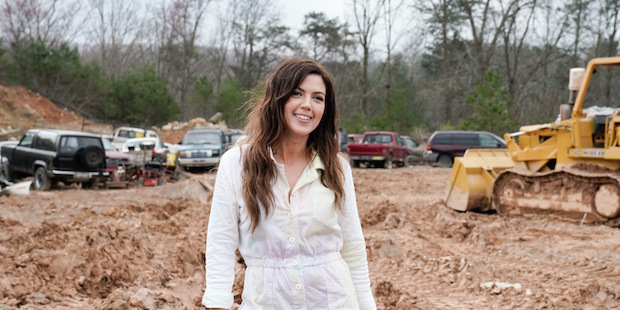 If you weren’t sure that ‘Labor of Love’ is a refined version of ‘The Bachelorette,’ you would be after watching the fourth episode. It lacks romance, yes, but the drama between the Dadchelors has escalated to another level. In the latest episode of the reality show, Kristy eliminates two unexpected contestants but you can’t be mad because her reasons are rock-solid. Also, Keith invents a new catch-phrase! Head to the recap section to jog your memories. In case you want to know about what happens in the upcoming episode, i.e., ‘Labor of Love’ episode 5, we have got you covered.

‘Labor of Love’ Episode 5 is all set to release on June 18, 2020, at 9 pm ET on FOX. The eight-part show will follow a weekly-release format and drop a new episode, every Thursday.

In the upcoming episode, titled ’40 Year Old… Fathers,’ the men will get a first-hand experience at what it feels like to be a mother. Kristy and Kristin will test the physical endurance of the men by putting each one of them through labor simulation. Also, two lucky men might win hot dates with the lady.

Where to Watch Labor of Love Episode 5 Online?

You can watch ‘Labor of Love’ episode 5 if you have a cable connection, by tuning in to FOX at the above-mentioned time slot. You can also watch the show online by logging into FOX’s official website. If you don’t have cable, you can live-stream the episodes on your computer, phone, Roku, Fire TV, Apple TV, or other streaming devices on subscription services such as Hulu, FuboTV, and DirecTV.

The episode is titled ‘Some Like It Extra Hot.’

Kristy and Kristen have a heartfelt conversation about hurtful past relationships and self-worth. Keith is planning to surprise Kristy by making something for her to eat, but Alan is a step ahead of him and takes some stew over to Kristy’s house. Keith gets frustrated and breaks some glass kitchenware. Stewart, Kyle, and a few others don’t approve of Keith’s aggressive behavior and when Stewart confronts him, he says, “my fire is bigger than I thought it was, and it gets exacerbated by being in a competitive situation with a bunch of men.” Yep, the catchphrase I was talking about!

Meanwhile, Alan gets chosen for a date. The two head to a construction site, where they write words related to their past and future on two separate cars before demolishing them. Kristy keeps reminding Alan to stop singing praises for the boys as its “their” date but he makes things worse by turning Kristy down for a drink at her place, stating that it would upset the other boys. Is she serious? For her second date, Gary and Kristy babysit some kids. Gary seems to gel really well with the kids who can’t get enough of him. Kristy is impressed!

In the group game, Matt puts Kristy off by sulking throughout the session but she is completely taken aback when one of his answers indicates that he is looking for a stay-at-home wife. Kyle blindfolds Kristy and feeds her chocolates, while Trent teaches her the two-step dance. Kristy summons Trent, Matt, Alan, and Keith. She hugs Trent and praises Keith for his effort but sends Matt and Alan home. The two men wish her well and leave the Fatherhood house.