Labor of Love Episode 8: When & Where to Watch? 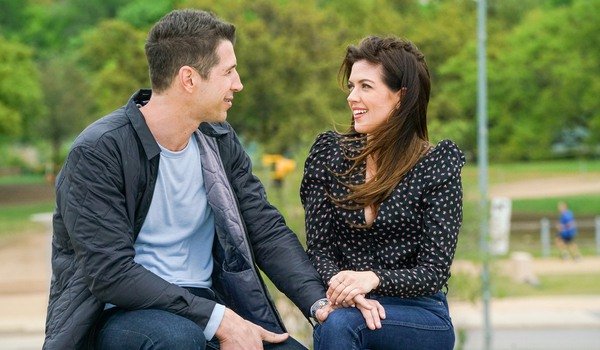 ‘Labor of Love’ is finally wrapping up with its inaugural installment. We will have the much-awaited decision day in the eighth and final episode — where Kristy has to choose between her two final suitors. This week, one of the guys, who had really built a deep connection with the reality star had to say goodbye. You can read all about that in our brief recap. But if you want to know more about the finale, you can go through our release and spoiler sections first!

In the finale, titled ‘Sleepless in Chicago,’ Kristy gears up for decision day. She spends time with the final two men in her hometown of Chicago and introduces each of them to her family. She must now choose between starting a family with either of the guys or continuing along the road to motherhood on her own.

Where to Watch Labor of Love Episode 8 Online?

You can watch ‘Labor of Love’ episode 8 if you have a cable connection, by tuning in to FOX at the above-mentioned time slot. You can also watch the show online by logging into FOX’s official website. If you don’t have cable, you can live-stream the episodes on your computer, phone, Roku, Fire TV, Apple TV, or other streaming devices on subscription services such as Hulu, FuboTV, and DirecTV.

The 7th episode is titled ‘There’s Something About Kristy’. In the episode, we follow the events that happen during the hometown dates. The final three men, Stewart Gill, Kyle Klinger, and Marcus Lehman show Kristy their homes where they would potentially raise their baby together. While Kyle shows her around his hometown of Austin, Texas, Stewart takes her to a house that he is planning to buy in Los Angeles. Marcus takes Kristy to Cincinnati and introduces her to his “house mommy,” Diana. It seems Diana does not have her own son and she helps him take care of the house. This raises a red flag since Kristy now doubts if Marcus is responsible enough to be a dad on his own without Diana.

The three men then reach Chicago, following the hometown dates where they receive a message from Kristin, which says: “Unfortunately, tonight, one of you will be going home before getting a chance to see Kristy’s city. Meet her at the top of the Willis Tower. Your van is waiting outside.” The men suit up and get ready for a one-on-one date with Kristy. Kristy first sits with Marcus and tells him that she can’t be a mother to him and a child. She then meets with Kyle and says that she is excited to start a partnership with him. Finally, Stewart walks in and Kristy says that she can’t wait to have a baby with him. Toward the end, she reveals before Kyle and Stewart that she has sent Marcus home.