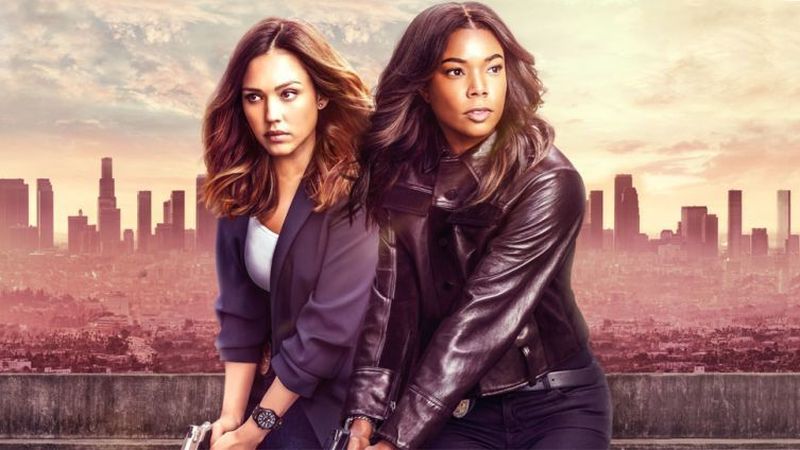 Buddy cop movies and tv shows have always centered around men. ‘L.A.’s Finest’ is a unique show where the leading characters in the series are two women. Interestingly, the pilot of the series was made for NBC, who then passed it off. The project got later picked up by Spectrum. The pilot is directed by Anton Cropper, who is also the director of a number of episodes on the show ‘Suits’.

The show ‘L.A.’s Finest’ revolves around two policewomen in Los Angeles and their various adventures while trying to bring the criminals of Los Angeles to justice.  The two leading characters, Sydney “Syd” Burnett and Nancy McKenna are played by Gabrielle Union and Jessica Alba respectively. The names Syd and Nancy are a subtle nod to the legendary punk rock couple Sex Pistols’ bassist Sid Vicious and his girlfriend Nancy Spungen.

The character of Sydney Burnett can be seen in the 2003 movie ‘Bad Boys II’, and after completing her duties in Miami, now she has moved to Los Angeles. Here, she has partnered up with Nancy who is a single mother and equally competent at her job.

In their interview with Entertainment Weekly, the two actresses spoke of their mutual love for the Bad Boys film franchise and how excited they were to act in a spinoff of the popular film series. Alba also added that she always wanted to be a part of a buddy cops film, saying, “I am a fan of Jerry Bruckheimer and I loved the Bad Boys franchise and it’s such a fun tone. This was always the type of movie that I wanted to be in; the Die Hards, the Bad Boys, Lethal Weapon. I was like, “Why aren’t women shown not as the damsel in distress or the housewife that is waiting for the guy to come home or the women? Why can’t women be the leads in these types of environments?” And for me, this was like my little kid-actress dream come true.”

The two actors are also seemingly very fond of each other, with both of them saying that they really appreciated the other person even before having met or signing up for working together on ‘L.A.’s Finest’.

Some other important characters in the series are Ernie Hudson as Joseph Burnett, Zach Gilford as Ben Walker, Duane Martin as Ben Baines, Ryan McPartlin as Patrick McKenna, Zach McGowan as Ray Sherman, and Sophie Reynolds as Isabel McKenna.

L.A.’s Finest Plot: What is it about?

‘L.A.’s Finest’ is a police procedural show which sees two women trying to solve criminal cases in Los Angeles together as partners. Nancy McKennan is a single mother with a dark and complicated past. The traumatic events keep her from making friends easily. Now she is teamed up with a new officer for the LAPD, Sydney Burnett, and the two do not hit it off well at first. They loathe each other, but as the story progresses, they begin to find common ground and start respecting each other for the other person’s commitment and dedication to the job. This is the formula that buddy cop movies have followed successfully in the past. ‘L.A.’s Finest’ also tries to follow the same tried and tested story arc and manages to pull it off successfully.

L.A.’s Finest Season 2 Release Date: When will it premiere?

‘L.A.’s Finest’ season 1 released on May 13, 2019. As far as the next season goes, we have good news for the fans. On June 14, 2019, Spectrum renewed the show for another season. Stars and executive producers Gabrielle Union and Jessica Alba announced the news at the opening night of the 59th Monte Carlo Television Festival. Though no release date was revealed, our best guess is that ‘L.A.’s Finest’ season 2 can release sometime in May, 2020. We will update this section as soon as we hear more.

While we wait for season 2, check out the season 1 trailer to refresh your memories. If you haven’t seen the show yet head over to Spectrum to catch all the episodes of the previous season.