Will There be a Last Christmas Sequel? 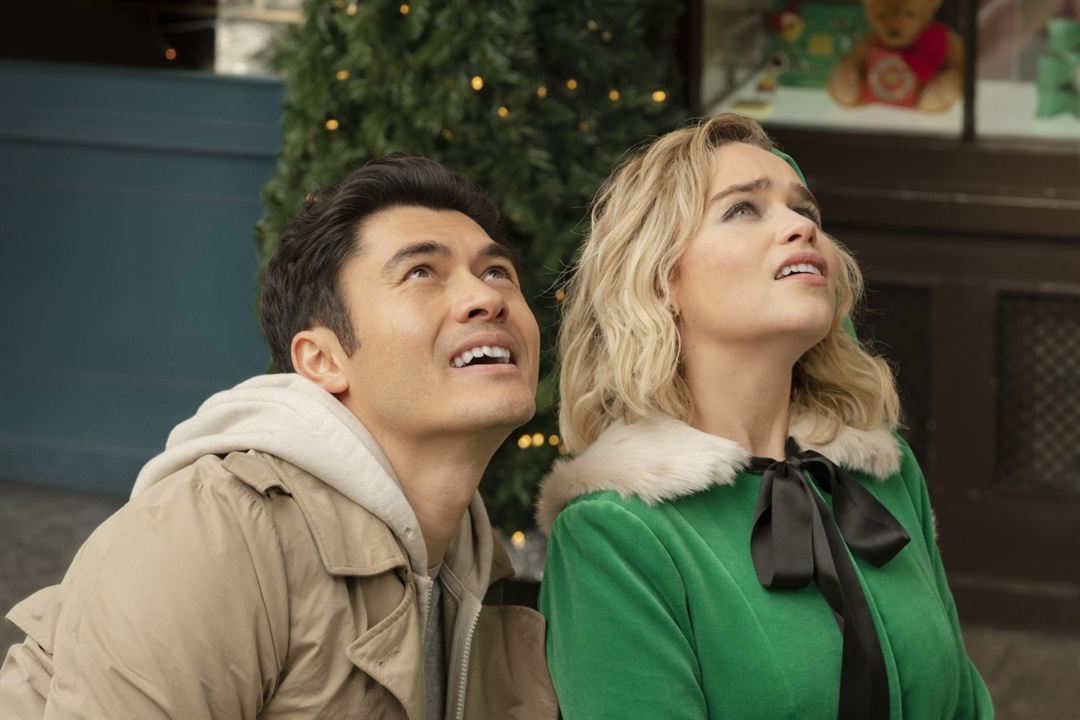 “Cuffing season” is a term that first appeared in the Urban Dictionary in 2011, familiarizing the world with the phenomena of people who would normally be single, wishing for serious relationships during the Fall or Winter months. Their desire for relationships usually springs from the prospect of prolonged indoor activity and cold weather, which makes them lonely. Notably, the term became so popular in 2017 that Collins dictionary was about to make it the word of the year, but it lost out to “fake news”. All of this is just to tell you that now that the “Cuffing season” is on, ‘Last Christmas’ could not have arrived at an more apt time.

While it is not exactly a holiday movie, the romantic comedy does set the mood for the holidays, weaving a tale of love and hope to lighten up the daily drudgery of our lives. The movie is bound to seem fresh for people who are not familiar with the London-set love stories that the British film industry has been churning out for a long time. However, to be fair to ‘Last Christmas’ it does exceed beyond the genre, giving us a sweet tale to get us in the mood for love.

Movies like these usually end up getting sequels, especially if big stars are attached. Since ‘Last Christmas’ is likely to make a lot of money at the box office, thanks to its star power, there is a good chance of us seeing a follow-up film. With that in mind, let us tell you everything we know about ‘Last Christmas 2’.

Last Christmas 2 Plot: What Can It Be About?

The plot of ‘Last Christmas 2’ will definitely pick up from after the events of the first movie, which includes a major twist. We get to know that Tom literally gave his heart to Kate last Christmas. Basically, Tom is an organ donor whose heart Kate got after her surgery. Tom died in a bike accident and revisited Kate, in order to help her through her life’s troubles. The second movie could head in either direction depending on whether Tom is an angel, an apparition or Kate’s hallucination.

If Tom is indeed an apparition, then we could see their continuing romantic story, one that will be left incomplete, but ends up helping Kate return to normalcy nonetheless. If Tom is an angel, the sequel would be all the more promising, because he could actually end up helping other people whose lives are going off the rails. Perhaps, Tom has donated his other organs as well, and he could be checking up on those recipients, whose tales could go on to shape future movies. In the eventuality that Tom is a hallucination, ‘Last Christmas 2’ could take on a much more somber tone, as we witness a mentally broken Kate, trying to find peace.

This possible avenue too could set the tone for a Christmas movie, as Kate finally rediscovers herself and makes peace with Tom’s death. The metaphorical rebirth would be a Christmas moment indeed. Other possible areas that ‘Last Christmas 2’ could explore, include Kate and Tom’s life before the heart surgery, and whether they crossed paths. Perhaps their former love lives could be contrasted to show what could have been, and never more shall be. There are several options at hand, including portraying yet another love story with entirely different characters. However, the people behind the movie will not want to do that, instead, banking on star powers to draw audiences.

Basically, it remains to be seen what direction the sequel takes since there are multiple storylines that could arise from the first movie’s premise.

Last Christmas 2 Cast: Who Can Be In It?

‘Last Christmas 2’ will definitely be looking to bring back the protagonists of the first movie, who are two of the hottest stars in the entertainment industry right now. Thus, we are likely to see Emilia Clarke reprising her role as Kate, while Henry Golding is more than likely to be returning as Tom. Clarke and Golding have had some good chemistry in ‘Last Christmas’ and will be looking to bring back the magic in the sequel.

Other cast members who might be coming back include Michelle Yeoh, the Santa, or Kate’s boss, and Emma Thompson, who appears as Kate’s mother. There might be other cast members added as well, who will be sure to bring new angles to the sequel.

Last Christmas 2 Crew: Who Can Be Behind It?

‘Last Christmas’ comes from Paul Feig, who has directed from a screenplay by Emma Thompson and Bryony Kimmings, while the story comes from Thompson and Greg Wise. It is evident that Thompson is heavily involved in the process, which leads us to believe that she would be in a unique position to carry the story forward should a sequel be made. That being said, we might see a new director boarding the project, as is the case in such movies.

Universal Pictures has handled the distribution of ‘Last Christmas’ and will be monitoring the box office collections carefully before involving themselves in a sequel. If the first film performs well, they will definitely be on board in order to maximize profits from the second installment.

Last Christmas 2 Release Date: When Can It Premiere?

‘Last Christmas’ began filming in November 2018, and the movie released on November 8, 2019, in the US, where it has been moved up by a week from its original release date, November 15, 2019, which is when it will be releasing in the UK. Seeing how the project took a year to come together, we believe that the sequel could come out by the end of 2020, but only if it is greenlit almost immediately.

A more likely scenario would be ‘Last Christmas 2’ coming out in 2022 since Golding has a pretty busy schedule in 2020. Moreover, another story would also take some time to be put together.

‘Last Christmas 2’ does not have a trailer yet but you can check out the trailer of ‘Last Christmas’ to get an idea of what the sequel might be about.