When Will ‘Last Outpost’ Return to Discovery? 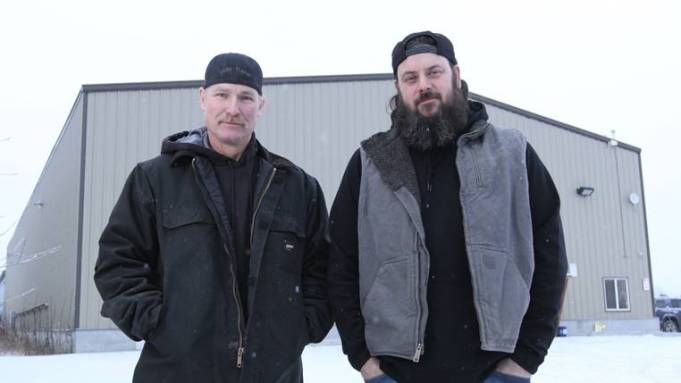 Survivalism was a surprising trend of the late 2000s, in reality shows, with the success of ‘Man vs Wild’ and then its many spin-offs and offshoots, including competitive game shows about survivalist elements. The genre, it can be debated, has since taken a backseat for a while now. It has almost been shelved completely. However, the intrigue that surviving in a harsh environment immediately creates, is an ever-present factor, which is proven easily if we take a look at the abundance of open-world survival titles in the video game industry.

On the other side of things, it is no new revelation that Discovery has been ramping up their automobile game in recent years, with titles like ‘Street Outlaws‘, and the network’s first-ever mega motor week, stealing the highlight in 2018. The curious thing is that one of Discovery’s newest pitches, with some semblance to the automobile niche, also in some regards, revokes the survivalist trend in reality TV. We are talking, of course, about ‘Last Outpost’, a show about recycling and making do to adapt, improvise, and overcome with wheels, on a harsh turf.

‘Last Outpost’ first premiered on April 17, 2018, on Discovery attracting an audience that draws their thrills from harsh survivalism. Produced by Warm Springs Productions, it has a total of six episodes that were all met with favorable reviews by critics and audiences. Now the question is, will there be a ‘Last Outpost’ Season 2? We will delve into that question, while we quickly look into the details of the series.

Last Outpost Season 2 Release Date: When will it premiere?

‘Last Outpost’ Season 1 premiered on April 17, 2018. The show’s wacky and eccentric monstrous improvisations and a very fresh setting brought a welcome novelty to both genres that it combines. Given how well the debut season has fared, with only a modest budget, the show may as well turn into a decade-long mainstay for Discovery if offered the chance.

So all things considered, it is very likely that Discovery will greenlight a second season and we might see ‘Last Outpost’ Season 2 release sometime around April 2020, even though it is a mini-series.

That said, the show has not been officially renewed yet and is still pending confirmation from the Discovery PR regarding its renewal status, so a specific air date for the second season of the ‘Last Outpost’ is still undecided. We will keep you posted as we find out.

Last Outpost Cast: Who’s in it?

‘Last Outpost’ is a very unique, one of a kind show, which brings up the frigid sub-zero temperatures and an unfriendly sheet of ice as the survivalist’s enemy. It is a far cry from the frequent and cursory usage of the Amazon rainforest, to the point that it has become a trope among these shows. As the wielders of the torch for the Alaskan off-gridding tradition, the show casts a couplet of backcountry builders of noteworthy renown in their circles – Todd Anderson and Clint Greathouse.

Because the show revolves completely around the innovative stunts they pull to improvise and build a context-appropriate vehicle for the task, the duo is indispensable. If and when a second season airs as a continuation of the same setting, we will definitely see Todd Anderson and Clint Greathouse again, attempting to brave the tundra, even though they have practically zero experience on the silver screen.

What is Last Outpost About?

The show follows the backcountry builders Clint and Todd, who have opened their titular last outpost, ‘CT Mad Modz’, with the motive to sustain the Alaskan off-gridding tradition and make their dreams of building an unbeatable machine to champion the harsh turf a reality.

Their builds are offbeat, in that they often make use of unconventional and experimental schematics, as well as a wide usage of recycled parts that often figures in these builds. This involves converting airboats into hunting transportation, school buses into a living arrangement and fashioning fishing equipment using a four-wheeler. ‘Last Outpost’ banks on the survivalist mentality and sheer ingenuity in the face of harsh challenges.

While you wait for further updates on the show, you can find the official trailer for the debut season, below, for a comprehensive look into the show.