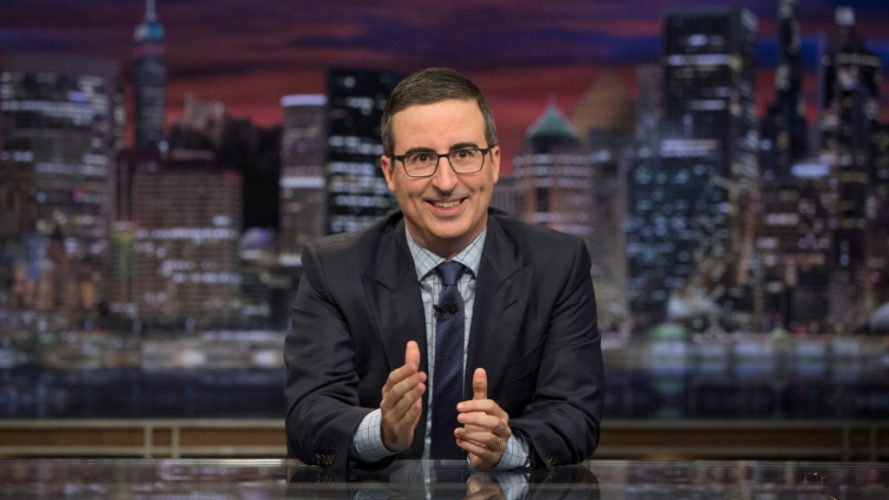 Last Week Tonight with John Oliver is an American comedy, news, and political satire late-night talk show. It is a half hour long show which is similar to the show called The Daily Show hosted by Oliver on Comedy Central. The show mainly starts with an opening theme of “Go” by Valley Lodge. Narrated by David Kaye, the very first season was released on 27th April 2014. The show starts with Oliver sitting at a desk in front a background that includes famous buildings like the Washington Monument, the Dome of the Rock, Egyptian Pyramids, the Empire State building, Burj Khalifa as well as the castle Dragonstone from Game of Thrones. One can get free tickets to this live show that are provided by HBO via various offers.

The show starts with a theme, images and satirical captions written in dog Latin. Each episode contains smaller stories and one main story. The short stories include recent news, whereas the main story covers in-depth information on political problems. They even cover political agendas that are not the attention of other news media channels. Every week, John Oliver daily presents a satirical look on the previous week’s headlines, news, current affairs, and events as well as discusses political concerns. He uses hashtags for his social media that are related to the story, many of which are known to go viral.

Last Week Tonight with John Oliver Season 5 Cast: Who is in it?

Last Week Tonight with John Oliver Season 5 Plot: What is it about?

Last Week Tonight is produced by Avalon Television and Partially Important Productions, and executive produced by John Oliver Tim Carvell, Jon Thoday, Liz Stanton and James Taylor. The structure of the show follows around dissecting new stories while providing a recap. Oliver also features a compilation of videos related to the segments. In the fifth season, that is scheduled to wrap up on November 18, 2018, Oliver discussed how the world sees America under the presidency of Trump. He threw light on how digital currencies are increasingly emerging as a threat. He tries to tell the audience and the viewers to gamble their money in this field cautiously. He also addressed pregnancy and abortion-related talks, throwing light on how institutions provide misleading information and incorrect data to confuse pregnant women.

He also discusses corporate taxes and provides some examples of how some big companies avoid taxes. He also studies the promises of new tax plans that were made and the big flaw in the American tax system. He goes on to talk about a letter delivered from Kim Jong-un to President Donald Trump. John Oliver revealed how Chinese president Xi Jinping is using a myriad of ways to put China on the world map for wanting the world to know how powerful China is. He has cancelled his old strategy of ‘hide your strength and bide your time’. He became quite popular among Chinese people after he targeted corruption among government officials.

Last Week Tonight with John Oliver Season 6 Release Date: When will it premiere?

HBO has announced John Oliver has signed a contract for Last Week Tonight till 2020. With season 5 expected to wrap on November 4, 2018, it is still unclear as to when a possible season 6 can be expected. There are some speculations that the sixth season will get an air date of 2019 or 2020. We will update this section when we have more information.

You can watch the Trump vs. The World episode from season 5 below