When Will Late Nite Eats Season 3 Premiere on Cooking Channel? 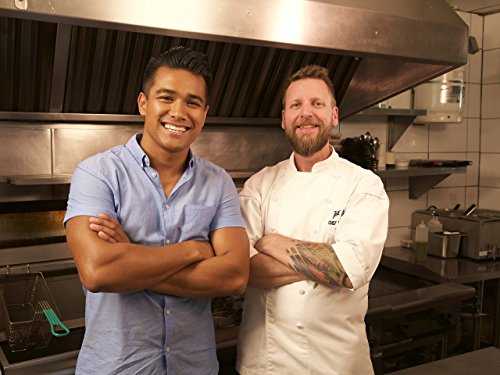 Food and cooking have always been a favorite subject for humankind. Since the beginning of time, we have been adept at exploring creative techniques and uncovering scrumptious ingredients that make our meals even tastier than they already are.

However, not many producers and TV networks would have imagined that the basic art of cooking would become a mainstream tv genre someday. It was in the mid-2000s when the different styles of food technologies and recipes made their way onto television. With the start of Food Network in 2005, the kitchen became one of the most visited topics, and many tv series were then based in and around multiple delicacies.

Late Nite Eats is another show in the category that explores the food industry differently. Co-Produced by Cooking Channel and With Boat-Rockers Studio (responsible for various shows on cooking such as Vintage Tech Hunters and Mary’s Kitchen Crush), Late Nite Eats showcases a different world of food altogether. Each episode witnesses chef Jordan Andino visit various towns and cities around the world in search of restaurants, serving their best delicacies in the unusual hours.

The show has had two successful seasons so far. Now the question is, will there be a Late Nite Eats Season 3? We will delve into that question, but first, let’s quickly look into the details of the series.

Who is the host of Late Nite Eats?

Andino has worked in various restaurants and earned his fame by being associated with highly acclaimed kitchens such as The French Laundry and Jean Georges. His natural flair for cooking paved his way to worldwide recognition and earned him many brand collaborations. His approach then caught the eyes of several television networks and icons. He has appeared as a chef, contestant, judge and given guest appearances for various shows.

In 2017 fall, he launched Late Nite Eats on Cooking Channel. In his search of finding a restaurant after the usual dining hours, he meets various chefs from different corners of the city to taste their most popular dishes and learns about the stories behind these treats.

What is Late Nite Eats about?

Late Nite Eats follows Jordan Andino as he sets out to investigate how the late-night food tradition is influenced by the culture of the various places he visits. Cooking Channel has so far aired two seasons of the show. The first season ran from September to December 2017 with 13 episodes and the second season ran from October 2018 to December 2018 and had 11 episodes. The new and innovative concept plus the delicious-looking delicacies make the tv series a delight for the eyes.

Jordan begins his journey from Pittsburgh. He then covers Montreal, Portland, Vancouver, Providence, Atlanta, Nashville, St. Louis, Tucson, and Toronto in the last episode. Some of the more famous restaurants and dishes he tries include Japanese style fried chicken at Umami in Pittsburg, grilled chicken at Moishe’s in Montreal, Polynesian skewers in Portland, seafood paella in Vancouver and lemon cheese pie in Providence. He also visits the Twisted Soul Cookhouse in Atlanta, Butcher, and Bee in Nashville, Gamlin Whiskey House in St. Louis, Pasco Kitchen and Lounge in Tucson and Chantecler in Toronto.

Season 2 brings Jordan to Washington D.C. after which he visits Charlotte, Boston, Memphis, Halifax, Orlando, Denver, Calgary, Milwaukee, Philadelphia and San Antonio. In this season, amongst some of the popular dishes that he relishes, are the burgers in EatBar in Washington, which by the way, is a popular hangout of the Capitol Hill employees.

He also tries the fried chicken at Haberdish in Charlotte, Korean tacos at Beantown in Boston and grilled cheese sandwich at The Watch that Ends the Night in Halifax. He tastes the Columbian cuisine in Super Rico Columbian Bistro in Orlando, the most popular wings in Philadelphia at the Taproom on 19th and Texas-style fried chicken at Cullum’s Attagirl in San Antonio.

Late Nite Eats Season 3 Release Date: When will it premiere?

The show, after its release, opened to positive reviews. However, as time went by, it began to fail in capturing the imagination of its viewers. Although the network is yet to renew the series for its third season, the show is likely to be pulled off due to the lukewarm response its last season received.

However, looking at the popularity of its celebrity chef Jordan Andino, who was included in Zagat’s 30 Hottest Chefs Under 30, and with People’s Magazine selecting him as the sexiest chef in America, we can still expect that the series might actually make a comeback. And if everything goes as planned, we can expect Late Nite Eats Season 3 to premiere sometime in October 2020.

One can never get tired of watching good food. You can watch a clip from one of its episodes below