Laurel Canyon on Epix: Everything We Know 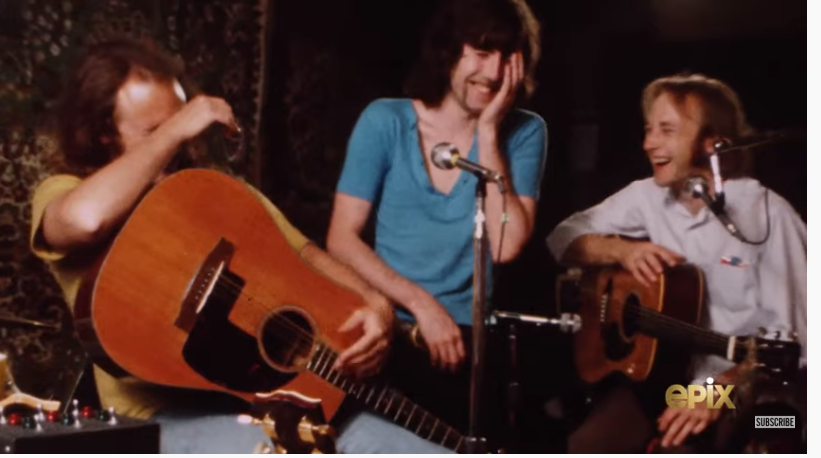 Originality in music seems to be a thing of the past. Those who grew up listening to the likes of Queen, The Doors, Eagles, Beatles, Led Zeppelin, or Black Sabbath will know that classic rock has almost reached its demise. Well, reviving this bygone era is Epix’s documentary ‘Laurel Canyon’. Directed by Alison Ellwood, the feature-length miniseries unveils a mythical world that lives only in our memories. Here’s everything you need to know about this show that promises to strike at all your nostalgic chords.

Laurel Canyon Cast: Who is in it?

In one of the episodes, Dolenz explains that Laurel Canyon “was a very small community of musicians and long-haired weirdos” — to which Nash adds, “We were at the very center of this beautiful bubble of creativity and friendship.” Crosby adds: “When chemistry happens between people musically, it’s magic.”

What is Laurel Canyon About?

‘Laurel Canyon’ centers around the music scene that blended into a cultural revolution in the eponymous neighborhood of Los Angeles. This area was the home for many iconic artists, starting from the 1960s. The docuseries pulls back the curtains on a mythical world by giving fans a never-seen-before, personal look into the lives of the musicians who transformed popular culture during those times. The immersive and experiential show explores one of the most dynamic chapters in the history of music.

As explained by Alison Ellwood in Epix’s press release: “Though a little too young to have experienced the Laurel Canyon music scene first hand, the songs created in that magical place made it onto the radio and traveled over 6000 miles to where I was growing up in the UK. The music is the soundtrack of my youth; each song evokes memories becoming timeless in my consciousness. I am thrilled to be a part of this talented team assembled to tell this incredible story.”