Are Lauren Speed and Cameron Hamilton Still Together? 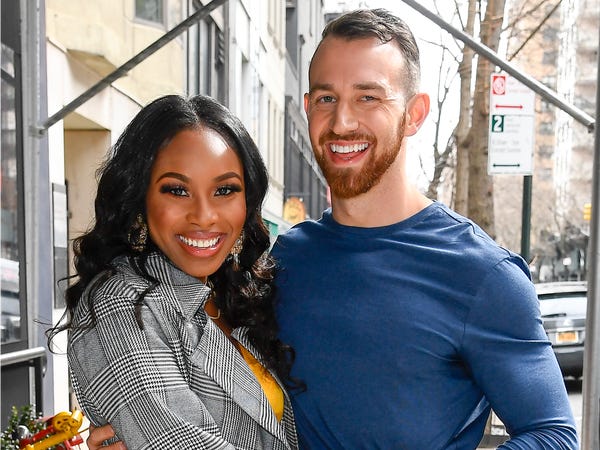 One of the couples in Love Is Blind who seemed to instantly hit it off right from the beginning was Lauren Speed and Cameron Hamilton. And eventually, as expected, they ended up getting married. However, Love Is Blind was filmed way back in the later months of 2018. This translates to the fact that it has been almost more than a year since the couple tied the knot. But does that mean they are still together? Let’s find out.

Are Lauren and Cameron Still Married?

Yes, they are! And we know you are delighted to hear that. The couple even appeared in the reunion episode that aired on March 5, 2020, where they confirmed that they are still happily married. Currently, they stay together in Cameron’s house in Atlanta where they also have an adorable adopted dog.

The two had to conceal their relationship while Love Is Blind was on-air since they were under contract to not reveal any spoilers. But now that everything is out in the public, Cameron had this to say about their chemistry during an interview with CNN:

“Well, it would be hard to (fake it) for a year and a half. You’re talking about blending families. Like, my father was there and crying at my wedding. My mother, Cameron’s parents. (Everyone is) happy and involved in it all. I mean, we live together. We have a dog together.”

Recently, Lauren also posted a TikTok clip of the newlyweds going through self-isolation in a very unique way. The video below shows Lauren displaying some crazy moves with their dog and Cameron while being quarantined during the ongoing pandemic. She posted: “This is what happens when Lauren and I are in quarantine together.”

The couple has also launched their YouTube channel. Lauren announced the same on her Instagram handle, where she wrote:

“Our YouTube channel is officially live! Although the shows over… our story is just beginning. ?We are so excited to continue our journey with you ? Hangin’ with the Hamiltons will follow Cam and I through day-to-day adventures – our highs, lows, and everything in between. We talk relationship? date ideas?, recipes for dinner at home? travel ✈️, blending families, and raising a rascal of a dog? Everything is fair game.”

In fact, as per recent updates, Cameron and Lauren are also looking forward to expanding their family. According to Cameron, their maternal instincts seem to be kicking in.

Yes, it seems that the pair has planned it for the long term and they are a real deal. And this is really not a surprise. We saw them building a strong connection right from the time they started talking to each other through those non-see-through pods. The couple even admits that because of their disconnectivity from the world, they could relate to each other’s emotions. In fact, they developed a connection of the souls — as explained by Cameron.

Even their discussions were very focused. Cameron explained their connection to CNN, saying: “I mean, none of it was forced at all, you know, we had that instant chemistry. With Lauren and I, we had many dates that just didn’t make the show for time’s sake. And, you know, we talked about everything that you could possibly talk about and we didn’t waste a minute in the pods.”

Lauren and Cameron are definitely setting couple goals. Just have a glance through their social media profiles and you will see not a single negative comment (almost). This means that they make people happy and are continuing to inspire innumerable singles. We indeed hope that they stay as they are and meet several other milestones in the future.

Read more: Are Amber Pike and Matthew Barnett Still Together?