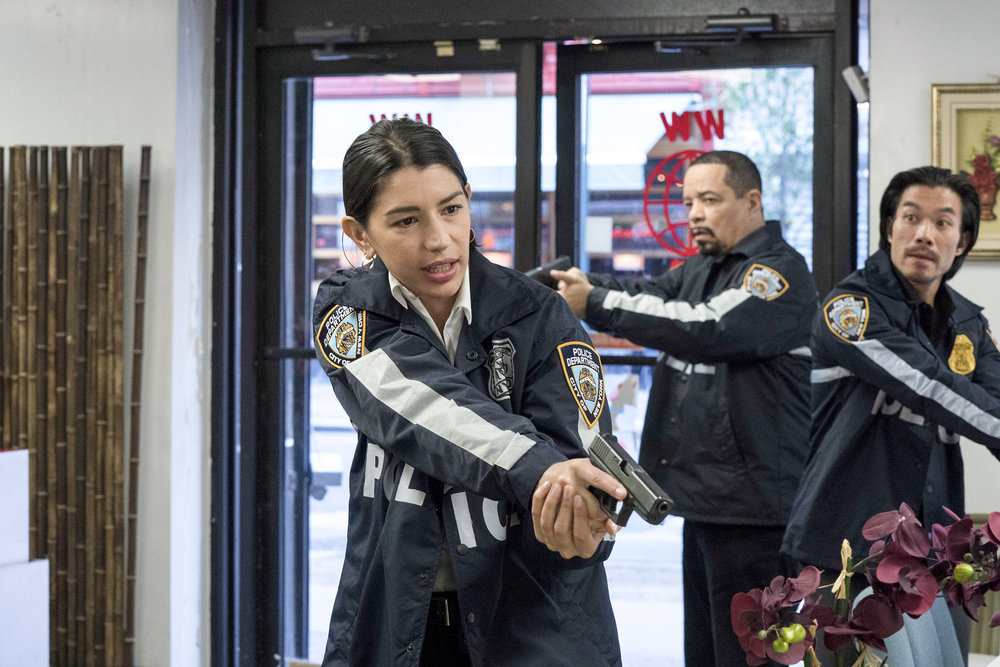 ‘Law & Order: Special Victims Unit (SVU)’ is a crime drama that focuses on a group of proficient detectives who solve cases that are a reflection of the everyday headlines. The show also tackles sensitive cases that are not showcased often in the television scene, giving the audience a more realistic and thoughtful depiction of horrifying crimes.

Season 21 of the longest running prime-time crime action TV show premiered on September 26, 2019. Since getting back from a mid-season break on January 9, 2020, the show has depicted spine-chilling cases involving the high-profiled scandal of sexual offender Jeffrey Epstein (deceased), another case of local police negligence where a stripper gets molested by an athlete, and makes use of a billboard to address her ordeal, a harrowing rape case involving one of the higher officers of the law. Meanwhile in the unit, Carisi finally has a trial win to his credit, and he and Amanda Rollins are getting closer day by day. Benson is having a tough time dealing with a personal loss and Kat is just being her impulsive self.

Well, seems like the writers are not going to press the breaks on the high-octane drama anytime soon. And episode 13 is a testament to that. Don’t believe us? Check the recap section. Read on, in case you would like to know the details of the upcoming episode – ‘Law & Order: SVU’ season 21 episode 14.

You can check out the promo of episode 14 below:

The upcoming episode has been titled ‘I Deserve Some Loving Too.’

In episode 14, we can expect to see Amanda Rollins going undercover to hunt down a predator who is misusing his position with the government and is targeting vulnerable victims by holding up their green cards and coercing them into offering sexual favors. Will the victims testify, or will they refrain from doing so, fearing deportation?

Where to Watch Law and Order: SVU Season 21 Episode 14 Online?

You can catch ‘Law & Order: SVU’ season 21 episode 14 on NBC at the above-mentioned time. You can also watch the episode on NBC’s official website, as well as, the NBC app.

Will Kat ever learn? In the Kat-centric episode 13, we see Kat acting prematurely when she is following a case of the owner/trainer of her gym, Romeo Solis, who is accused of inflicting physical misconduct on one of her young proteges Cammy. Before he is convicted for his crime, one of the best boxers in his league Esperanza, lands a fatal blow on him which causes him to hit his head and die.

Meanwhile, it is revealed that Cammy and Romeo were together, Esperanza hit him just because she heard rumors of him raping Cammy. Therefore, we see Carisi and Rollins convincing Hadid to take it easy on Esperanza, claiming that she is just a kid who has acted out of rage, with no hidden intentions for Romeo’s death but in vain. Esperanza gets charged with manslaughter anyway.

We later learn that Esperanza’s father Santos is the real culprit. Santos has been molesting his daughter since her mother left and that is why Esperanza has turned to boxing. She reveals that the real reason behind her hitting Romeo is because he taunted her about her father’s abusive nature. The team helps Esperanza in getting her father’s confession on tape and after her sister’s testimony, Santos is convicted.

Throughout the episode, we see Benson trying to protect Kat from jumping the gun because of her over ambitious nature. For someone who doesn’t think twice before letting their emotions get the better of them, Kat is lucky she is still in the team.