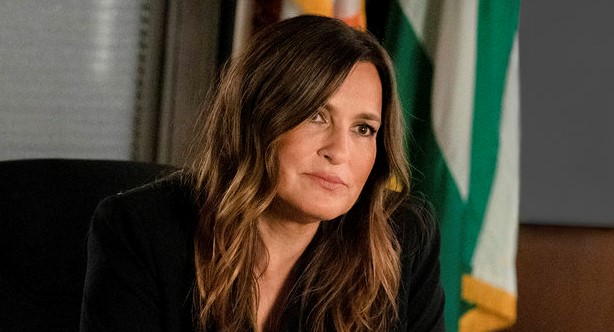 In the seventh episode of ‘Law & Order: SVU’ Season 23, Benson looks into a case involving the suspicious disappearance of a sex worker. However, she finds multiple dead bodies and realizes that a serial killer might be involved. The team grabs hold of a suspect working in close ties with all the missing women, but he pleads that he is innocent. The rest of the recap highlighting the important events is outlined at the bottom. Now, you may gear up for episode 8 arriving next week!

‘Law & Order: Special Victims Unit’ season 23 episode 8 will premiere on November 11, 2021, at 9 pm ET on NBC. This gripping crime drama series usually releases new episodes on Thursdays. Every installment has a runtime of around 40–44 minutes.

You can watch ‘Law and Order: Special Victims Unit’ season 23 episode 8 on NBC if you tune into the network at the above-mentioned date and time. It also will be available on NBC’s official website and NBC app shortly after its premiere. Additionally, you can catch the action unfolding on the subscription-based service Hulu.

In the eighth episode, titled ‘Nightmares in Drill City,’ Benson’s team will investigate a special case brought in by the DA’s office. Usually, the police cases shift to the DA’s office for prosecution, but we can expect the tables to turn in the upcoming installment. Carisi will ask the SVU for their insight on a murder investigation when one of the witnesses could potentially be the victim of abuse. Here’s a promo that could give you a better glimpse into what’s coming next!

The seventh episode, titled ‘They’d Already Disappeared,’ opens with two sisters — Tanya and Daria — who interact under suspicious circumstances. A few minutes later, Tanya calls her sister in tears claiming that she has been raped and choked. Daria Cruz then walks into the station, reporting the incident to Benson and Rollins. She also reveals that her sister is a sex worker who usually calls to ask for drug money. Benson then realizes that Beauty, one of Tanya’s friends, has also disappeared.

Rollins finds a suspect named Country, who is the last person Tanya saw before she went missing. He reveals that she and some other sex workers used to drop their possessions at his restaurant for safekeeping. Fin, Velasco, and Rollins are told by Country to keep an eye on 9th Avenue. However, they are approached by a young boy who mentions the vampire, a man who shows up only after dark. Rollins and Velasco find a building crowded with multiple dead bodies, including those of Beauty and Tanya.

The medical examiner manages to ID two more girls, who were taken when Country was in custody. Benson meets the son of one of the victims, who remembers a man leaving with his mother in a grey truck. Through the license number given by the kid, they find Trace Lambert, the owner of the truck. They also find Trace’s mother, who believes that her son is not as skilled and methodical as the serial killer. However, Trace ultimately admits that it was him all along, much to Benson’s horror!