When Will Law & Order True Crime Season 2 Premiere on NBC? 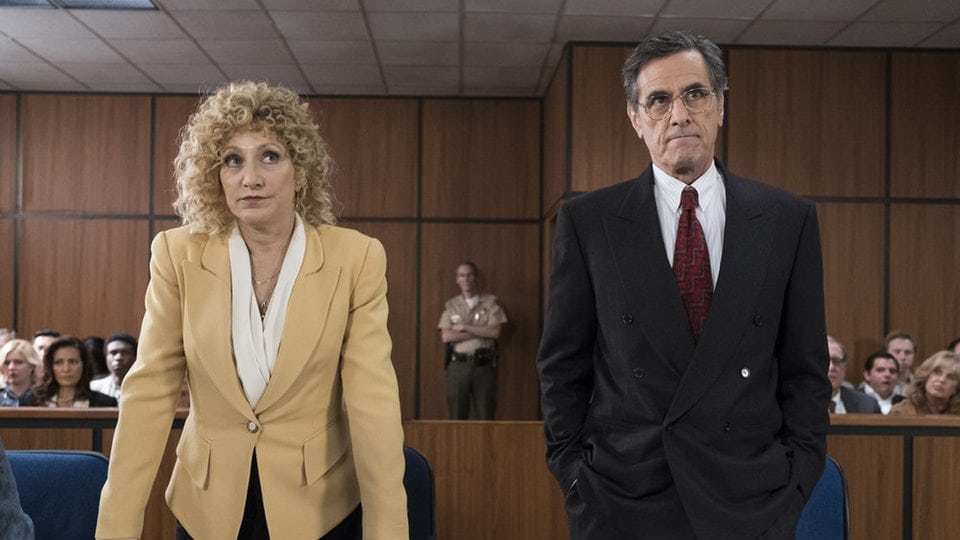 It is common knowledge that crime as a fictional genre sells quite a lot: crime fiction is the top-selling genre of book in the UK currently. Crossing over to the side of non-fiction, it dons the plaque of ‘true crime’: documentation of actual crimes that have taken place (traced as far back as mid-sixteenth century English crime pamphlets which were either sensational or didactic). True crime on TV is a much-maligned and diluted genre today, and about half of it gyrates around a handful of famous serial killer cases. It got famous to the point that the late ’80s saw the arrival of mainstream cop procedurals – a category of shows that focuses on police-work with imaginary cases.

Naturally, its attempted realism was often marred by hero-worship of the police force for a good ten years. Law and Order, in this sense, was a breath of fresh air. Unlike many cop procedurals, the initial seasons of Law & Order (1990-2010) are a realistic depiction of police work in a detective-thriller frame done right.

Law & Order: SVU, as a spinoff, does some things differently. Chiefly, its focus shifts from the realism of hard-line policing and the technicalities of martial law to a more character-driven drama — all about backstories and developments. 2017’s Law and Order: True Crime season 1, titled Menendez Murders, manages to strike the perfect balance between the two extremes, adding the spice of well-written character drama to a creative depiction of the featured slayings.

The first season of the show was well-received. Now, the question arises: will there be a ‘Law & Order True Crime’ season 2? We will delve into that question, but first let’s quickly look into the details of the series.

Law & Order True Crime Cast: Who is in it?

Unlike what ‘True Crime’ suggests, Law & Order is a dramatization of actual events, complete with an ensemble cast. That being said, it is also an anthology series completely distinct from the mainline Law & Order show. It does not feature even any cameos from the original cast. The main highlight of the show is indubitably Edie Falco in the lead role of Leslie Amberson, the defense attorney.

Law & Order True Crime never cuts corners on its strong acting, and Edie Falco’s silver screen credibility is the cornerstone of this quality. Falco is best known for her role in the acclaimed HBO show The Sopranos (1999-2007) and has teamed up with a number of different production houses for impressive projects, ranging from Showtime’s Nurse Jackie (2009-2015) to the Louise C.K. web series Horace and Pete. Edie’s performance with Law & Order was worthy of her 14th Emmy nomination, but her co-stars in the main cast, Gus Halper and Miles Gaston as the Menendez brothers are equally compelling.

Law & Order True Crime Plot: What is it about?

The mainline Law & Order show is mainly about capturing the essence of the process of law enforcement investigation and all the familiar police-work stuff – including its more violent end. What makes it so special is how the show explores the nuances and ethical questions of hardline policing. In a way, it has that ample room to explore such themes is because it is all fictional accounts.

Law & Order True Crime as an anthology spinoff, however, is a fictionalized account of real events, which in the case of season 1, is a 1993 trial against Lyle and Erik Menendez, convicted for murdering their parents. In reality, this incident was no freak accident, neither an open-and-shut trial. The brothers were first tried in court separately, which came to a stalemate as a mistrial, before the same jury put them on the same trial, broadcast live on Court TV.

The Menendez brothers were themselves the victim of emotional and sexual abuse by a perfectionist, pedophile father, and an unstable mother with a drug problem. The premise is therefore already opportune with themes of ethical grey areas, and the show capitalizes on it. The real props go to the fact that it still takes its chances with action-heavy sequences – the opening is a reenactment of the shotgun murder that started it all, and it takes a visceral approach with slow-mo pellets and bloodbath.

The bulk of the show still covers the trial, though, focusing on the perspective of defence attorney Leslie Abramson.

Prior to its release, the Menendez murders was already a subject explored by various well-known films, and not to mention well-recognized as a pop culture sensation. NBC’s Law & Order rendition still manages to make a mark by making its own unique tweaks and focusing its eye towards little details, including its subplot about Dr Jerome Oziel. Law & Order: True Crime started on a good note commercially, with a 1.6 rating and 6 million viewers during its premiere – which, however, was never bested and dwindled over time (to as low as 3.5 million on episode 6).

The story of the Menendez murders has been told in full, though, so next season we should expect to see some other famous case covered in the anthology series. That is not to say we will be seeing that anytime soon. The show is indefinitely on hiatus right now – so albeit it is far from cancellation, ‘Law & Order True Crime’ season 2 release dates will remain TBD for a while.

Since the show is currently on hiatus indefinitely, there will not be any teasers or trailers for prospective upcoming seasons for a while. On the bright side, though, this also makes it a great time to catch up with Law & Order True Crime if you have not watched it yet – in which case, a great place to start would be the launch trailer for the debut season of the spinoff. You can find it here.