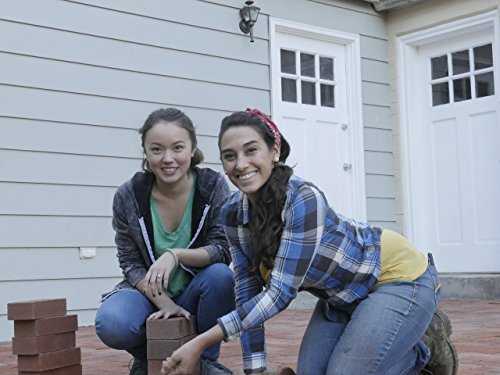 As the reality TV boom took the broadcasting world by a storm, a few decades simultaneously started sprouting from its seed and branching off. The mainstream reality show entertainment consists of game shows played between the aspirant everyman star, or already reputed celebrities, who are invited to boost the show’s star power, but these offshoots oust the shell of a competitive reality game and instead attempt to put the reality TV formula into documenting a line of vocation – most notably, we have seen detectives, surgeons, car mechanics, and entrepreneurs before, but the front that really continues to take the cake in recent years is the real estate sector. House renovation and villa salesmanship has become a staple for many shows on major networks like Oxygen and Lifestyle, and the dominant swath of these are about selling a particular kind of lot to potential buyers – and we have shows like Log Cabin Living and Beach House Hunt, most of them the same wine in different bottles.

However, DIY’s Lawn and Order stands out from this web of real estate reality TV tropes, because it branches out into even more specific specialization: that of terrain editing. The show focuses not on the actual houses, but the exterior lots they are situated upon so that the house looks gorgeous from the walkway itself – a discipline known as landscaping and landscape designing.

Lawn and Order Season 2 Cast: Who’s in it?

The show’s major area of focus is, of course, the houses and the lots thereof, but this is only made possible by the field experts that both host the show and get the job done: Sara Bendrick and Chris Lambton, both of whom are eminent internet personalities that you are likely to have seen before if you follow shows on landscape designing at all. The Californian architect Sara Bendrick and landscape designer has her hands full when it comes to either turfing or TV show hosting, as she also hosts another DIY show, Build it Like Bendrick, as well as some other shows with different networks, including ‘I Hate My Yard’. Chris Lambton also matches up to this, being the best landscaper in Massachusetts and having an even longer TV career including ‘Best Ever Treehouses’ and also a 2010 entry in ABC’s ‘The Bachelorette’, no less. Although it has not been officially confirmed, we can expect them to be back on season 2 for Lawn and Order.

Lawn and Order Season 2 Plot: What is it about?

The show follows Sara and Chris, as they take on a project each episode to beautify the backyards and increase the curb appeal, after pitching the prospects and estimation to the potential homeowners. So next season we may see eight more episodes of cross-country landscaping and essentially home renovations without going into the interiors.

Lawn and Order Season 2 Release Date: When will it premiere?

Being one of the few genuinely good landscaping shows that is not on syndication right now, Lawn and Order, even though it only has its debut season to display the numbers, boasts a high rating. The show has much potential to turn into an at least five-series long saga, and DIY will certainly have all the incentive it needs to renew the show. That said, it has not yet been renewed. We expect it to be a spring release in 2019, but specific air dates are officially still TBD.

With the renewal status still pending confirmation, there is no news on the filming of a new season yet, and so no dice for teasers or trailers on season 2 either. We will update you as soon as trailers are released, so do keep an eye out! In the meantime, here is a clip in which Sarah Bendrick, one of the hosts, talks about the show at length.