When Will Lazor Wulf Season 2 Premiere on Adult Swim? 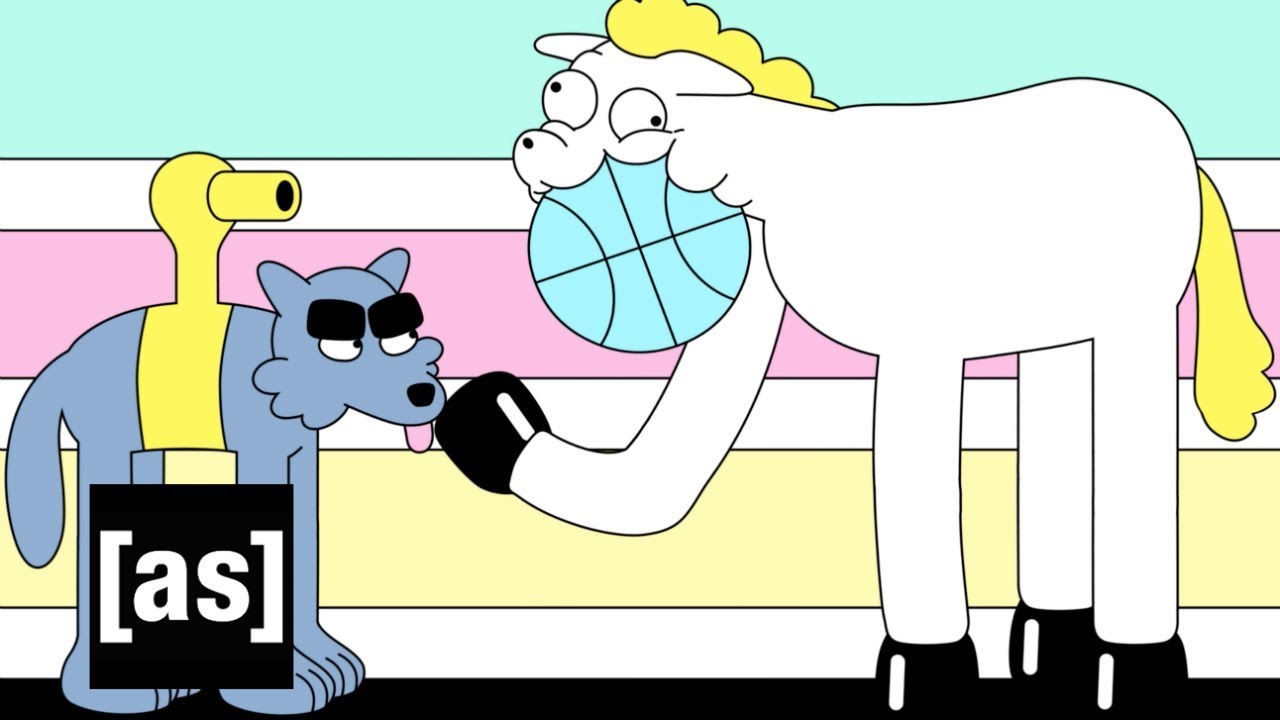 Cartoon Network’s alternate content block, Adult Swim, which broadcasts adult-oriented program from 9 PM to 6 AM is a great home for animated series. The first season of its latest offering ‘Lazor Wulf’ premiered on the platform on April 7, 2019. It is created by Henry Bonsu, who also serves as the executive producer alongside Daniel Weidenfeld, Carl Jones, and Vince Staples. The animation studio involved in this show is Bento Box Entertainment.

For those who don’t know let’s first understand the type of content which primarily dominate its parent broadcasting platform. Well, Adult Swim airs programs, suitable for after-dark hours. In short, it becomes active when Cartoon Network’s targeted audience — kids aged 6–15, are usually asleep. So, as you can already guess, AS’s majority of shows centers around experimental, offbeat, unconventional, unrefined, and dry improvisational humor — coupled with cheap animation (on purpose) and weird presentation. Most of its programs fall under the genres of adult anime, mockumentaries, sketch comedies, live action, and pilots. And since the shows might feature bits of sexual themes, rough language, surrealism, and graphic violence, they are considered not so appropriate for kids. But of course, each of these elements strongly connects with and makes sense to grown-ups and young adults. Similarly, adhering closely to its norms, AS came up with this idea of ‘Lazor Wulf’, which is nothing but a trippy and satirical animated sit-com.

Lazor Wulf Cast: Who is in it?

‘Lazor Wulf’ features American actor and rapper Vince Staples as the main voiceover artist. He is best known for his three-member hip-hop band Cutthroat Boyz and has appeared in a number of albums such as Stolen Youth, Hell Can Wait, Summertime ’06, Big Fish Theory, Humanz, and FM!.

Fellow rapper Shelley Marshaun Massenburg-Smith, who popularly goes by his stage name DRAM (Does Real Ass Music), serves as the second voiceover artist. He is an American rapper, singer, songwriter, and actor, already recognized for his billboard hits such as Cha Chaand and Broccoli.

Lazor Wulf Plot: What is it about?

Well, this colorful animated show comes with a weird intro, which goes something like this —  ‘Lazor Wulf’ is “about finding the inner strength to buy your own cereal, not dying, and the art of the scam”. Duh! what does this even mean? Let’s elaborate it a bit then.

‘Lazor Wulf’, as apparent from its name, is about a wolf who carries a laser on his back. He is a strong believer of the adage – “love is boundless’ and he also thinks wearing do-rags is cool. And he doesn’t believe in ‘Gawd’ (God). Now, according to him, romance can involve anything and everything, surpassing all boundaries and including all types of characters — anthropomorphized animals and humans. His BFF is a big-foot named Yeti and his neighbor is annoying Stupid Horse, who just wants to hang around with the group. Lazor Wulf also holds a strong belief that Gawd (a lie) will pose all sorts of obstacles to stop him from romancing His creations. Set in the fictional city of Strongburg, ‘Lazor Wulf’ follows the activities of this set of bubbly characters as they roam around popular neighborhood joints such as The Curb and Esther’s.

Now, why should you watch it? Here are some of our reasons. Coupled with an exceptional art style, voiceovers, and narration, this show is cute and charming and yet hints at self-awareness, depth, and satire. The lovable characters leave memorable imprints and the comedy is apt. Moreover, with Staples bring in his impassive sense of humor and unique stoner quirks, this trippy show is worth all its hype!

Lazor Wulf Season 2 Release Date: When will it premiere?

Adult Swim’s lengthy catalog of programs is primarily aimed toward the millennial generation. This unique destination carefully analyses and understands its viewers. And hence, ‘Lazor Wulf’, like all its other content, is interesting and connects with the channel’s subscribers. To give an example, Adult Swim came up with Robot Chicken,  the stop motion sketch comedy television series, which won one Annie Award and six Emmy Awards. Packed with elements such as parody, satire, black comedy, and surrealism, it is quite a masterpiece, which garnered immense applause from its huge viewer base. Therefore, going by Adult Swim’s branded and rich content, Lazor Wulf is a strong contender to get another season. If the show does get a renewal, Lazor Wulf season 2 might release sometime in Q1 2020. We will keep you posted as soon as we receive the official confirmation.