Lazor Wulf Season 3: Everything We Know 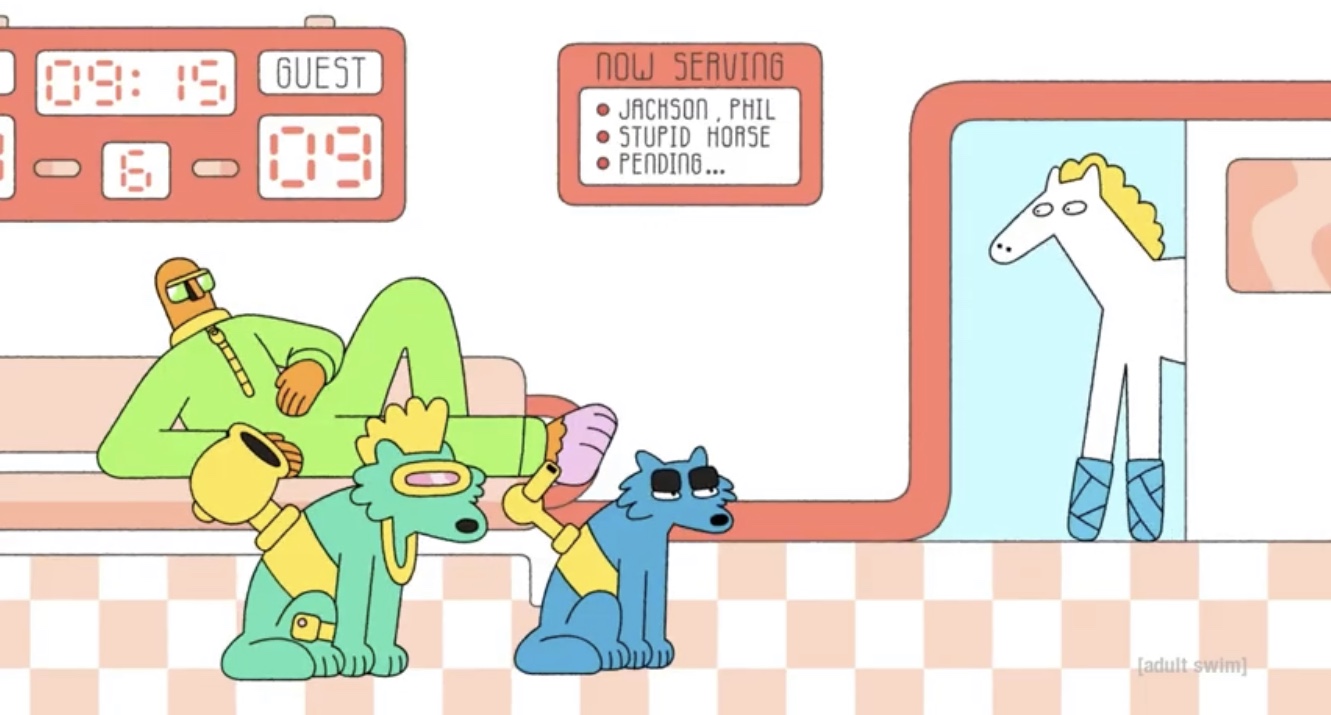 ‘Lazor Wulf’ takes place in what looks like a two-dimensional trippy smear of colors and shapes. Like its other Adult Swim counterparts, it is brash, quirky, self-contained, and all the other ingredients that make AS cartoons appetizing. ‘Lazor Wulf’ revolves around a wolf carrying a laser on his back.

Although it sounds serious, it is not an adventure-instilling adrenaline-boosting ride. It is instead a peek into the lives of the wolf and his friends as they comically tackle first-world problems like “finding the inner strength to buy your own cereal, not dying, and the art of the scam,” as the official synopsis suggests. After its successful span over two seasons, fans are curious about ‘Lazor Wulf’ season 3. Here’s everything we know.

‘Lazor Wulf’ season 2 released on March 31, 2020, on Adult Swim and came to an end on January 10, 2021. It consists of 10 episodes with a runtime of 11-12 minutes each. After a long wait, fans were finally reunited with its morbidly hilarious and bizarre comedy.

As far as the third season is concerned, here’s what we know. The creators haven’t released any news implying its return. But its popularity among AS viewers is high enough for the series to sail into yet another season smoothly. Hence, its renewal is largely anticipated. If and when that happens, we can expect ‘Lazor Wulf’ season 3 to release sometime in 2022.

Lazor Wulf Season 3 Cast: Who Can Be in it?

The show’s voice cast is led by critically acclaimed rapper Vince Staples who voices Lazer, the chill protagonist who walks around with a laser on his back. J.D. Witherspoon lends his voice to Stupid Horse and Various. Ettore “Big E” Ewen is the voice behind Canon Wulf. Andre Pascoe lends his voice to King Yeti. Reginald VelJohnson voices God. Other voice cast members include D.R.A.M. as Wallace, Henry Bonsu as Various, and Quinta Brunson as Blazor Wulf and The Youth. The mysterious creator of the show Henry Bonsu also lends his voice to Various. Almost all the voiceover members are expected to return for the new season.

Lazor Wulf Season 3 Plot: What Can it Be About?

The finale of season 2 casts its focus upon the wolves and Stupid Horse. Blazor excitedly runs an “exposition” where she sells trees. She is also simultaneously fighting a tree spirit that possesses people and trees. At some point, it devours Stupid Horse, then lets him go because he is too stupid. Blazor then sacrifices herself as a last resort to save the town but is set free because of her callousness. The spirit then decides to leave them in peace, but Blazor’s business is blown to smithereens!

Season 3 will host another quirky outpour of comedy, with Lazor and his friends once again trying to get through simple tasks that pose superior challenges for the group. The new season is expected to introduce new characters, or shall we say ghosts and other anthropomorphic creatures that might engulf the series in infectious stories. After all, anything can happen in Strongburg.