Will There be a Le Bazar de la Charité Season 2 on Netflix? 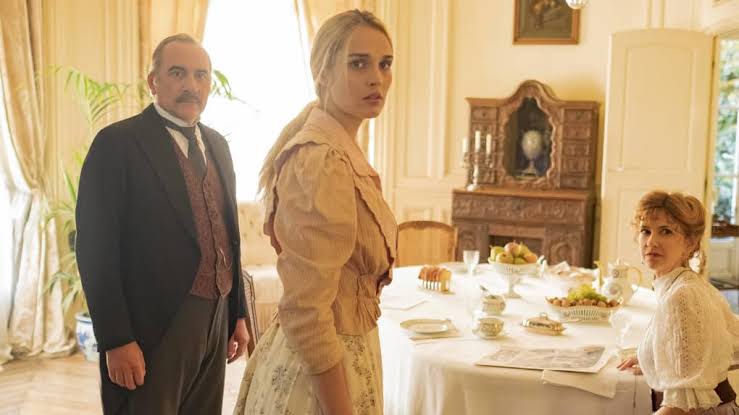 ‘Le Bazar de la Charite’ or ‘The Bonfire of Destiny’ (in English) is a French historical drama created by Catherine Ramberg and directed by Alexandre Laurent. It premiered in French-speaking Switzerland on RTS Un on November 10, 2019. Based on a true story, inspired by the 1897 tragic fire in the Bazaar of Charity, Paris, it was released in France on November 18, 2019, on TF1. It was later picked up by Netflix to air for the international audience.

‘Le Bazar de la Charite’ marks the first collaboration of TF1, France’s leading commercial network, with Netflix. The ambitious period series is written by Ramberg and Karine Spreuzkouski and follows three women who are entwined by fate after the devastating fire, which results in more than 130 deaths.

The first season of the show has already been well-received. Now, the question arises: will there be a ‘The Bonfire of Destiny’ season 2? We will delve into that question, but first let’s quickly look into the details of the series.

The Bonfire of Destiny Cast: Who’s in it?

The Bonfire of Destiny Plot: What’s it about?

The events of ‘Le Bazar de la Charite’ take place in Paris in November 1897, when a tragic fire completely transformed the building of Bazar de la Charité into ashes. This happened when a massive charity event was being held at the venue. As an aftermath of the disaster, there were over 130 deaths, most of them being high-society women and their entourages.

The story chronicles the consequences of the tragedy in the lives of three women, Adrienne De Lenverpre, Alice De Jeans and her maid, Rose Rivière. After the fire, they see their destinies being torn apart by problems such as “identity theft, forbidden love, betrayal, and emancipation.”

The story begins by introducing us to Adrienne de Lenverpré and her daughter Camille, after which the former is informed by a maid that her husband wishes to see her. Adrienne meets Marc-Antoine de Lenverpré downstairs, her husband and a candidate of the Senate Presidency. However, Marc has recently discovered that his wife had been planning a divorce behind his back — an act he doesn’t take lightly. At that very moment, Adrienne also discovers that Marc has sent off Camille to boarding school without her consent. After the events, Marc compels Adrienne to accompany him to the Bazaar of Charity.

Next, we meet the other characters, Jean Rivière, Rose, and Alice Jeansin as well as Adrienne’s lover Hugues. When everyone reaches the charity event, they gradually enter the hall where a movie is being played. This is when Rose sees the flames coming out from the projection lamp before it explodes. In spite of the efforts of the crew present there, the curtain catches fire, ignites the woodwork and then engulfs the whole of the Bazaar.

In the chaos that ensues after the fire, the lucky(?) survivors must confront reality and accept their changed destinies. The rest of the tale mainly focuses on the three leading women who get involved in a struggle of identity theft, faked deaths, and betrayals — which might finally seal the fates of their romantic entanglements.

The Bonfire of Destiny Season 2 Release Date: When will it premiere?

‘The Bonfire of Destiny’ season 1 premiered on December 26, 2019, on Netflix, in all its entirety of eight episodes.

‘Le Bazar de la Charité’ is an ambitious French production that is more of a royal period, costume drama — which has employed 3,000 extras, 1,500 costumes, over 100 carriages, and 185 technicians during its filming. Ted Sarandos, Netflix’s content chief, expressed his views regarding the collaboration with TF1 saying that it “allows [Netflix] a further opportunity to give a worldwide exposure to ambitious, high-quality French drama.”

With over five million subscribers in France, the show is Netflix’s major step toward tapping into the French entertainment market. Despite the show’s far-reaching potential, the show may not have another season because it was conceived as a miniseries. Having said that, stranger things have happened in the world of television. So, in case, the show is renewed, expect ‘The Bonfire of Destiny’ season 2 to release sometime in 2021.

You can watch the official trailer for season 1 of the series right here.