Will There be a Leavenworth Season 2? 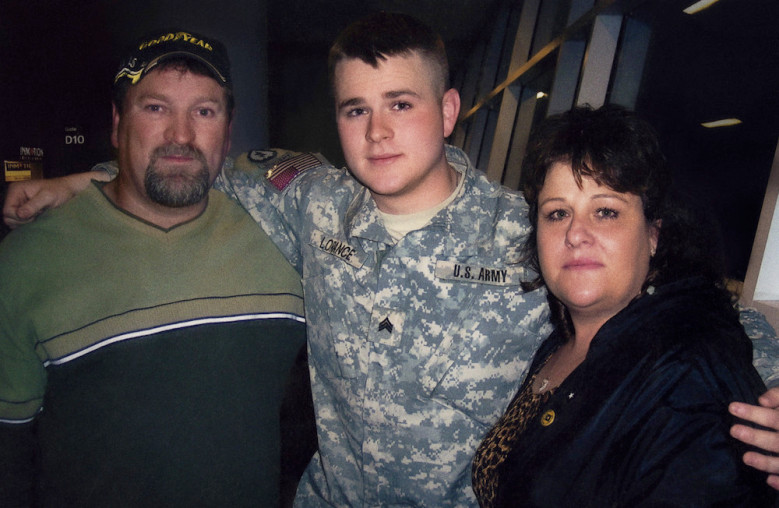 Starz has made quite a name for itself with its slate of acclaimed fictional offerings such as ‘Outlander‘, ‘Power‘, and ‘American Gods‘, to name a few. Even when it comes to docuseries, the cable network has earned critical acclaim with titles like ‘America to Me‘, ‘Wrong Man’, and ‘Warriors of Liberty City’.

‘Leavenworth’ is a true-crime drama, executive produced by Steven Soderbergh (‘Ocean’s Eleven’, ‘Magic Mike’, ‘The Knick’), alongside Paul Pawlowski and David Check, that narrates the controversial real-life story of Clint Lorance and focuses on the flaws of the military justice system. The first season of the show was well-received. Those wondering, whether there will be a ‘Leavenworth’ season 2, can directly jump to the Release Date section.

Leavenworth Cast: Who is in it?

The series adopts a format that combines events from the past (captured via archived footage) and current discussions, held with people who were/are connected to Clint’s case.

Leavenworth Plot: What is it about?

‘Leavenworth’ follows the life of Clint Lorance, who is currently serving a 19-year murder sentence at The United States Penitentiary, located in Leavenworth, Kansas. A former lieutenant, Clint was previously deployed in Afghanistan. In July 2012, he ordered fire on three native guys on a bike, causing the death of two. This resulted in a huge conflict among his platoon members and ended with Clint landing behind bars in federal prison.

In this documentary, we witness how Clint attempts to overturn his conviction while creating a huge debate between supporters and opponents. Across the episodes, we witness if his fate changes and whether his conviction was with/without flaws. The series further explores the thin line between guilt and innocence that is so often crossed in the current era — packed with war and violence.

Clint’s case was a sensational piece of news that made headlines in all leading tabloids, including The New York Times. It resurfaced when Don Brown, his counselor and consultant during his appeal, published a book, ‘Travesty of Justice’, based on Clint’s entire journey. As per Brown, the Army had concealed crucial evidence during the trial and as a result, Clint wrongfully ended up behind bars. Currently, there is also an ongoing petition from United American Patriots demanding that Clint should be granted a Presidential pardon. According to the UAP, Clint was following rules dictated by the Army and had ordered fire on the civilians because the latter considered them a threat to his platoon’s security. But as per the American legal system, he violated the laws of the Army justice system and took matters into his own hands — a step that was uncalled for.

Now, where does this debate end? Is there ever a definitive answer when a story has so many sides? And after everything, does Clint’s fate change? You need to watch the show to find out.

‘Leavenworth’ explores how committing crimes overseas can bring with it dangerous, life-changing consequences. It also attempts to explain the difference between crime and an act of patriotism. In fact, these are the central themes of the Starz documentary. While some people believe that Clint is a criminal, others are hell-bent on making him a patriot. And this is where the whole controversy lies.

‘Leavenworth’ is a riveting documentary, which adopts an episodic format to tell a controversial story by breaking it down to its minutest details. Additionally, it is produced by the talented filmmaker Steven Soderbergh. In fact, ‘Leavenworth’ is Soderbergh’s third project with Starz, after ‘Now Apocalypse‘ and ‘The Girlfriend Experience‘ — both of which received widespread acclaim from fans and critics alike. ‘Leavenworth’, with its provocative and thought-provoking subject, definitely manages to leave a mark on its viewers.

As far as the next season goes, what you must know is that the show was always conceived as a miniseries. So, it is unlikely that it will get another season, unless, of course, there are new developments in the case. But for now, ‘Leavenworth’ season 2 stands cancelled for all practical purposes.

You can check out the official trailer for ‘Leavenworth’ season 1 below.