Lee Pace has been keeping busy himself as a familiar face in theater, TV, and movies for almost a decade, a difficult job considering the survival rate prevailing in the industry. Ironically, the man always associated with some kind of masks of facial paintings. When he played as a transgender nightclub dancer in the TV film ‘Soldier’s Girl,’ the actor wore fluorescent makeup. Later, he came with a red mask for his breakout feature ‘The Fall.’ When he became the villainous Ronan the Accuser in ‘Guardians of the Galaxy,’ he smeared black ceremonial paint on his face.

No surprise, we have seen him donning a long blond wig in the final ‘Hobbit’ film, ‘The Battle of the Five Armies,’ as the Elf king. Yes, Pace is a man of masks and moments as an actor! Ever since tasted explosive success with Bryan Fuller’s TV ultimatum ‘Pushing Daisies,’ Lee Pace has been keeping a part of his persona undercover, both on and off the screen. The man with the deep voice has a promising lineup of projects ahead. At this point, the question that might be circling your mind is what is the next Lee Pace movie? Well, the good news is that we have a clear answer to that question. Here’s the list of upcoming Lee Pace films scheduled to release in 2019 and 2020. We can only hope that the latest Lee Pace movie would be as good as some of his recent ones. 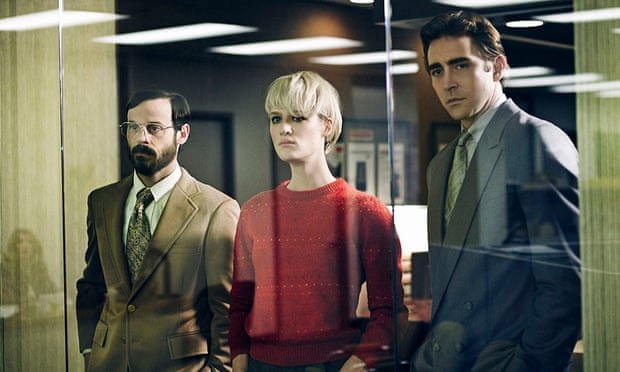 Lee Pace’s Ronan the Accuser was always in the backseat in the Marvel Cinematic Universe. In the 2014 movie ‘Guardians of the Galaxy,’ Ronan was outshined by the heroes as a typical villain with evil intentions. When Pace returns as Ronan in the upcoming flick ‘Captain Marvel,’ destiny seems to take a 180-degree turn. Being the radical among the Kree, Ronan’s gaze was fixed on the hatred of Xandar. ‘Captain Marvel‘ is reportedly based on Kree-Skrull war and a reincarnated Ronan may lead one of the armies in the battlefield. Ben Mendelsohn plays the Skrull, Talos, who will lead an invading army of Skrulls. The Skrulls, being one of Marvel’s most notorious villains are all set to wage war against their archrivals, the Kree. As Pace and Marvel keep mum about the secrets of ‘Captain Marvel’ and Ronan, fans are eagerly waiting for 8 March this year for the release of the movie.

There is a considerable cult fan following for the Hong Kong action-drama series ‘Flying Tiger.’ So, when reports surfaced suggesting Lee Pace’s involvement in the second season of the popular TV series, his fans became excited. Pace, being a familiar Hollywood face in China with a substantial fan base, was the first choice of the producers. According to reports, Kelly Cheung plays a British special agent and reports to Lee Pace’s mysterious character. When Kelly is tasked with infiltrating a dangerous covert organization, she upturns some bitter truths about the state of things and Pace’s character. Reports also suggest that Pace will play an American villain in the series.

The producers, Shaw Brothers Studio, keep the exact details of Pace’s role under wraps. The series will be aired on Youku. The first installment of the series was a runaway success throughout China with Michael Mui, Bosco Wong and Ron Ng in the lead roles. The shooting for the sequel kick-started on 11th October 2018 with the crew expressing their excitement in a Hollywood actor joining the team. While talking about working with Lee Pace, Bosco Wong praised him as a very nice and adorable man. “We went to eat mala hotpot with him and he ate everything, even pig’s blood and pig intestines. Bosco Wong was surprised and asked her if she told him what it was,” Kelly Cheung said. “I did tell him what it was, but he said he wanted to try it. After trying it, he said the pig’s blood was good and kept eating it,” she added.

Later, Variety reported that that Kelly will be playing Pace’s subordinate and Bosco will be her husband character. As for Pace, working with TV projects is nothing new as he shot to stardom with the acclaimed AMC series ‘Halt and Catch Fire’ and the cult ABC series ‘Pushing Daisies.’ Die-hard Lee Pace fans can cross their fingers as their favorite star makes some dangerous moves in the Hong Kong underworld.