Legacies Season 3 Episode 15: What to Expect? 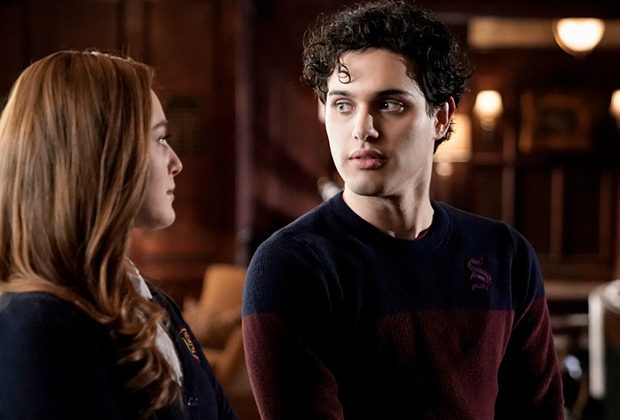 In ‘Legacies’ season 3 episode 14, Hope and Josie try to rescue Lizzie from the eerie clasp of a cult-like wellness retreat. The leader manipulates Hope using her destructive powers, which momentarily weakens her. But the witches gang up and take down the devious woman. If you haven’t watched the 14th episode, there is a recap at the bottom laid out for your convenience. As we proceed to the topic of concern, here is everything we know about ‘Legacies’ season 3 episode 15!

You can watch ‘Legacies’ season 3 episode 15 on The CW if you remember to tune in to the network at the given timeslot. You can even stream it later on The CW’s official website or The CW app. Cord-cutters can access the show on live-streaming platforms like DirecTV, Fubo TV, and YouTube TV. Another way to watch the show is to buy/rent the episodes of ‘Legacies’ on VOD platforms such as Apple TV, Amazon Prime Video, and iTunes. The latest season will be available on Netflix after the third season concludes its run on the network. Users can still watch the older seasons here as of now.

‘Legacies’ season 3 episode 15 is titled ‘A New Hope.’ In the episode, Hope, Josie, and Lizzie will find themselves in “illusory” trouble. They must find a way out of a hallucination that will trap them inside. Termed as a “sci-fi nightmare,” the experience is set to bring in lots of drama and intrigue to the viewers. Furthermore, Alaric will assemble MG, Kaleb, and Jed to participate in a team-building mission. For a closer look, here’s the promo for the next episode!

In ‘Legacies’ season 3 episode 14, titled ‘This Feels A Little Cult-y.’ Lizzie is relaxing at a wellness retreat for witches, but the place has a mysterious vibe to it that is hard to ignore. Out of concern for Lizzie, Hope and Josie land at the site and confront their leader. She asks Hope to touch a crystal in the wake of a little argument between them. As if by its power, Hope immediately feels better. It is revealed that the leader’s existence has something to do with Clarke.

But the witches soon find a way to quell her dangerous abilities. Alaric gets panicky at the thought of finding MG. He asks Dorian to help him out, hoping that MG has not let his killer instincts let loose. They later find him in a battered state and realize that a Wendigo is behind all of it. In the end, MG recovers and kills the Wendigo using his own powers. Elsewhere, Finch and Jed have an intense encounter with each other. She challenges him to become the alpha, but she lets him take it anyway.