What to Expect From Legacies Season 3 Episode 2? 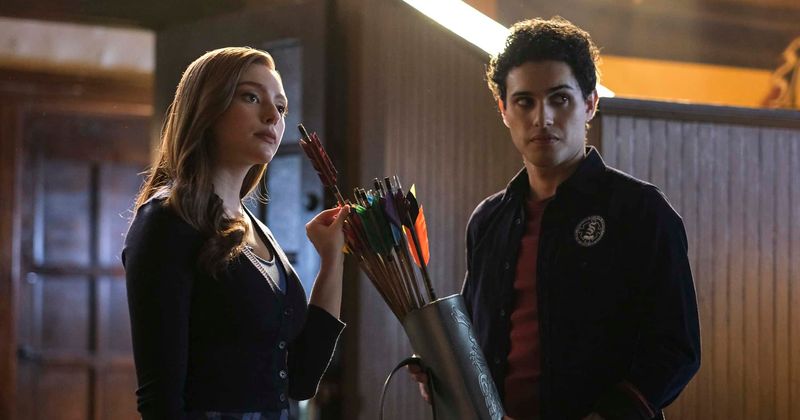 ‘Legacies’ season 3 premiered with its first episode titled ‘We’re Not Worthy’ on January 21, 2021. It picks up the story from the season 2 finale, which ends with a fair share of unresolved cliffhangers. We kick off with Alaric, who decides to send the students away from the school for the day since he tries to find out what happened to Hope and Landon. Well, now that episode 1 has ended, let us get to the details of the show’s upcoming second episode.

‘Legacies’ season 3 episode 2 is set to release on January 28, 2021, at 9 pm ET on The CW. New episodes will release every Thursday at the same time slot.

Where to Watch Legacies Season 3 Episode 2?

You can watch ‘Legacies’ season 3 episode 2 on The CW if you tune in at the abovementioned time slot. As long as the show is in season, you will be able to watch the episodes on The CW website a day after the release on the television network. You can also catch the show on The CW app. Your other options are Fubo TV, Apple TV, and iTunes.

Netflix users will have to wait eight days after season 3 finishes airing on The CW, but the first two seasons are currently streaming on the platform in case you want to catch up. You may also purchase single episodes ($2.99 per episode) or a full season ($29.99) on Amazon Prime.

‘Legacies’ season 3 episode 2 is titled ‘Goodbyes Sure Do Suck.’ And here is its official synopsis as outlined by The CW: “The Super Squad pull out all the stops when they learn some devastating news involving one of their own. Alaric (Matthew Davis) turns to Sheriff Mac (Bianca Kajlich) for help getting some timely affairs in order. Danielle Rose Russell, Aria Shahghasemi, Jenny Boyd, Quincy Fouse, Peyton Alex Smith, Chris Lee, and Ben Levin also star. Eric Dean Seaton directed the episode written by Benjamin Raab & Deric A. Hughes.” You can also watch its promo below:

Episode 1 starts with Hope going MIA and the gang finally overcoming the threat of Dark Josie. The students at Salvatore School attempt to get back on track by organizing a physical fitness session. However, the field day ends in complete disaster when Chad, by mistake, summons a Malivore monster named Nimue and then another evil entity called Green Knight, who is after the fabled sword Excalibur. Nimue, aka the Lady of the Lake, clarifies that the sword can be wielded only by someone ‘worthy.’

The squad tries to remove the sword from the stone but does not succeed even after several attempts. Finally, Rafael is able to claim the weapon, and he shoves it right inside the Green Knight’s head. On the other hand, the Necromancer attempts to force Landon’s soul back into his physical body. The episode wraps up with Chad and Alyssa joining the monster’s side. Chad goes into the woods, vomits, and dies. Alyssa formally pledges her allegiance to the Necromancer.