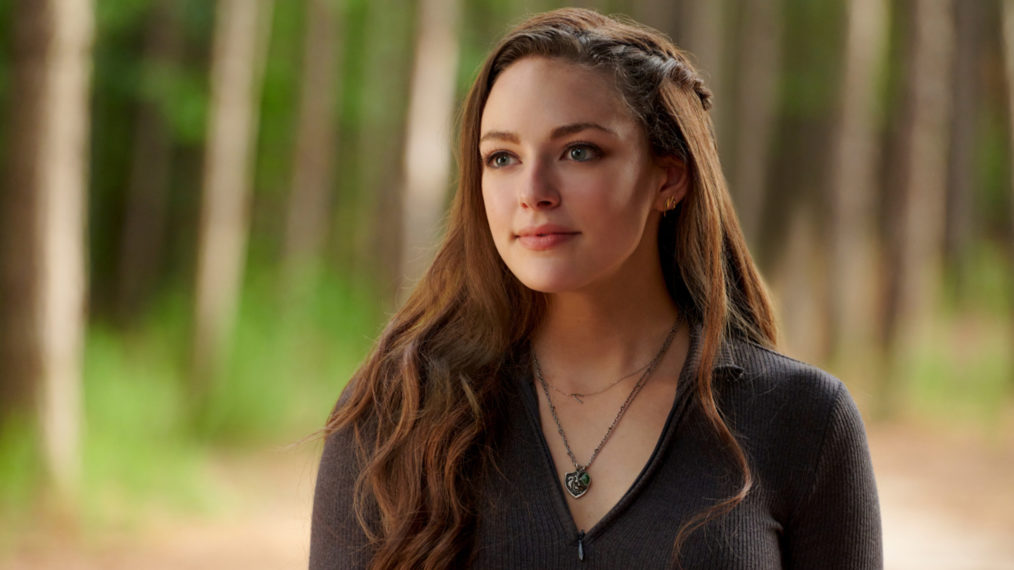 In the latest episode of ‘Legacies’ season 4, we see that Hope’s transformation has angered Lizzie to the extent that she wants to kill her. MG arrives at the hospital to check on the woman he likes while Cleo has an idea on how to help out an unconscious Alaric. Meanwhile, Hope runs into her aunt Rebekah. The most important events of episode 5 are likewise outlined in the recap. Now, we are here to quell your curiosity for episode 6 of season 4!

‘Legacies’ season 4 episode 6 is scheduled for release on November 18, 2021, at 9 pm ET on The CW. The episodes in the fourth season land on a weekly basis every Thursday.

To watch ‘Legacies’ season 4 episode 6, tune in to The CW at the abovementioned date and time. It will also be available on The CW’s official website and The CW app. Those who do not have a cable subscription can watch the episode on YouTube TV, Hulu+Live TV, Fubo TV, DirecTV, Spectrum, and Xfinity. Alternatively, you can watch it on VOD platforms such as iTunes, Amazon Prime Video, Vudu, Google Play, and Microsoft Store. You can also catch up on the previous seasons on Netflix.

Hope has turned into a Tribrid through and through, but her dangerous transformation might continue to hurt more people in the sixth episode, titled ‘You’re A Long Way From Home.’ It also means the ones on the receiving end of the threat imposed by her will do everything in their power to stop her; this includes her friends turned foes — Lizzie and Josie. There will be a bit of tension between the sisters because Josie still cares about Hope deep down.

However, both of them will search for answers, which will cause Lizzie to chance upon a dangerous plan. Cleo will try to find Hope, who doesn’t want to see anyone. She will, however, meet someone familiar, while Landon will find some clarity after an encounter with a surprise visitor. The promo could provide you with more updates!

In the fifth episode of the season, titled ‘I Thought You’d Be Happier to See Me,’ Lizzie receives awful news about her father, as a result of which MG gets a call from Finch informing him about the same. Her father is in surgery when MG shows up, hoping he can fix Alaric. Meanwhile, Hope meets her aunt, Rebekah, in a bar while Kaleb and Cleo discuss Landon.

Rebekah and Hope attack a civilian while Finch stops Ethan from hurting himself. Kaleb joins the others at the hospital, where Cleo decides to infiltrate Alaric’s mind. Although Lizzie is not onboard with the idea, Cleo insists they should find the monster within. Elsewhere, Rebekah tries to talk to an unstoppable Hope who is exercising her abilities as a Tribrid. Lizzie and Josie enter Alaric’s last memory, where they see Hope in an unlikeable form. Lizzie then begins to wish for her death.

Rebekah tries to make Hope see the bright side of being a human and stabs her just the way Nik used to. Lizzie and Josie watch Alaric’s earliest memories of him and Hope unfurl. However, his brain is still bleeding. MG drags Lizzie and Josie to their birthplace, where Alaric explains everything about Hope. Although Lizzie wants him to come back, he doesn’t know if he can. Cleo kisses Kaleb while MG admits he cares about Lizzie. After taking Rebekah out, Hope ultimately leaves to meet the Triad.