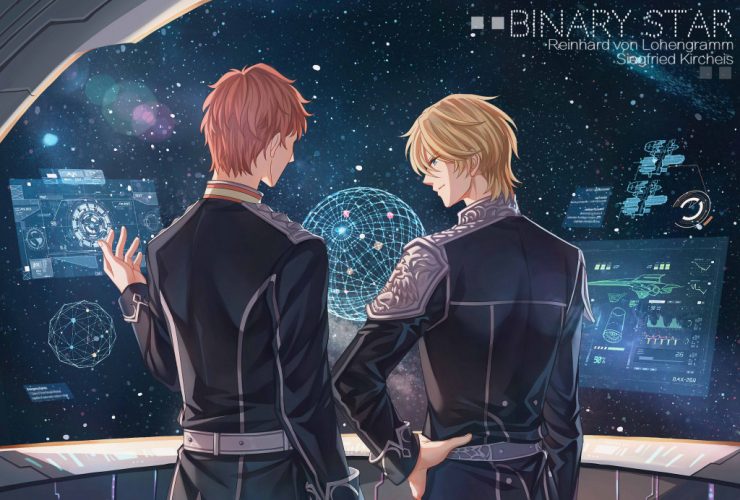 Legend of the Galactic Heroes (also known as Ginga Eiyuu Densetsu in Japanese) is a science fiction anime television series which is based on a series of science fiction novels of the same name. Written by Yoshiki Tanaka and illustrated by Naoyuki Kato and Yukihisa Kamoshita, the novel series was published decades back, with 10 volumes being released between 1982 and 1987. Almost simultaneously, between 1984 and 1989, a separate novel series titled Legend of the Galactic Heroes: Side Stories, also written by Yoshiki Tanaka, was published.

As the series’ popularity soared, it spawned a bunch of manga adaptations, both old and recent, and was adapted into several anime films and original video animation (OVA) series. The most recent anime adaptation titled Legend of the Galactic Heroes: Die Neue These Kaikou, was produced by famed Japanese animation studio Production I.G. and Season 1 of the show made its way to viewers’ screens on April 3, 2018. It became quite popular among fans of the source material as well as new viewers, and since the conclusion of Season 1, fans have been waiting to hear news on a second season. Here’s everything we know about the prospects of Season 2 thus far.

Legend of the Galactic Heroes Season 2: When will it premiere?

Legend of the Galactic Heroes season 1, consisting of 12 episodes, premiered on April 3, 2018 and ran till June 26 of the same year. Almost a year after the release of Season 1, Production I.G. announced that it would be making a second season, albeit in a different format.

Whereas Season 1 had 12 separate episodes which were aired on television, Legend of the Galactic Heroes Season 2 released in the form of a film trilogy titled Legend of the Galactic Heroes: Die Neue These Seiran, that consists of three films of four episodes each. The first movie premiered on September 27, 2019 while the second and third movies released on October 25, 2019 and November 29, 2019 respectively.

Although Legend of the Galactic Heroes: Die Neue These These Kaikou was initially released on in Japanese, Funimation licensed an English dub of the show keeping in mind its international following. If you want to watch the show in English, you can find dubbed episodes on Funimation. You can also stream it on Crunchyroll and HiDive with its original Japanese audio and English subtitles.

Legend of the Galactic Heroes Recap:

The show is set in a distant future, in the 35th century to be precise, and the events in the show take place within our Milky Way Galaxy.

However, unlike most space-based science fiction shows, there are no aliens in Legend of the Galactic Heroes, and instead, many planets in the galaxy have been terraformed to suit human life. With interstellar human beings spread out through the galaxy, peace does not last long and two factions – the Galactic Empire and the Free Planets Alliance – start warring with each other. These wars are intermittent, with brief periods of peace in between them, but they throw the entire galaxy into chaos. In this backdrop, the show follows two separate heroes.

On one hand, the Galactic Empire witnesses the meteoric rise of a military genius named Reinhard von Müsel. Driven by the desire to free his sister from being the Kaiser’s concubine, Reinhard’s ambitions soar with his rising popularity and status, and he eventually conspires to put an end to the corrupt Goldenbaum dynasty, defeat the Free Planets Alliance, and unite the galaxy under one rule.

On the other hand, another genius named Yang Wen-li surfaces in the Free Planets Alliance. With dreams of becoming a historian, Yang is forced to join the military to earn money and fund his studies. However, after joining the military, Yang finds that he has a natural inclination for military strategy and Yang’s exploits in the military quickly sees him rise to the rank of an admiral.

With the two heroes carving out reputations for themselves, they quickly become archrivals. The show not only follows their exploits and their lives, but also presents to viewers the intricate politics of the human settlements in the Milky Way in the 35th century. If you’re a fan of grand adventures and epic stories, Legend of the Galactic Heroes is bound to leave you spellbound.