Will There be a Legend Quest Season 3? 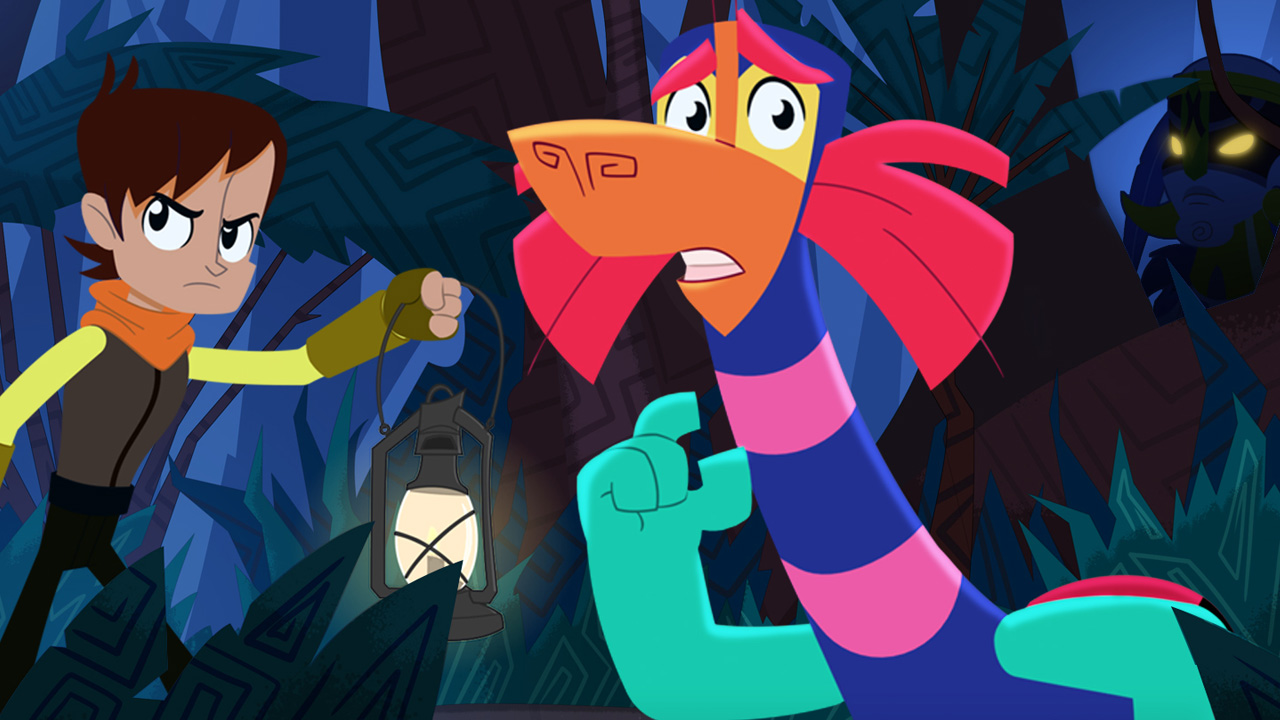 ‘Legend Quest’ is a Mexican fantasy animated series with elements of comedy and horror. The Netflix original is produced by Ánima Estudios and its plot is inspired by the characters created by Ricardo Arnaiz. ‘Legend Quest’ is Netflix’s first exclusive South American animated show and it forms a part of the Leyendas animated franchise. After premiering in 2017, the second season of the show titled, ‘Legend Quest: Masters of Myth’, released in October, 2019. Here’s everything we know about ‘Legend Quest’ season 3.

Johnny Rose is the voiceover artist for Leonardo “Leo” San Juan, a 12-year pre-teen and the primary protagonist. Leo is Marcella’s boyfriend and he has psychic abilities that allow him to communicate with unearthly spirits. Valiant, determined, resourceful, and honest, he is a native from a tiny village in Mexico. Currently, his only motive is to save the world from evil forces that threaten to destroy it. In the first episode of season 1, we come to know about Leo’s destiny, which is: “The Lion will destroy the Serpent.” Although he first does not believe that this foreshadowing is true, later he is bound to embrace his true fate.

Oscar Cheda voices Don Andrés, the spirit of an old Conquistador. Don, even though he is a ghost, is always scared. According to him, he was a barber in his past life — a profession that makes him a self-proclaimed expert on medical issues.

Annemarie Blanco voices Teodora, a 12-year-old girl’s ghost who is seemingly from the future. Teodora sports modern wear and even a mobile phone — as opposed to the other characters who display 19th-century styles. As the episodes progress, we learn that she is actually not dead but in a coma. A mysterious woman trains her on the techniques of astral projection and sends her back in time to help Leo. Teodora has multiple special abilities. She is immune to the power of Medusa and can even move physical objects.

Paul Tei is the voiceover artist for Alebrije, a strange, colorful being, whose sole aim is to act as the mediator of the group and try to keep the team together. Cydney J. Fam voices Marcella, Leo’s exceptionally beautiful 12-year-old girlfriend. Marcella’s mother is a sorceress, who denied help to Baba Yaga and Nu Gui in their schemes. As a result, they leave her gravely wounded and in a comatose stage. Marcella takes it as her responsibility to protect her mom when she gains special powers after touching her mother’s unconscious body.

Blanca Bassion voices Baba Yaga, a witch with evil intentions, seeking revenge on her master, Quetzalcoatl. Yaga teams up with Nu Gui and tries to come up with a scheme in order to further her goals. Paul Tei is the voiceover artist for Friar Godofredo, a Friar and Leo’s mentor, who urges Leo to join the Brotherhood, a noble organization that battles all forms of evil. Al-Kesne Shaw stars as the iconic deity Quetzalcoatl, the series’ primary antagonist. Described as a force of creation “when he’s in a good mood”, Quetzalcoatl wants to destroy the world and then rebuild it from the beginning.

Lissa Grossman voices Abuelita, Leo’s grandmother, and Andrio Chaverra voices Thomas Decatur, one of Leo’s partners and a talented inventor. Gerald Owens is the voiceover artist for the legendary wolf deity from Nordic mythology. Owen Almeida voices Akihito, a young man of noble birth and Japanese origins, who is the heir to the Sword of Dawn and leads the Brotherhood. Paula Barros voices Nu Gui, a Chinese witch and Baba Yaga’s ally. Nu Gui’s desire to be immortal had driven her crazy and had led her to betray her father, who was an emperor.

Legend Quest Plot: What is it about?

Leo San Juan is a gifted pre-teen, residing in a tiny Mexican village. He has the ability to communicate with spirits from the other world. So when his hometown’s residents are threatened by several evil forces, he teams up with Teodora, Don Andres, and Alebrije to fight and defeat the main villain — who seeks to put an end to humanity.

‘Legend Quest’ is an adventure series, whose events take place in global proportions. We witness our heroes traveling from New Spain to China, and sometimes, even jumping time dimensions. Leo and his team of ghostly friends travel to different locations around the world and attempt to solve problems that plague these lands.

Legend Quest Season 3 Release Date: When will it premiere?

As far as the next season goes, we do know that Netflix has invested heavily on the Legend Quest franchise. So, it won’t be discontinued anytime soon. Though, what remains to be seen is whether Netflix renews a new season of ‘Legend Quest: Masters of Myth’ or a new spin-off altogether. Whatever the scenario, you can expect ‘Legend Quest’ season 3, if you want to call it that, to release sometime in December, 2020.

You can check out the official trailer for ‘Legend Quest: Masters of Myth’ right below.