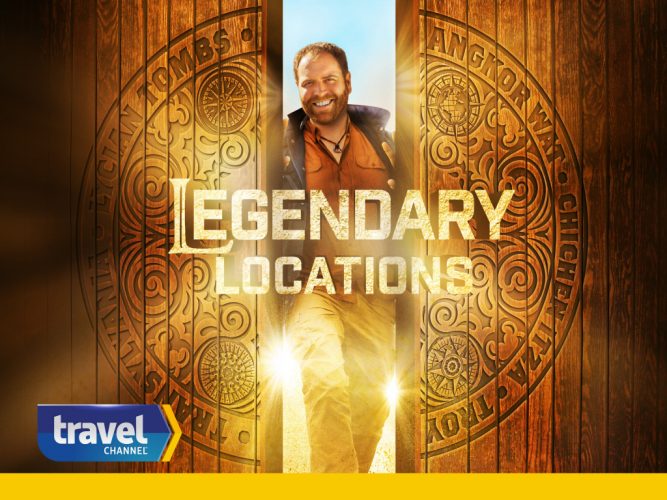 ‘Legendary Locations’ is a documentary TV show that first premiered on September 27, 2017, and airs on the Travel Channel. The main host Josh Gates takes viewers on an adventure to more than a hundred countries. He is an avid explorer and adventurer who explores every spot.

Gates has also been a part of famous shows like ‘Destination Truth’, ‘Expedition Unknown‘, ‘Josh Gates’ Destination Truth’ and more. He discovers extraordinary and magical locations that are situated across the globe. He also gives his own ideas and views on a particular place. He talks about the backstories of the places, long forgotten mythologies or a secret origin of the place in this series. In one of the seasons, he has explored some places like Luke Skywalker’s lair formerly known as an Irish Landscape, a favorite holiday destination of infamous drug lord Pablo Escobar, an ancient city sculpted into Jordan’s sandstone cliffs and many more. Through the episodes, Josh also tries to study the ancient legends who lived in the early times in places that various viewers and travelers dream to experience.

Traveling is always an exciting prospect if we get to see new places. The human mind is always eager to experience new things and we always look forward to knowing the stories about a place, because it is said that memories live on best through stories. Thus, Gates brings to us the most incredible stories about various places on earth and this is how the show attracts such a large audience and considering its premise and Gates’ expertise at this kind of things, critics too have taken rather well to this series.

Legendary Locations Cast: Who is in it?

The main cast of ‘Legendary Locations’ includes Josh Gates who is the main host of the series. He takes viewers to various locations and tells the stories about those places. Since he is the person in the spotlight, it is only fair that we get to know him better. Josh is an avid adventurer and explorer firstly. Not only does he have a passion for off the map excursions, but also has a deep-rooted sense of humor, which makes him an excellent host.

The Travel Channel describes his skill set, saying, “An avid scuba diver and photographer, Gates has participated in sub-sea archaeological excavations in the Mediterranean, and his wanderlust has taken him to over 100 countries from sweltering African deserts to the icy shores of Antarctica. In addition, he has scaled “the roof of Africa” on Mt. Kilimanjaro and climbed Aconcagua, the tallest mountain in the Americas.” His travels also have an element of investigation to it as he sometimes undertakes expeditions to find the Yeti or Amelia Earhart’s disappearance. The man is accustomed to living on airport floors around the world and truly has wanderlust in him. This makes him the perfect host for this show and we hope he returns in the upcoming season with more stories and adventures.

Legendary Locations Plot: What is it about?

The main plot of the series, ‘Legendary Locations’ sees Josh Gates travel to the world’s most beautiful locations on the earth. He also tries to study the backstory of the legends that made them popular. In the initial season, he travels to various spots like Greece’s Mount Olympus, the Yucatan Maya, among others. In one of the episodes, Josh tries to tell the legendary tales of humans who are immortal. He explores the castle of the iconic vampire who scares away any travelers who visit. He attempts to find out the reason behind the disappearance of Jim Thompson who was a millionaire in Malaysia. He notices a strange celebration of death practiced in Bolivia. He tries to investigate the reason behind the fall of an ancient city in Cambodia. Josh visits a place that has eleven thousand bones of a German basilica. He also explores an isolated island where the population of the cats is more than humans. He also visits an ice cave that is said to be protected by the spirit of a dragon.

Josh travels to these mysterious places and tries to study the ancient Greek myths as well as visits a supernatural pyramid located in Central America. He also shares some of the stories of beautiful places on earth. He also explores the getaway destination of Pablo Escobar situated in Colombia. He discovers a strange kingdom floating on the Peru Lake Titicaca. All this and a lot more is characteristic of the series ‘Legendary Locations’. For lovers of this show, it is not just about the exotic locations and sights to be taken in, it is the stories associated with the place.

Having traveled a little, it can be safely said that there are two ways to visit a place in the current tourism industrial context. You can either visit a place superficially, look at the popular tourist destinations, take a few photos and come back. Alternately, you can walk the streets, know the stories of a town, the tales of the people living there, and truly experience their culture for a short while. Francis Bacon seems to think that is an excellent way of traveling and highlights as much in his essay. Gates takes us down a similar path since the stories of a place are essentially part of that place’s culture, and we get to sample a bit of it.

Hopefully, the show will continue in a similar manner in the upcoming season, and we will get to see more of these exotic places and hear more fascinating stories as Gates takes us around the world in a way we have never seen it before.

Legendary Locations Season 3 Release Date: When will it premiere?

‘Legendary Locations’ Season 2 premiered on April 2, 2019. While there has been no news about the renewal of the new season yet, there is no reason to believe that it will not get renewed. The show is fairly popular and the world is vast and full of fascinating stories that we cannot wait to hear. Thus next season of the show will most likely be greenlit and ‘Legendary Locations’ season 3 should release sometime in April, 2020. However, do stay tuned for an official update on the release date.

You can check out the trailer of ‘Legendary Locations’ from the first season below to refresh your memories of the show.