DC’s Legends of Tomorrow S05 E03: Everything We Know 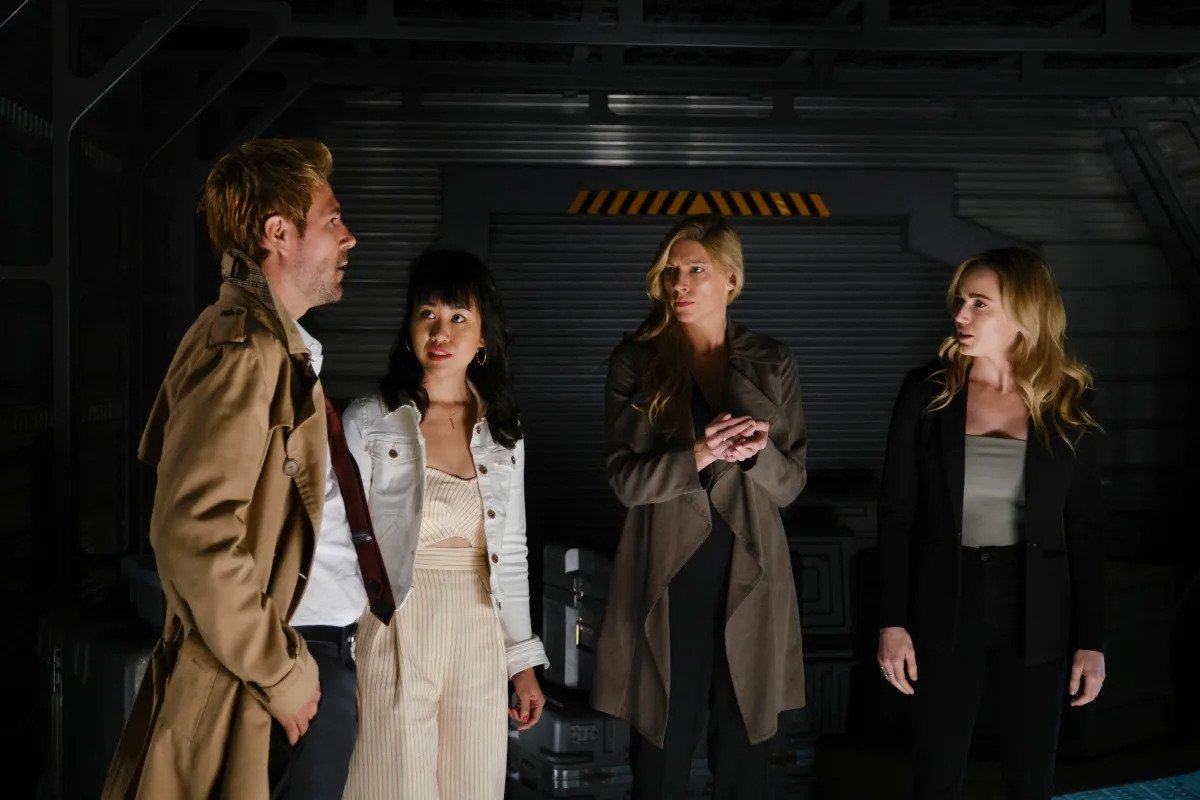 ‘Legends of Tomorrow‘ is just one of the numerous shows within the Arrowverse, presently. It starts off with Rip Hunter, who assembles his own team to confront Vandal Savage. Over the seasons, we have seen the roster of heroes increase, to include the likes of occult detective, John Constantine.

The previous episode of ‘Legends of Tomorrow’ was a ‘Crisis on Infinite Earths’ episode. As is, the show officially kicks off the fifth season from the current episode. Naturally, you might be eager to know about what goes down in this episode. We are here to tell you just that, as soon as we walk you through when and where to watch the upcoming episode.

When is Legends of Tomorrow Season 5 Episode 3 Release Date?

‘Legends of Tomorrow’ Season 5 Episode 3 is slated to air on Tuesday, February 4, 2020, at 9 PM ET/PT, on The CW. It is deviating from the normal schedule of weekly episodes because the ‘Arrow‘ finale airs next week, and it will be a two-hour event starting from 8 PM ET.

Coming back to ‘Legends of Tomorrow’, the upcoming episode is titled “Miss Me, Kiss Me, Love Me”. It sees the Legends in old Los Angeles, as they track down Bugsy Siegel. It promises to be a fun-filled and exciting watch.

Where to Stream Legends of Tomorrow Season 5 Episode 3 Online?

‘Legends of Tomorrow’ is on The CW, so the simplest way would be to watch it with a cable subscription. However, in the absence of one, you can always head to The CW site and stream the episodes. Cord cutters have the option of watching the show on Fubo TV, which offers a free trial period before charging you for the services. Alternatively, you can buy and stream the episodes on Amazon Prime.

If you need to catch the previous seasons of the show, you can do so on Netflix.

You can check out the promo for the upcoming episode of ‘Legends of Tomorrow’ below. Set in the golden age of Hollywood, the Legends have to deal with Benjamin ‘Bugsy’ Siegel, who seems to be back from the dead.

We see how the Legends have now become globally popular after their public feat in the Season 4 finale. There seems to be increased interest in them, as they can be seen spending time with the Obamas and presenting at the Oscars. In order to get the public to know more about them, they invite documentary makers. This helps the show take on a rather humorous approach, as the Legends introduce themselves in a fake mockumentary style.

However, the fun is soon put to an end, when Rasputin comes back. In typical Legends fashion, there are three plans laid out to stop him. One is to simply talk him out of it, the other is to kill him, while the third plan is to get him a love letter from czarina, to fix things.

Ultimately, none of these plans work, and the heroes are in a bit of a jam. Rasputin, meanwhile, kidnaps the man shooting the documentary, which forces the Legends’ hand. They team up to eventually defeat him in a remarkable manner. While he is unconscious, one of the team members enters his mouth by shrinking, only to grow in size, from within.

With Rasputin handled, the heroes decide to show up and debunk the idea of time travel, so they can once again retreat from the public spotlight and go about saving the day. Naturally, in the upcoming episodes, we will see the Legends doing what they do best.