Legends of Tomorrow Season 6 Episode 11: What To Expect? 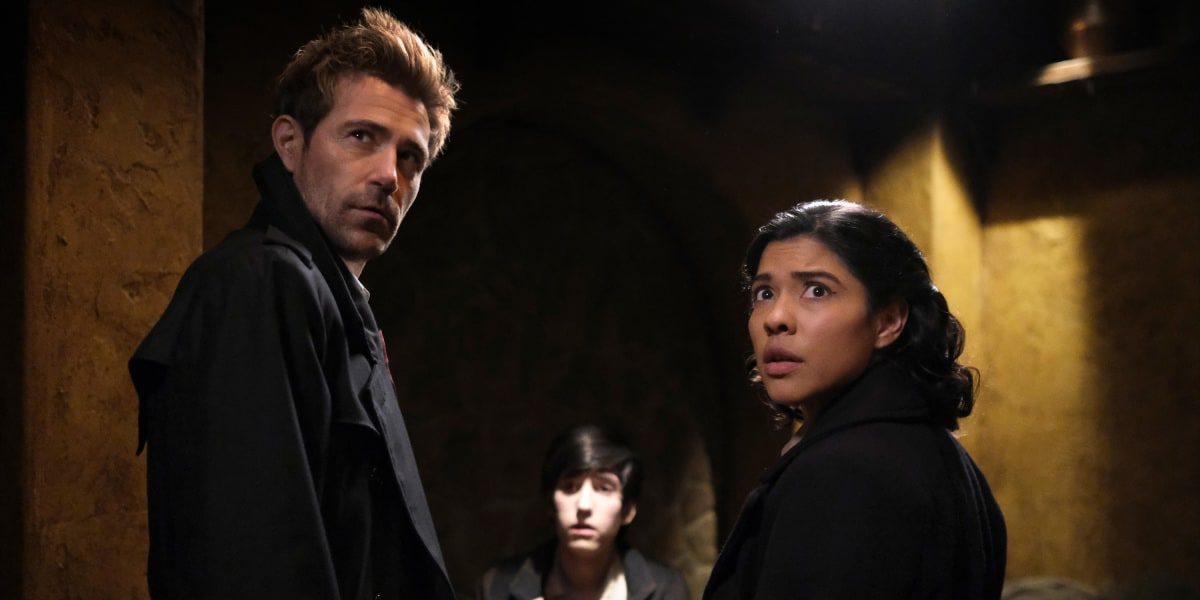 ‘Legends of Tomorrow‘ season 6 episode 10 is an enchanting adventure that follows Constantine and Spooner as they search for the Fountain of Imperium. Simultaneously, the rest of the time-traveling heroes must contend with Gus Gus, who is growing rapidly. If you need a refresher or wish to catch up on the episode’s events, you can head to the recap section. For those impatiently waiting for the next week’s episode, here’s a look at the challenges that lie in store for the superheroes in ‘Legends of Tomorrow’ season 6 episode 11.

Unfortunately, fans will have to wait for three weeks to enjoy the next episode of the superhero television series. After a hiatus, ‘Legends of Tomorrow’ season 6 episode 11 will premiere on August 8, 2021, at 8 pm ET on The CW. New episodes of the show, with a runtime of approximately 45 minutes, are released by the network on Sundays in the same timeslot.

Where To Stream Legends of Tomorrow Season 6 Episode 11 Online?

You can watch ‘Legends of Tomorrow’ season 6 episode 11 on your television screens by tuning in to The CW at the above-mentioned date and time. To watch the new episode, you can also head to The CW’s official website or The CW mobile app and log in using your active cable subscription details. Folks without an active cable subscription can stream the new episode on live TV streaming services such as Xfinity, DirecTV, Fubo TV, Youtube TV, Hulu + Live TV, and Apple TV. You may also choose to buy the latest episode on VOD platforms such as Amazon Prime, Google Play, iTunes, Microsoft Store, and Vudu.

‘Legends of Tomorrow’ season 6 episode 11 is called ‘The Final Frame’ and will follow the Legends as they are seemingly abducted by aliens once again. The heroes will find themselves in a bowling alley and must figure out a way to escape. Meanwhile, Constantine has become addicted to the potion, and it is likely that he will end up inviting more trouble. We might also see more of Noelle, who has some ulterior motive behind getting Constantine addicted to the potion. Check out a promo for episode 11 below!

The tenth episode of ‘Legends of Tomorrow’ season 6 is titled ‘Bad Blood.’ It opens with Constantine obtaining the map to the Fountain of Imperium from a vampire named Noelle. On the Waverider, after bringing the adorable alien Gus Gus on board in last week’s episode, Nate and Zari Tomaz (aka Zari 1.0) are caring for the baby. They learn from Gary that Gus Gus’ species grows very rapidly.

Mick is having a hard time coming to terms with his pregnancy, and Lita tries to get Spooner’s help in the matter. However, before she can find a solution, Constantine enlists Spooner to help in searching for the Fountain. They arrive in Albacete, Spain, in 1939. They begin their search at a tavern, and after some hostility, Constantine befriends a man and learns more about El Gato, a person believed to have drunk from the Fountain.

However, in a moment of desperation, Constantine drinks the potion given to him by Noelle instead of the Fountain’s water. He then defeats Noriega’s men while experiencing a psychedelic trip. The Waverider crew defeats an enlarged Gus Gus with Mick’s help. Constantine and Spooner return to the former’s home. The episode closes with Constantine becoming addicted to the potion’s magic and trading Crowley’s painting for more vials of the potion.