Lenox Hill Season 2: Everything We Know 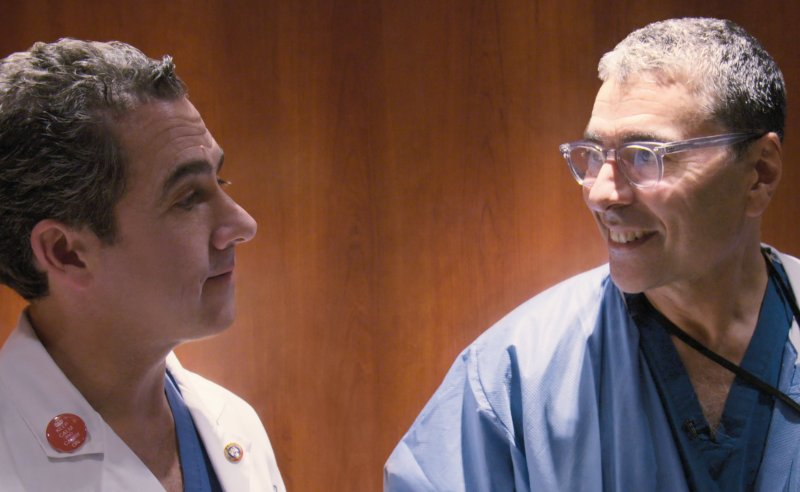 In the wake of the global COVID-19 pandemic, medical professionals are finally getting the recognition they deserve. However, Netflix’s documentary, ‘Lenox Hill’, was conceptualized way before this health crisis took the world by storm. It throws the spotlight on a group of emergency room surgeons, working in the eponymous hospital, as they go about on their daily jobs. Created by filmmakers Adi Barash and Ruthie Shatz, the show can be said to be a real-life version of ‘Grey’s Anatomy‘ — minus the fictional drama. Now that its first season has ended, do you wish to know if there will be a ‘Lenox Hill’ season 2? Well, we have you covered!

Lenox Hill Season 2 Release Date: When Will it Premiere?

‘Lenox Hill’ season 1 premiered on June 10, 2020, on Netflix. It consisted of eight episodes. Although the streamer is yet to announce the renewal of the show, we are highly optimistic about a follow-up edition. Why? Well, the COVID-19 pandemic has put hospitals at the forefront as they struggle to beat the killer virus. With so many doctors at risk and several of them also losing their lives in this fight, the general populace has gained a newfound sense of respect for healthcare professionals. And ‘Lenox Hill’ does an awesome job in giving a real-life face to these experts while also depicting their humane side.

Of course, it’s impossible for Netflix to film the doctors at the eponymous hospital in this turbulent time. But the battle will go on and in the coming months, finding a vaccine will be of utmost importance. With viewers clamoring to know what actually goes on behind the scenes in health facilities, ‘Lenox Hill’ has strong potential for being greenlit for at least one more season. If that does happen, we expect ‘Lenox Hill’ season 2 to release sometime in 2021.

Lenox Hill Season 2 Cast: Who Can be in it?

‘Lenox Hill’ was filmed between 2018 to 2019 in the premises of the titular hospital. It throws the limelight on two brain surgeons, one emergency room physician, and a chief obstetrics-gynecology resident in the facility. We also meet their colleagues and follow the team as they navigate the emotional highs and lows of hospital life. Dr. Mirtha Macri works in emergency medicine while Dr. David Langer and John Boockvar hold the chair of neurosurgery. Dr. Amanda Little-Richardson is the chief resident in obstetrics and gynecology.

Season 2, depending on which fields of medical science are depicted in the show, might feature a different roster of healthcare professionals. However, if it explores the COVID-19 crisis, we may see some of the above faces make appearances as well. Boockvar has already confirmed that the doctors from specialized departments were deployed in attending to virus-infected patients. We will update this section with the exact names as and when we learn more.