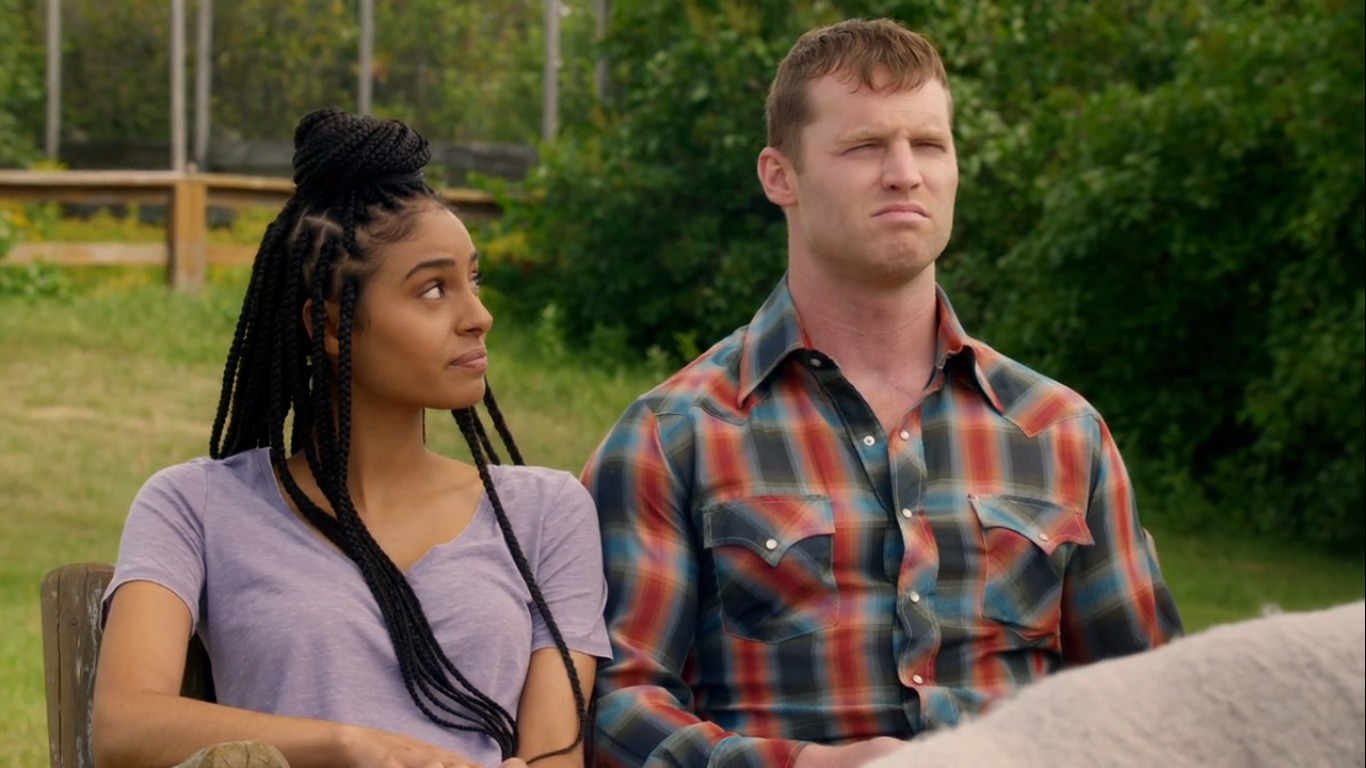 The folks of ‘Letterkenny’ are at it again, and the Hicks spend episode 6 cruising around town inebriated and generally doing what they do. The Skids and the hockey players are also coming off a bitter rivalry sparked by Aly and Bianca, and things can only get rowdier from here. It’s been a hectic season so far, and if you’re wondering how the gang plans on wrapping things up, you must be looking forward to the season 10 finale. Well, you’re in luck! Here’s everything we know about ‘Letterkenny’ season 10 episode 7.

‘Letterkenny’ season 10 episode 7, the season finale, is set to release sometime in the final week of December 2021 on Hulu. The episode’s Canadian premiere is scheduled for December 25, 2021.

Season 10 episode 7 is titled ‘International Women’s Day,’ which might refer to the women in Letterkenny taking the lead. Season 10 has shown the entrepreneurial spirits of multiple female characters, including Tanis’ energy drink venture (“NDN NRG”) joining Brodude and, of course, Amy and Bianca’s foray into viral videos. Anik also seems to be back in the mix. Thus, the season finale could see all of this (and more) coming to a head and the women getting up to some explosive antics.

There will also be heavy doses of the foul-mouthed, cleverly worded squabbling and comedic brawling that is characteristic of the show. As seen in previous seasons, this season finale could also be a decisive one for Wayne’s romantic life and could see the reappearance of an old flame or possibly some trouble with his current girlfriend, Rosie.

Letterkenny season 10 episode 6, titled ‘Sundays are for Picking Stones,’ follows the Hicks as they decide to get inebriated during the day and drive around, asking fellow townspeople for help picking stones. Due to a letter that misspells Wayne’s name, Katy, Daryl and Dan also assume false names, leading to general confusion and hilarity.