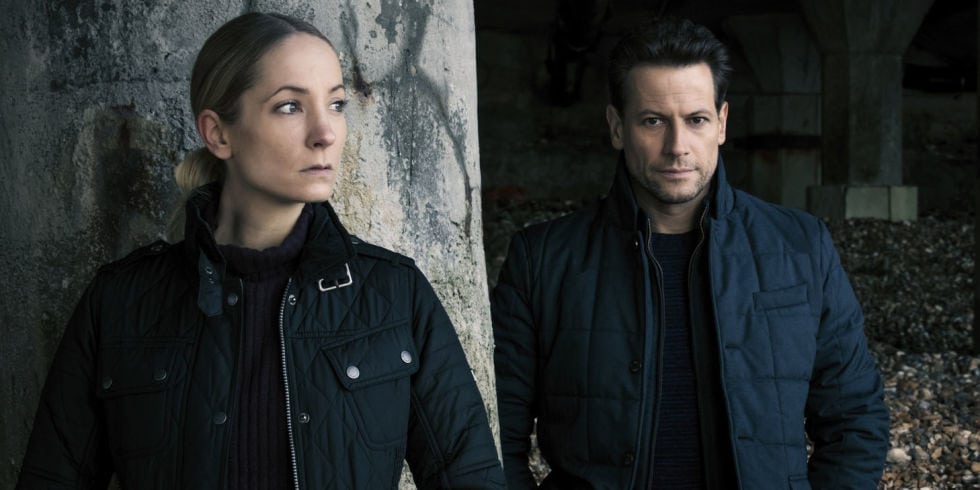 ‘Liar’ is a British thriller, drama, and mystery television series that airs on ITV and SundanceTV. It first premiered in September 2017 and is created by Harry and Jack Williams. The series follows Laura Neilson and Andrew Earlham, whose initial attraction leads to a date, that has far-reaching consequences for the couple and their families and friends, as secrets and lies are revealed.

Several thrillers follow the formula of surprising incidents taking place in the lives of ordinary people. In this regard, one only needs to look at the master of thrillers himself, Alfred Hitchcock. Over several films like ‘Rear Window‘, ‘North by Northwest‘, and ‘The Man Who Knew Too Much’, the maestro has shown time and again how even the most ordinary of people can be placed in extraordinary circumstances to make for a gripping tale.

Such is the case in this show, as the people are rather ordinary and go out on a date, not realizing the far-reaching consequences that are set in motion due to this. Naturally, the show has a strong fan following and critics too have lauded the pacing of the story and the performances from the protagonists. And it’s no surprise that it was soon renewed for another season. Scroll down to know when Liar season 2 will release on tv screens.

Liar Season 2 Release Date: When Will It Premiere?

The show was renewed for a second season on January 13, 2018. “‘Liar’ is a series that epitomizes our strategy of partnering with absolutely first-rate talent, and it does not get better than our dream cast of Joanne and Ioan, along with the esteemed and talented Jack and Harry Williams,” said Jan Diedrichsen, general manager of SundanceTV and Sundance Now.

Liar Season 2 Cast: Who Can Be In It?

The cast of ‘Liar’ is led by Joanne Froggatt as Laura Nielson, a dedicated and smart teacher who has recently become single. Ioan Gruffudd of ‘Fantastic Four‘ fame appears as Andrew Earlham, a renowned surgeon. Gruffudd’s son Luke (Jamie Flatters) happens to be a pupil at Laura’s school.

Zoe Tapper is seen in the role of Katy Sutcliffe, Laura’s older sister who works with Andrew at the hospital. Warren Brown appears as PC Tom Bailey, Laura’s ex-boyfriend who is having an affair with her sister, Katy.

Richie Campbell is seen playing the role of Liam Sutcliffe, Katy’s husband who has no clue about her infidelity. Shelley Conn is seen as DI Vanessa Harmon and Danny Webb as DS Rory Maxwell. They investigate Laura’s accusations of rape.

The main cast members are confirmed to return for season 2, and they will be joined by some new characters, including Katherine Kelly of ‘The Night Manager‘ fame, who will appear in the role of DI Karen Renton. Howard Charles of ‘The Widow’ fame appears as Carl Peterson, and Amy Nuttall of ‘Downton Abbey‘ is seen as Winnie Peterson.

Liar Season 2 Plot: What Can It Be About?

Just when it looks like ‘Liar’ season 1 is wrapping up and serial rapist Andrew Earlham is headed for prison, the ITV drama delivers one final surprise. (Spoilers ahead!) In the final moments, we see Andrew Earlham half-submerged in the muddy marshes, his throat slashed and blood on his shirt.

So who killed him? Season 2 will seek to answer this as Andrew’s life is investigated with a fine tooth-comb. It remains to be seen if any other skeletons tumble out of his closet and if one of his past misdeeds finally caught up to him and led to his demise.

The show comes from the mind of the duo that made ‘The Missing’ and ‘One of Us’ and both of these are known for their twists. This series too pans out like that. When an innocuous date ends with Laura not remembering what happened, and feeling pain and sickness, she believes that Andrew raped her. An elaborate game of he said, she said begins and characters are called into question. One must note that in a post #MeToo society, the content of this show is extremely topical and relevant.

In season 2, we fully expect to see the mystery unravel even further, and now that a can of worms has been opened, there is no going back for anyone. Notably, the series touches briefly upon how social media plays a role in cases like these, and it would be a good thread to explore in the upcoming season, considering the rise of an alternate social media justice system in cases of sexual assault and harassment.

You can watch the official season 2 trailer for Liar right here.