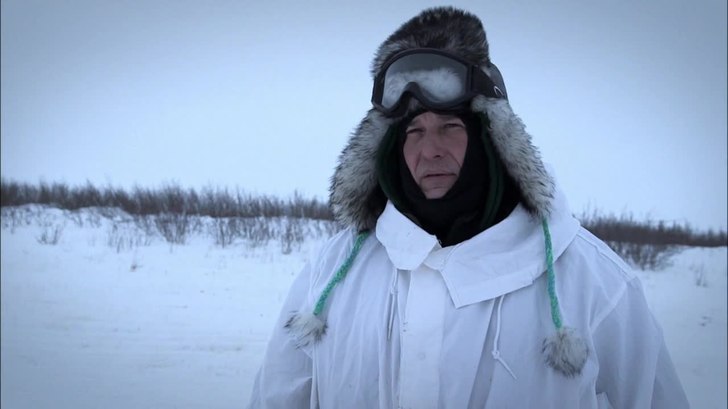 Life Below Zero is an enthralling documentary television series that showcases the daily and seasonal activities, tasks and chores of subsistence hunters as they struggle to survive and make their living in remote areas of Alaska. The show is produced by BBC Worldwide and airs on the National Geographic Channel. The show follows and covers the everyday lives of people who live in below zero conditions and their struggles and dangers, and they hunt and depend only on their own skills and abilities to survive in the coldest of the wild.

Life Below Zero Cast: Who is in it?

Sue Aikens is one of the oldest characters on the show; she is a 54-year-old woman and the only resident of the Kavik river camp in Northern Alaska. The camp is located on the side of the Kavik River, 197 miles North of the Arctic Circle. She believes in being strong and not thinking about what hurts. She also suffered a dangerous injury during the filming of one episode. Chip and Agnes Hailstone – They live with their family of seven children on the Kobuk River in Noorvik and only19 miles North of the Arctic Circle. Chip lived in a place called Kalispell, Montana before he decided to move to Alaska. Agnes is Native Alaskan, she was born and bought up in Alaska and is the only member of the cast who has been in Alaska her entire life, and also has spent the longest time there. She has deep ties to the land through her family that spans generations and has knowledge that has been passed down from every generation making it very useful for survival. Although Agnes is more the focus of the Hailstones segments, her whole family can be seen on the screen with her.

Further in the cast is Glenn Villeneuve – He lived in Burlington, Vermont before moving to Alaska in 1999. He lives alone in Chandalar which is 200 miles north of Fairbanks, Alaska. Jessie Holmes – He lives in Nenana, Alaska and is a fisherman, a hunter and dog sledge racer who lives only in the company of his 40 sledge dogs. Andy Bassich – He lives on the Yukon River near Eagle, Alaska in the company of his 25 sledge dogs. He came to Alaska after deciding to move from Washington D.C. with his wife, Kate Bassich. They got divorced in 2016. Erik and Martha Salitan – They are a young couple who are very well-versed in living in the wild, they live 67 miles north of the Arctic Circle in Wiseman, Alaska.

Life Below Zero Plot: What is it about?

The show closely follows seven people as they battle it out for their lives and basic necessities in below zero temperatures in the state which has the lowest population density in the entire United States. The show has had a successful run of eleven seasons where we have seen the hunters prepare for the harsh Alaskan winters, find and gather food, hunt while being careful from the wild animals who are ready to attack any second now. We follow their life cycle of being the hunter as well as the prey and how complicated it can get not just to survive alone but also help your family survive, raise kids and protect them while teaching them to protect themselves from all the elements of nature whether living or non-living. It is not just the cast, but the crew also has to survive the sub-zero temperatures while they try to film which is a feat in itself as they move along deep ice with cameras and heavy pieces of equipment just to get the perfect shot when it comes along. They show also had to suffer the blow of a lawsuit when Susan Aikens accused them of endangering her life on purpose.

Susan explained how she was forced to camp in an unknown spot, use the snow machine and go into the overflow where she was thrown off and suffered an injury. She was then exposed to the sub-zero temperatures when the crew was trying to help her; she was also not allowed to take her pet dog with her which upset her as the series was not supposed to be scripted. Aikens also informed that the producer did not call for help right away and when he did he made the helicopter land far away so she could be seen walking towards it in pain. Sometimes it is the crew who has to deal with reality stars that are stubborn, “It was a cameraman I’d never worked with before, and we had our differences right from the start. It got to the point where one night, up on a mountain in the dark, I could tolerate him no longer. I told him where to go. A helicopter was sent to whisk him away, and we will not be working together again. I’m a big believer in arranging things so that I don’t have to work or spend time with people I don’t like. That is a priority for me,” Glenn Villeneuve explained.

Life Below Zero Season 12 Release Date: When will it premiere?

Life Below Zero season 11 premiered on  September 18, 2018 and came to an end on on Feb 19, 2019. There have been no announcements on the premiere of the twelfth season yet, but we are sure it will be announced soon enough. Keep an eye out on this section to find out what Life Below Zero season 12 release date will be.

As there have been no announcements made for the release of the twelfth season, there are no trailers or teasers released yet. However, you can find a clip below which will give you a peek through the lens of all the adventures that have taken place in the previous and the coldest season of the show so far.