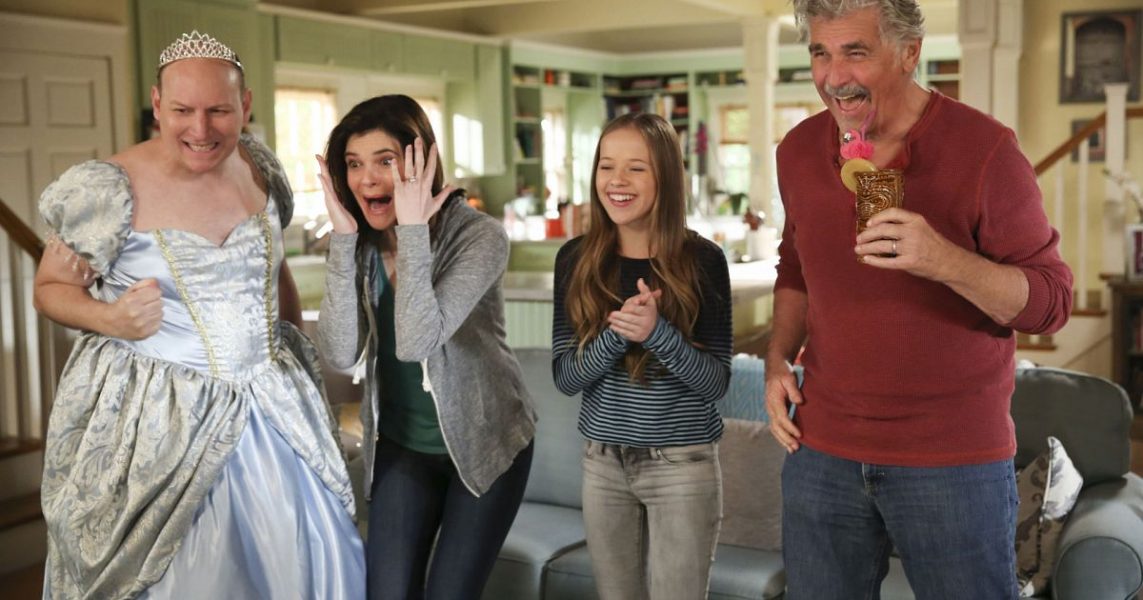 ‘Life in Pieces’ is an American sitcom television series that airs on CBS. The show is created by Justin Adler and first premiered on September 21, 2015. This series follows the lives and stories of three generations of a family. It is produced by 40 or 50 Years, Inc. and Kapital Entertainment in association with 20th Century Fox Television. Adler also serves as the showrunner, while the executive producers include Justin Adler, himself, and Aaron Kaplan, Jeff Morton, Jason Winer, Brad Copeland as well as Barbara Adler. The show has seen four successful seasons so far. Here’s everything we know about its next season.

Life In Pieces Cast: Who is in it?

Life In Pieces Plot: What is it about?

‘Life in Pieces’ is all about the family members of three generations of the Short family. The format of the show ensures that each episode has four short stories about each of the generations. The family is closely depicted with all its bonding, strength and pitfalls. As we see each branch of the family, the episodes are centered around the day to day activities of what the Short family does in the Los Angeles County, including their interactions.

Breaking the stories up and narrating them through each of the family members is an excellent technique since we get a perspective into all the characters and often see the same situation through different eyes and thus colored by different perceptions. This makes instances of misunderstanding among the members even more comic. CBS describes ‘Life in Pieces’ as being about, “one big happy family and their sometimes awkward, often hilarious and ultimately beautiful milestone moments as told by its various members.

Of the three siblings, middle child Matt has finally married his true love, Colleen. The coddled youngest brother, Greg, and his wife, Jen, are struggling to find the balance between work and raising their toddler. The eldest, Heather, and her husband, Tim, have their hands full with three children. To make matters crazier, their oldest son and his wife are living on their property in a tiny house. Their parents are Joan, the family’s adoring matriarch who would do anything for her kids—as long as she agrees with it—and John, the gregarious patriarch who’s searching for ways to spend more time with his family. As the family’s lives unfold in four short stories each week, they try to savor these little pieces of time that flash by but stay with you forever, because these moments add up to what life’s all about.”

What is remarkable about the show is how the plot reflects the title ‘Life in Pieces’. As they say, life is not about the minutes, but the memories. These memories do not always have to be grand occasions and mostly creep up in our everyday lives. The comedy shows us exactly that as it revolves around the Short family, this big and happy, but awkward family. The Shorts try to cherish the beautiful milestone moments in their daily lives and we are told about this through the eyes of the different family members. Think of it as a window into the person’s mind where you can see what effects the character the most and the moments that they will cherish from that particular day. Each week, in a new episode, the family’s life is divvied up into four short stories.

The Shorts always try to savor all the little snippets and bits of time that seem to flash by but stay in the minds forever, since it is these moments that add meaning to life. There is truth in the fact that we are a sum of all our memories, and the Short family tries to actualize each day, making it memorable through their interactions with others and among themselves. However, if this gives you the idea that the show is more of a drama, then you have another thought coming. The episodes are interspersed with a good amount of humor that will have you laughing and you will soon find yourself falling in love with the adorable and occasionally awkward Short family.

Life In Pieces Season 5: Release Date: When will it premiere?

Life in Pieces Season 4 premiered on April 18, 2019. As far as the next season goes, we have bad news for the fans. On May 10, 2019, CBS announced the cancellation of the show. Considering the declining viewership of the show, it was expected that CBS may not continue for another season. Though, fans should not lose all their hopes. There’s still a possibility that some other network picks up the show. If that happens, we will update you about Life in Pieces Season 5 release date.

While we wait for any positive news on Life in Pieces Season 5, check out the season 3 trailer to refresh your memories. If you haven’t seen the show yet, head over to CBS to catch all the episodes of the previous seasons.