Life Lessons with Uramichi-Oniisan Episode 4: What to Expect? 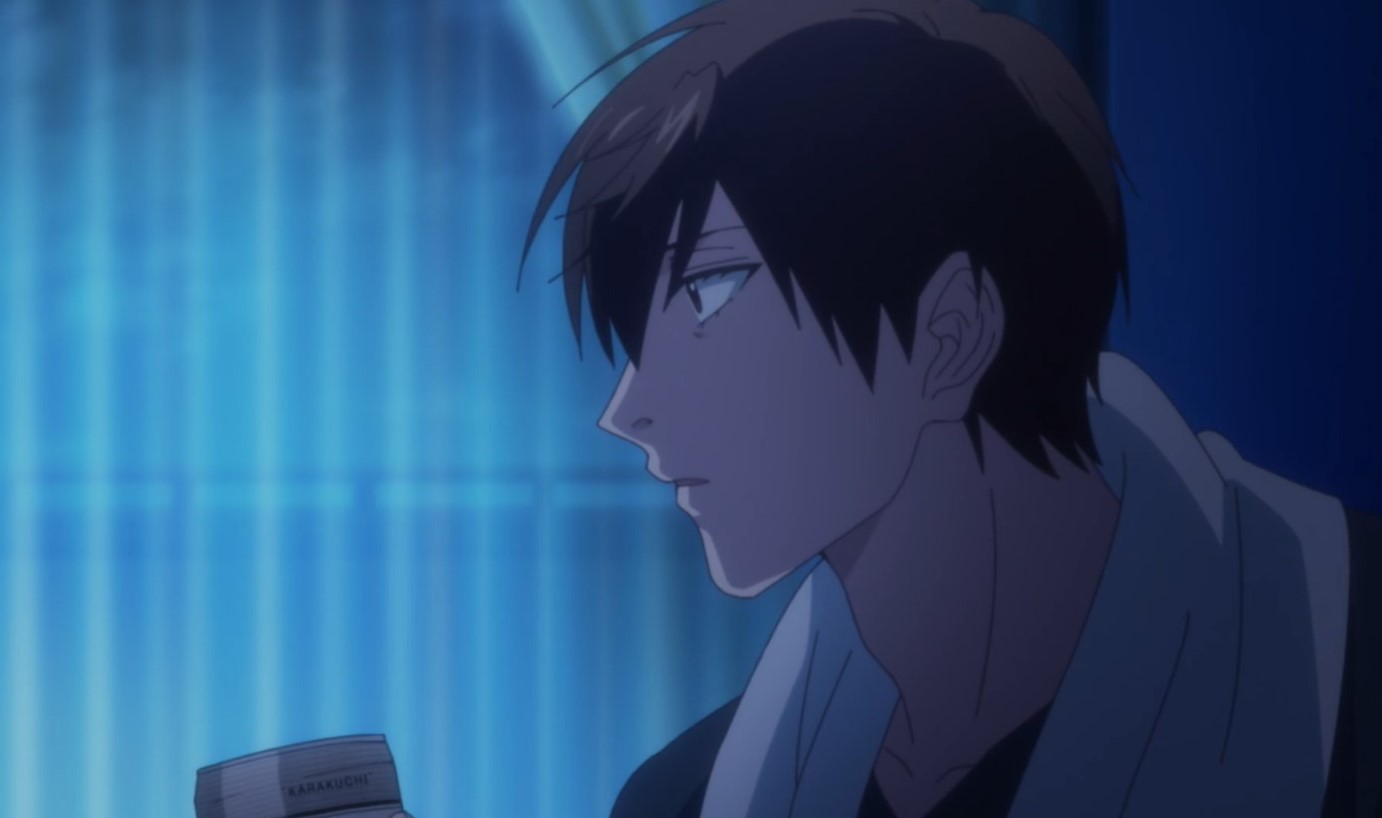 Based on the Japanese manga series of the same name by Gaku Kuze, ‘Life Lessons with Uramichi-Oniisan’ or ‘Uramichi Oniisan’ is a dark-comedy slice of life anime. The show follows a 31-year-old gymnast turned coach named Omota Uramichi, who works on a children’s educational TV program titled “Together with Mama” as a host. No matter how much he tries to maintain a positive and uplifting attitude, his inner darkness and nihilistic tendencies creep out one way or the other.

The anime first premiered on July 6, 2021, and with its episode 4 about to release, fans are eager to learn how things will unfold for the protagonist. In case you are also curious about the same, we have got you covered.

‘Life Lessons with Uramichi-Oniisan’ season 1 episode 4 is all set to release on July 27, 2021, in Japan on Wowow, HTB, TV Tokyo, BS11, and Animax. The dark-comedy slice of life series is animated by Studio Blanc, with Nobuyoshi Nagayama serving as its director. The character design is done by Mizuki Takahashi and Yusuke Shibata, while Tōko Machida shouldered the responsibility of the writing staff.

Utano Tadano, who lends her voice to Utano Tadano, and Mamoru Miyano, who voices the character of Iketeru Daga, performed the opening theme song “ABC Taisō.” “Dream on,” the closing theme song, is sung by Miyano.

‘Life Lessons with Uramichi-Oniisan’ is licensed by Funimation for streaming outside Asia. People with a subscription to the anime streaming service can watch the show here. People in Scandinavian countries can stream the dark-comedy slice of life anime on Wakanim with French, English, German, and Russian subtitles.

In episode 3, titled “Wash Your Hands and Gargle” or “Tearai Ugai wa Taisetsu ni,” Omota, along with other hosts, teaches children about the importance of washing hands and maintaining good hygiene. The following day, he is approached by kids to draw their favorite anime characters, KiraPure Pink and KiraPure Blue. However, his lack of interest reflects in his drawings, and his sketches look nothing like the girls’ expectations.

Thankfully Iketeru arrives at the right time and saves the day by drawing the characters accurately. Omota is later asked by the director to pull an all-nighter in order to draw KiraPure Pink and KiraPure Blue on every ball in a huge carton. The cynical host ends up working overtime and messes up the shooting for the show the following day.

When he gets back home after work, Uramichi is again overtaken by the existential dread and the lack of any drive, whether it comes from ambition or love. In episode 4, he will have to deal with unforeseen financial troubles. He may get help from one of his colleagues and end up doing some other embarrassing act for the kids’ television program.

Read More: Where to Stream Life Lessons with Uramichi Oniisan?