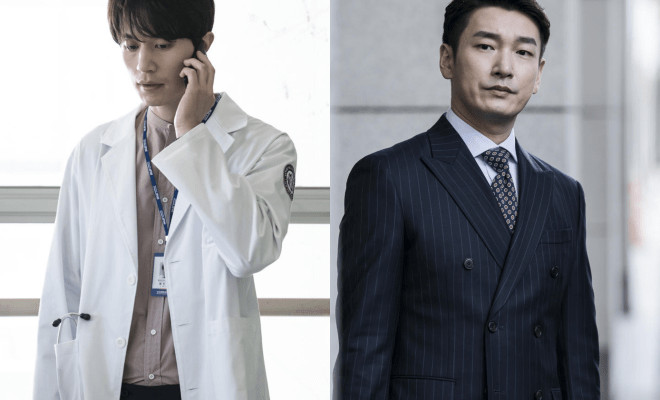 Life is a South Korean television series, created and written by Lee Soo-Yeon, and directed by Hong Jong-chan and Im Hyun-Wook. The series is produced by Min Hyun-il and Lee Sung-jin, with the executive production by Oh Hwan-min. The companies involved in the production are Single Entertainment Group and AM Studio. The show was originally broadcasted on the local channel JTBC and later was distributed internationally by Netflix.

Lee Dong-Wook (as Ye Jin-woo) is a doctor working at the ER Department. The younger version of him is played by Choi Ro-Woon. Cho Seung-woo (as Koo Seung-Hyo): Koo Seung-Hyo is the President of the hospital.

Won Jin-ah (as Lee No-Eul): Lee No-Eul is a junior specialized in paediatrics, who has a warm heart and treats the patients kindly. Lee Kyu Hyung (as Ye Seon-woo) is the brother of Ye Jin-woo. He has specialized in orthopaedics and also is the Judge of the Committee of Health Insurance Evaluation. His younger version is played by Kim Yeon-Ung. Yoo Jae-Myung (as Joo Kyung-moon) is the head of the Department of Thoracic and Cardiovascular Surgery. He is not in good terms with Koo Seung-hyo and often clashes with him because their approach to work is very different from one another.

Moon So-Ri (as Oh Se-Hwa) becomes the first female to get the post of chief of the neurosurgery department. Later on, after an internal election, she becomes the director of the hospital.

The recurring roles are as follows: Moon Sung-keun (as Kim Tae-sang) is the deputy director of the hospital and is sick of his current status. He wants to take over the hospital. Chun Ho-jin (as Lee Bo-hoon) is an ideal doctor, known for his good ethics, kind personality, and loyalty. Tae In-ho (as Sunwoo Chang) is the Coordinator of the Transplant Center. YeomHye-ran (as Kang Kyung-ah) is the Manager of the Hospital of Sangkook University. Um Hyo-sup (as Lee Sang-yeop) used to be the deputy director of the hospital. Now, he is the Head of the Cancer Center. Kim Won-hae (as Lee Dong-soo) is the Head of the Emergency Medical Center. Jung Moon-sung (as Jo Nam-hyung) is a chairman of Hwajung Group. Choi Gwang-il (as Jang Min-ki) is the Head of the Transplant Center. Woo Mi-hwa (as Kim Jung-hee) is the Head of the Gynecology Center.

Life Plot: What is it about?

‘Life’ is a medical drama series, featuring a University Hospital within which, human stories and power struggles occur. The ideals and interests of the hospital are at stake because of the collision between the new director, and an emergency physician focused on patients.

The series throws light upon the Hospital, a big corporate machine, whose CEO is aimed at making enormous profits regardless of the ethics of the hospital staff including doctors and nurses, and the public’s health. There is a lot of corruption occurring in the hospital, which the public doesn’t know about. When the new corporate masters ask the staff about it, most of them refuse to tell the truth for fear of losing their jobs. Yet among them, some doctors stick to their personal ethics, and they fight back, believing that the patients’ health should be put first in the medical profession, not the profit. Now the only person who is capable of standing up to the new President is Oh Se-Hwa, the hospital director who got elected by the department head.

There are numerous other characters in the series, who have their own motives, some of which are corrupt and some good. The series is all about the battle between humanitarianism and corporate profits.

Life Season 2 Release Date: When will it premiere?

‘Life’ season 1 July 23, 2018 and ended its run of 16 episodes on September 11, 2018. No announcement has not been made regarding the cancellation or renewal of season 2 yet, but we should find out soon enough what the future holds for Life. Our best guess is that if the show does get renewed, ‘Life’ season 2 can release sometime in October 2019. We will update this section as soon as we hear more.