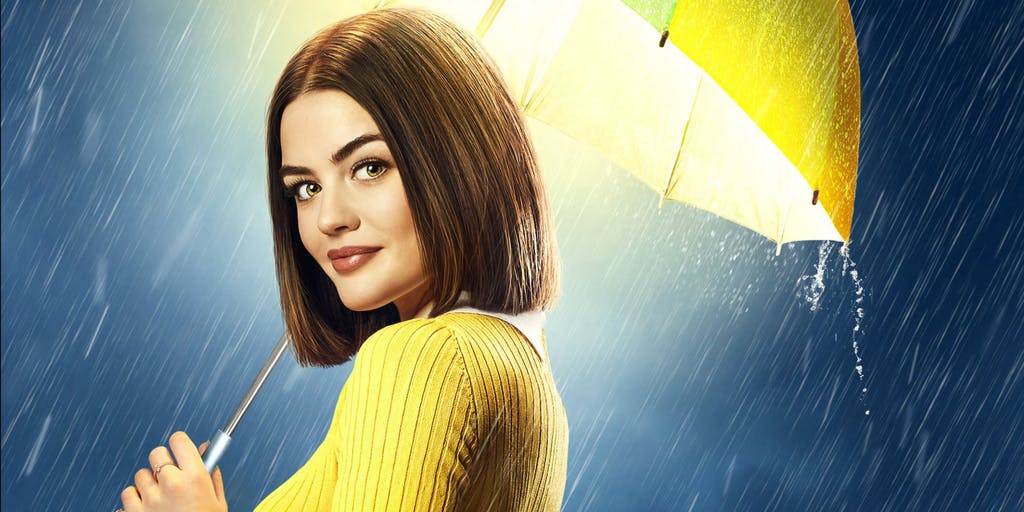 ‘Life Sentence’ is an American comedy-drama and family series which is created by Erin Cardillo and Richard Keith, famous for ‘Full House’ and ‘Fuller House‘. The series airs on The CW and first premiered on March 7, 2018. The series focusses on Stella, a woman who has to live with the consequences of her actions that she committed when she thought she was dying, once she becomes miraculously cured.

We all need a free pass in our lives, and the only reason a lot of us remain constrained is because of the fear of societal consequences. This societal consequence is, of course, codified and formalized as law and not to mention, the fear of divine retribution, which remains a cornerstone of religion. However, if we were to find out we were dying, that would be the greatest exonerator, since we would not have to worry about earthly consequences, and if you do not happen to believe in an afterlife, then all the better.

Since accountability is a rather serious issue in today’s day and age, a lot of fans flocked to the show, hoping that the message would be clear and the series would tackle issues of importance. However, both fans and critics walked away disappointed, and critics have rightly summed up the series saying, “Life Sentence avoids asking tough questions about serious issues, settling instead for a cloying sweetness.”

Life Sentence Cast: Who is in it?

Carlos PenaVega is seen in the role of Diego Rojas. Gillian Vigman, known for her role in ‘New Girl‘ is seen as Ida Abbott, Dylan Walsh appears as Peter Abbott, and Nadej Bailey as Sadie.

Sebastian Vargas appears as Frank Abbott Rojas, Elizabeth, and Diego’s son. Emanuel Eaton also played this role in the pilot episode. Alyshia Ochse appears as Marlene, Shannon Chan-Kent as Finley, Lindsey Maxwell as Denise, Riley Smith as Dr. Will Grant, an oncologist who has a soft spot for his patients. Bre Blair is seen as Lauren, Rana Roy as Pippa, Wes’ ex-fiancée, Alyssa Diaz as Kayla, a friend and co-worker of Aiden, and Valerie Cruz as Gina, Peter’s love interest and Diego’s boss, form the rest of the characters in the series.

Life Sentence Plot: What is it about?

The plot of the show is based on a girl Stella (Lucy Hale), who is suffering from terminal cancer and spends the last eight years of her life as if it was her last day to be alive. She goes about with the intention of making it count. She does everything that can make her happy including all that she wished to do in her life. She travels the world, faces her darkest fears and finds true love on a whirlwind trip to Paris.

One fine day, Stella learns that her cancer has been cured miraculously and this brings about a drastic change in her life including affecting those decisions that impact her life, like marrying a stranger. She also gets to know that her ideal family is not perfect at all. Her father Peter (Dylan Walsh) and her mother Ida (Gillian Vigman), have fallen out of love. The fact that she was dying was the reason everyone was hiding his or her problems from her. Now that she is cured and she realizes that problems are everywhere and no one can aspire to be perfect. One should know how to deal with their issues better. She starts helping them out and realizes that life exists somewhere between dreams and reality and making the best of it ultimately depends on an individual.

Variety aptly sums it up saying, “To the show’s credit, there is a story in the life of a sheltered girl who skipped learning the responsibilities of adulthood because she was too busy preparing to die. Stella threw herself into a very romantic view of what she wanted the last few years of her life to look like — which included a whirlwind marriage in Paris to a super-hot British guy (Elliot Knight). Having a future is a whole different skill set. But the show advances practically nowhere from this premise. Her family is clearly somewhat traumatized by what happened to them over the course of her illness, but their straits are played closer to comic hijinks than a thoughtful struggle. It reads as if a much more serious show was given a sunny brush-up.”

Life Sentence Season 2 Release Date: When will it premiere?

‘Life Sentence’ Season 1 premiered on March 7, 2018.  In spite of a good storyline, the show could not garner decent ratings and that became the main reason behind the cancellation of ‘Life Sentence’ by The CW.

Star Lucy Hale expressed her feelings about the unfortunate news on social media where she mentioned “I was emotionally attached to this story and to everyone involved so I’m a little shell-shocked right now, but I feel fortunate that we got to tell a really beautiful story. Sometimes things don’t resonate with the audience and show just don’t work, but I’m so proud of what we accomplished & for the experience I had. Life Sentence was a show that a lot of us needed, and I am beyond grateful for those who gave our show a chance. Somewhere in the universe, the Abbotts will continue their dysfunctional lives & Stella will continue to be a manic pixie dream girl.”

Though, fans should not lose all their hopes. There’s still a possibility that some other network picks up the show. If that happens, we will update you about ‘Life Sentence’ Season 2 release date.

While we wait for any positive news on’Life Sentence’ Season 2, check out the season 1 trailer to refresh your memories.