Life’s a Glitch with Julien Bam Season 2: Renewed or Cancelled? 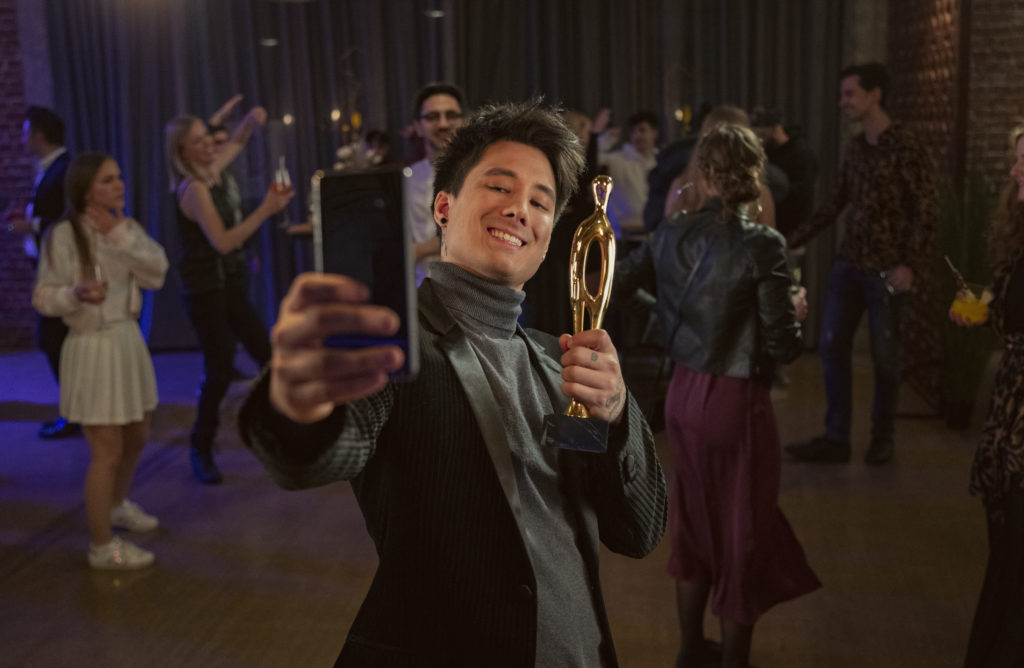 Netflix’s ‘Life’s a Glitch with Julien Bam’ is a German-language comedy series that revolves around the misadventures of famous influencer Julien Bam and his sidekick Joon Kim as they accidentally enter a parallel dimension. Created by Julien Bam, Shawn Bu, Felix Charin, Daniel Jacobs, Joon Kim, and Georg Ramme, the series is a slapstick exploration of the perils of fast fame and influencer culture.

Although the show attracted less-than-stellar reviews for its seemingly try-hard comedy and superficial plotlines, many did enjoy the show as a lighthearted watch. Taking into account its entertaining premise and attempt to mix humor and social commentary, fans are genuinely curious about the show’s future. Will it be returning for another season? Here’s everything we know about ‘Life’s a Glitch with Julien Bam’ season 2.

‘Life’s a Glitch with Julien Bam’ season 1 premiered on October 21, 2021, on Netflix. The season comprises four episodes with a runtime of 32-36 minutes each.

Well, what about season 2? As of now, there is no official information regarding the renewal of ‘Life’s a Glitch with Julien Bam’ for another season. It looks as though the streaming giant is waiting to see how the first season performs before deciding the show’s fate. Admittedly, the show does not require a second season since the first season resolves most of its plotlines despite ending on a mildly ambiguous note. However, it has established enough themes that can be explored if it gets the go-ahead for another installment.

Additionally, Julien Bam is quite famous in Germany, and it is possible that his key involvement in the series will attract enough viewers to warrant a second season. However, whether he wishes to expand upon the storylines established in season 1 is currently unknown. Since season 1 took around eight months in production and post-production, we can assume that season 2 might take a while to get developed if it gets the green light. Looking at all the above-mentioned information, if the show gets recommissioned soon, we can expect ‘Life’s a Glitch with Julien Bam’ season 2 to premiere sometime in Q3 2022.

Life’s a Glitch with Julien Bam Season 2 Cast: Who can be in it?

It’s hard to imagine a second season without the iconic duo that helms the first one. Therefore, it’s likely that if ‘Life’s a Glitch with Julien Bam’ gets renewed, season 2 will see the return of Julien Bam and Joon Kim as themselves. Safira Robens (Lia), Rebecca Soraya Zaman (Hana), Andreas Dyszewski (Olek), Madieu Ulbrich (Diego), and Juri Padel ( Dima) might also reprise their supporting roles. Additionally, we may see some fresh faces, perhaps even other well-known influencers.

Life’s a Glitch with Julien Bam Season 2 Plot: What can it be About?

Season 1 sees popular German influencer Julien Bam waking up in a parallel world as a taxi driver, having lost all his fame. However, his best friend Joon Kim seems to be a well-known rapper in the alternate reality. The two quickly realize that their crash with a 5G mast is the reason behind the reality shift. The two attempt to rap, film a music video, take part in a clinical trial, and fight in a roleplay convention. They also learn the dangers of fame and the value of friendship. The season finale sees Bam and Kim trying to return to their own world by coordinating with those in the parallel universe. As they crash into the 5G mast again, everything goes dark.

If there is a season 2, it could likely explore what happens to the duo when they return back to their own reality. Since the 5G mast is clearly a troublesome element, maybe we will see others accidentally experiencing its reality-altering powers as well. Bam and Kim might try to help others in such a case. Or, the duo might experience the side effects of having witnessed their parallel lives. The possibilities are truly endless!