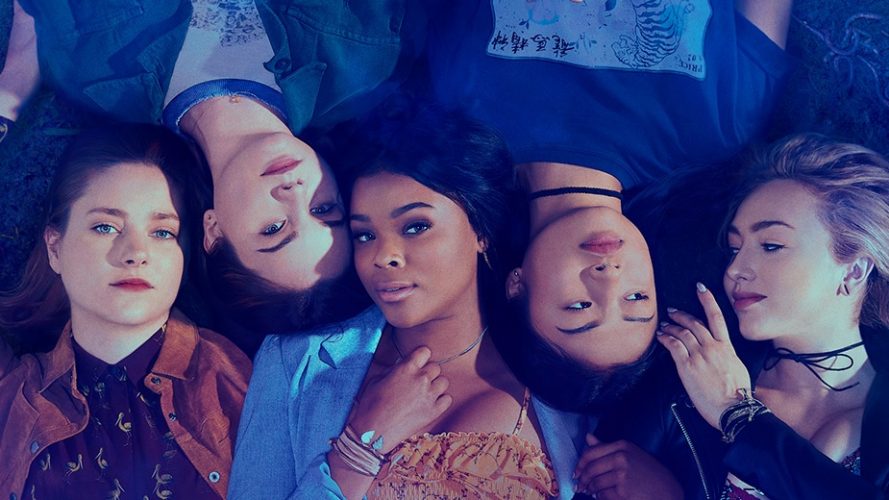 Light as a Feather is an American thriller web series that is based on the book of the same title, written by Zoe Aarsen. The show that has been created by R. Lee Fleming, Jr. and was primarily shot in Los Angeles, California first premiered on October 12, 2018 on Hulu. It was well received by the audiences but didn’t impress the critics. Season 1 of the show, which is about a group of friends playing ‘light as a feather, stiff as a board’, holds only 44% approval rating on Rotten Tomatoes. Despite unenthusiastic critical response, the show was renewed for a second season.

Light as a Feather Cast: Who’s in it?

The main cast of the show is led by Liana Liberato who plays McKenna Brady, an introvert but popular high school senior with divorced parents. Liberato also plays Jennie Brady, who is Mckenna’s late twin sister in a recurring role. Haley Ramm plays Violet Simmons, who is a new student at school and new in town as well. Ajiona Alexus plays Candace Preston, a popular girl at school. Brianne Tju plays Alex Portnoy, who is a tomboy and dancer. Peyton List is seen as Olivia Richmond, who is the wealthy leader of the popular clique at school.

Light as a Feather Plot: What is it about?

The story of the show follows five teenage girls and how they suffer the consequences of a supernatural fallout which results from an innocent game of ‘light as a feather, stiff as a board.’ Things start going horribly wrong when the girls start dying exactly the way it was predicted and the ones that remain need to figure out the cause, whether it is something supernatural that is haunting them or is it one of their own. They need to find out not just the cause of death, but also a solution to stop any more deaths from happening.

The show is a horror adventure which is as intriguing as it is downright freaky. It is different from any other horror thriller that is out there. The gruesome death of the teenage girls gives the show an emotional weight. It manages to surprise you and catch you off guard at every turn. How will the girls react to the problem? Will they unite against it or will their individual selfish motives of saving themselves win over the collective good?

Each episode brings us closer to the entity that is preying on them, and things get more twisted than expected. When Ajiona Alexus was asked of her knowledge of the game, she said “I had zero ideas. My management told me about it, and some of the girls knew about it. I looked it up, but I didn’t really understand. I would never play. I’m a very adventurous person but certain things, I’m just not going to do.” She also spoke about the female bonds in high school and explained what it’s like to have them, “I think it’s very relatable. I like this project because it shows the diversity of women, especially young females. I’m happy that the show celebrates all of that in one… showing we can carry a show. It definitely touches on parts of high school relationships and things a lot of girls I’m sure can relate to in school: weird things, bullying, creepy games. Maybe not to that extent where somebody’s cursing them, but you never know these days.” Alexus, who also stars in 13 Reasons Why, believes that both have been completely different experiences for her while being equally important for her growth.

Light as a Feather Season 3 Release Date: When will it premiere?

Light as a Feather season 2 premiered on July 26, 2019 on Hulu. All 8 episodes were released on the same day.

As unique and fascinating the show is, it’s difficult to continue a show if it doesn’t have a unique voice. So, whether Hulu renews the show or not is a tricky question to answer. One thing going in the favor of the show is that teen horror shows (think Stranger Things) are extremely popular today. That alone makes another season worth it. If you are a fan of the show, and are eager to know about its renewal, then don’t forget to bookmark this page, because we will update this section as soon as we come to know about Light as a Feather season 3 release date.

Light as a Feather Trailer:

While we wait for Light as a Feather season 3, check out the season 2 trailer below. If you haven’t seen the show yet head over to Hulu to catch all the previous episodes.