Will There be a Lilyhammer Season 4? 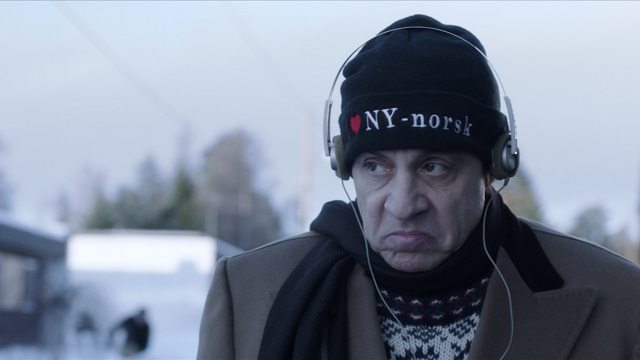 ‘Lilyhammer’ is a Norwegian drama show, created for Netflix and NRK1 by real-life partners Anne Bjørnstad and Eilif Skodvin. The show first premiered in Norway on January 25, 2012, and began streaming on Netflix (the US and Canada) from February 6, 2012. Advanced as the “first-ever Netflix Original,” it also set the base for many traditional trails Netflix follows to date.

The story revolves around the life of a New York criminal mob, as fate forces him to testify against associates from his firm, endangering his life as a result. He manages to strike a deal with the witness protection program and relocates to a Norway town called ‘Lilyhammer,’ with a brand new identity.

‘Lilyhammer’ opened to a tremendous response from the audiences and the critics alike. It broke the rating record in Norway as over 998,000 viewers, which is one-fifth of Norway’s population, tuned into NRK1 to watch the first season of the show. ‘Lilyhammer’ doesn’t generate the same impact as ‘The Wire,’ ‘The Sopranos,’ or ‘Breaking Bad.’ Still, it indeed reminds us of ‘Fargo,’ thanks to its usage of ultra raw characters, captivating snowscapes, artistically depicted gore, and funny-but-stop-laughing dark humor.

However, the last season garnered mixed reviews, with some calling it a drag season. Therefore, the question remains: Will fans ever get to see ‘Lilyhammer’ season 4? Let’s find out!

Lilyhammer Cast: Who is in it?

Steven Van Zandt, who is best known for his role in ‘The Sopranos’ and as a member of the American rock band E Street Band, plays the lead character of Frank Tagliano, who dons a new identity of a Norwegian American immigrant, Giovanni “Johnny” Henriksen. Frank moves to ‘Lilyhammer,’ scared for his life after he throws his own men under the bus. Trond Fausa Aurvåg essays the character of Torgeir Lien, who is Frank’s confidante and friend.

Lilyhammer Plot: What is it About?

‘Lilyhammer’ follows the life of a mobster who rubs his associates the wrong way, when he testifies against them. With a target on his back, he decides to leave town and move to a new place, with a brand new identity. He ends up in the quaint town of Lillehammer, and henceforth goes by the alias Giovanni Henriksen, also known as Johnny. Settling in, he tries to adapt to the culture while growing his empire from scratch. While doing so, he gains the attention of a lot of people, and not all of them wish him well.

The last season sees Frank Tagliano still struggling with witness protection, while also striving to manage fatherhood along with running his criminal operations.

Lilyhammer Season 4 Release Date: When Will it Premiere?

Unfortunately, Netflix has cancelled ‘Lilyhammer’ after three seasons, so there won’t be a ‘Lilyhammer’ season 4.

Netflix chief content officer Ted Sarandos, confirmed on July 23, 2015, at the Television Critics Association’s Summer Press Tour, that the third season of ‘Lilyhammer’ will be its last.

He said, “We’re not going to continue with Lilyhammer; it’s become a very economically challenged deal because there’s a partnership with the Norwegian broadcaster. It was very difficult to maintain the level of global exclusivity and control that we hope to with our shows with that show and the way it was structured with the Norwegian broadcaster. We’re big fans of the show.”

He tweeted: “#Lilyhammer RIP. Not my decision. Let’s just say for now the business got too complicated. Very proud of our 24 shows. New ideas on the way.”

#Lilyhammer RIP. Not my decision. Let’s just say for now the business got too complicated. Very proud of our 24 shows. New ideas on the way.