Will There Be More of Lincoln Rhyme: Hunt for the Bone Collector? 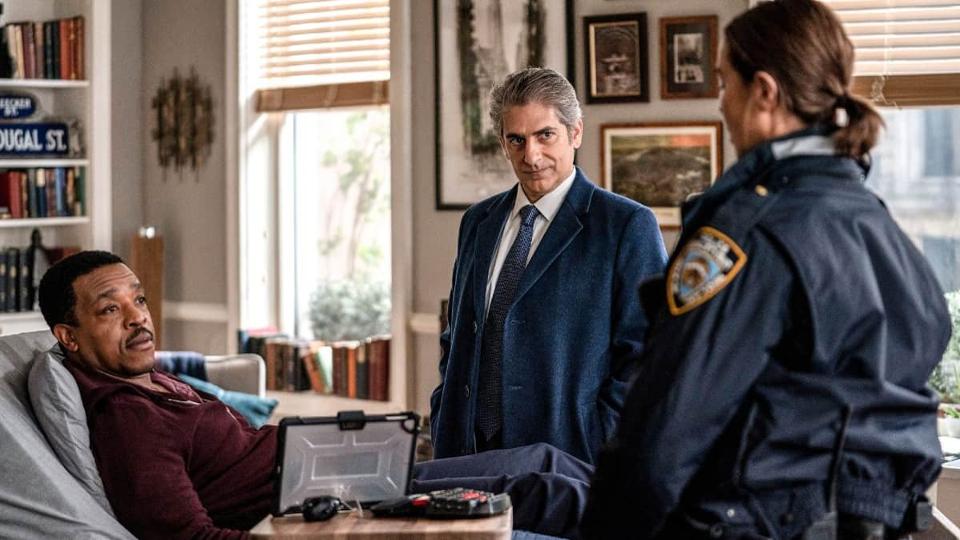 ‘Lincoln Rhyme: Hunt for the Bone Collector’ is a crime drama that follows the team of a former forensic criminologist and a zealous detective as they solve treacherous crimes and track down some of the most menacing criminals across the US.

It is an adaptation of Jeffery Deaver’s best-selling crime novel The Bone Collector (1997). Fans of the book already know what happens but the show brands itself as an upgraded version, rising above the stereotype of crime dramas.

Writers Mark Bianculli (‘The Good Neighbor’) and VJ Boyd (‘Justified’) are the creators of the show. ‘CSI: Miami’ fame Barry O’Brien serves as the showrunner. Seth Gordon has donned the director’s hat for the pilot episode. He is known for ‘Atypical’ and ‘The Good Doctor.’

The thriller came as a blessing for the fans of true crime shows like ‘Mindhunters’ and ‘True Detective.’ Even the makers had advanced the show as “not for the faint of heart,” thus, adding to the excitement level of the people. So, with season 1 having wrapped up, what are the chances for Lincoln Rhyme: Hunt for the Bone Collector season 2? Let’s find out.

Lincoln Rhyme: Hunt for the Bone Collector Season 2 Release Date: When Will it Premiere?

Interestingly, the show was initially called ‘Lincoln’ but the NBC decided to re-title it to ‘Lincoln Rhyme: Hunt for the Bone Collector.’ Adapted from the same novel, there is a 1999 crime thriller titled ‘The Bone Collector’ starring Angelina Jolie and Denzel Washington in the lead.

Season 1 of the show opened to mixed reviews. It averaged a 0.46 rating in the 18-49 demographic and garnered around 3.67 million viewers. So the decision of a renewal completely rests on NBC. However, based on fan demand alone, the series can span another season, chronicling a new case taken up by Rhyme — considering that season 1 covers the entire events of the novel. If renewed, we can expect ‘Lincoln Rhyme: Hunt for the Bone Collector’ season 2 to premiere sometime in January 2021.

Lincoln Rhyme: Hunt for the Bone Collector Cast: Who can be in it?

‘The Affair’ and ‘Seven Seconds’ actor Russell Hornsby headlines the cast as the forensic crime expert Lincoln Rhyme, who is left paraplegic after suffering an injury at work. Rhyme teams up with like-minded officers and continues his study. Joining Hornsby is ‘Vampire Diaries’ fame Arielle Kebbel, who plays the newbie detective Amelia Sachs. Amelia’s honesty and determination give her an entry in Lincoln’s good books. Courtney Grosbeck is Amelia’s whip-smart sister, Rachel Sachs.

Veteran actor Michael Imperioli essays the character of Detective Rick Sellitto, who is Lincoln’s dear friend and a former partner. His notable works include ‘The Goodfellas,’ ‘The Sopranos,’ and ‘Hungry Ghosts.’

Ramses Jimenez steps into the character of Eric Castillo, an NYPD detective who is Sellito’s current partner. Brooke Lyons joins the cast as Kate, whose skills and knowledge make her a great addition to the investigative team. She is known for appearing on the shows ‘2 Broke Girls’ and ‘iZombie.’

Barring Brian F. O’Byrne, we expect the entire cast to return if the show is renewed for a second season.

Lincoln Rhyme: Hunt for the Bone Collector Plot: What is it About?

The Bone Collector is a mysterious and notorious serial killer who once wreaked havoc on the lives of the citizens of New York, before disappearing from the face of the earth. Now, there are rumors that the man is back, three years later, and the police have a murder to confirm the same. The news causes an NYPD detective and forensic expert Lincoln Rhyme to come out of retirement, and back to work. But why?

Well, Rhyme has a history with The Bone Collector. A few years earlier, the serial killer set an inhumane trap that unfortunately left the detective paralyzed. Therefore, Rhyme’s primary mission right now is to catch hold of this barbarous man. A rookie officer Amelia Sachs lends her support to Rhyme by putting her strength of profiling to use. Does this unusual detective duo bring justice to the town infiltrated by crimes? Or does the psychopath outsmart Rhyme once again?

While we wait for an update on season 2, check out the first look for ‘Lincoln Rhyme: Hunt for the Bone Collector’ season 1!