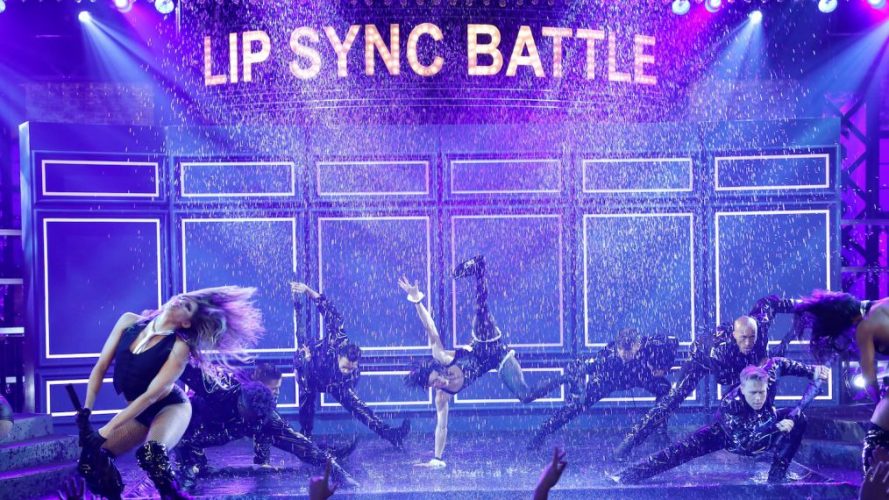 ‘Lip Sync Battle’ is an American musical reality competition television show that airs on the Paramount Network, that was previously known as Spike. The show first premiered on April 2, 2015. The first episode of ‘Lip Sync Battle’ was the highest rated premiere in the history of Spike.

The series is backed by Eight Million Plus Productions, Matador Content, Sunday Night, Four Eyes Entertainment, and Casey Patterson Entertainment, and has famous American hip hop artist LL Cool J as the producer. John Krasinski, Jimmy Fallon, David Larzelere, Stephen Merchant, Casey Patterson, Jay Peterson, and Rick Schwartz are on board as executive producers. The show comes from the minds of John Krasinski and Stephen Merchant and was initially meant to be a recurring segment on ‘Late Night with Jimmy Fallon’ before its popularity prompted in the branching off, and being conceptualized as an independent series. It has also given rise to a spin-off centered around kids on Nickelodeon, titled ‘Lip Sync Battle Shorties’.

The overwhelmingly positive critical reception has been thoroughly consistent over the years throughout the seasons of the show. It also received the accolade of a primetime Emmy award in 2016. Vulture noted the success of the show and jotted it down to the show’s creators “opted not to impose artificial demographic targets, they also went out of their way not to futz up the very simple premise that worked so well on Fallon’s late-night shows.” The Hollywood Reporter was a bit more reserved in its praise saying that the show was a success, but maybe it was a better fit as an interlude on Jimmy Fallon’s ‘The Tonight Show’. Nonetheless, the strong fan following ‘Lip Sync Battle’ has accumulated, speaks for itself.

Lip Sync Battle has had five successful seasons so far. Here’s everything we know about its next season.

Lip Sync Battle Cast: Who is in it?

Much of the show’s success goes to the excellent hosting done by rapper-actor LL Cool J (James Todd Smith) and supermodel Chrissy Teigen. The duo has been with the show ever since its first iteration on Spike in 2015. Doubtless, the same hosts will be returning as the entertaining hosts of the show. We hope these two get to host some cool celebrities who are the reason why the show is such a massive success.

Lip Sync Battle Plot: What is it about?

‘Lip Sync Battle’ has quite a simple premise. Celebrity contestants are invited to go toe-to-toe on a lip sync battle, a one of a kind ‘singing but not really’ never seen on TV before. Its origins are believed to go back to Jimmy Fallon’s ‘The Late Night Show’, the brainchild of Stephen Merchant, Emily Blunt, and John Krasinski when they chanced upon the idea of a celebrity lip sync competition. Not only had it been a huge success in the episode featuring Krasinski, but it also went on to become a regular staple on ‘The Late Night with Jimmy Fallon’.

Krasinski, Merchant, and Fallon pitched it as an independent show to NBC and its various cable channels in 2014 to no avail, but then Spike came forward to take it up. Spike (now Paramount Network) was then looking to diversify and explore new kinds of content, as the network president Kevin Kay had noted later. However, if one were to really trace the history of the show, one would know that it borrows from the concept created by Wm. Randy Wood for the 1982 show ‘Puttin’ on the Hits’.

As the name itself makes it self-evident, the contestants buckle up for lip-syncing/dancing performance for two rounds, at the end of which the audience decides the victor. Rather than its premise, the show is popular for its stardom, calling in new celebrities in every episode – celebrities such as Tom Holland, Rihanna, Ben Kingsley, David Spade, Jim Rash, Alison Brie and Joel McHale from the popular sitcom Community, Joseph Gordon-Levitt, Iggy Azalea, Will Arnett, Terry Crews, Anne Hathaway, Dwayne ‘The Rock’ Johnson, and Neil Patrick Harris, among others, have all starred on the show.

As the celebrities are paired up to go up against each other, audiences decide who wins the lip sync battles. What draws more viewers is the degree of interaction it demands from the audiences, and they are made to feel like they are a part of the show. Furthermore, having a celebrity lip sync and face off against another celebrity is always fun to watch. It is a lighthearted show and there are goof-ups sometimes, but the entire thing is excellently conducted by the hosts, which is reflected in the overall popularity among critics and fans.

‘Lip Sync’ battle gets a lot of things right which contributes to its phenomenal success. This includes a show that is tailored to appeal to a wide demographic range. Irrespective of how old you are or your gender, you will enjoy watching a show like this. Moreover, the celebrities actually look like they are having fun and despite being mostly unscripted, the show does not overdo the bells and whistles for the sake of ratings. Success lies in simplicity for this series.

Most importantly, the show’s content is such that it can be easily and quickly consumed, making it ideal for the present age of television. For example, the series highlights are only the face-off battles, which only take up a short amount of the viewers’ time, thus building a returning viewer base. Hopefully, in the upcoming season, the show will keep to its same successful formula, while inviting newer celebrities who are sure to keep the spotlight firmly trained on them, thus further increasing the popularity of the show.

Lip Sync Battle Season 6 Release Date: When will it premiere?

As far as season 6 is concerned, there has been no official confirmation yet. Though there is no reason why the show will not return with a new season, considering it enjoys immense popularity and the format of the show allows it to tap into the pool of innumerable celebrities who have not yet made an appearance. In all likelihood, we will see’ Lip Sync Battle’ Season 6 release sometime in January 2020. We will update this section as soon as we learn more.

While we wait for an update on ‘Lip Sync Battle’ Season 6, check out the season 5 trailer below.