Lisey’s Story Episode 3: What to Expect? 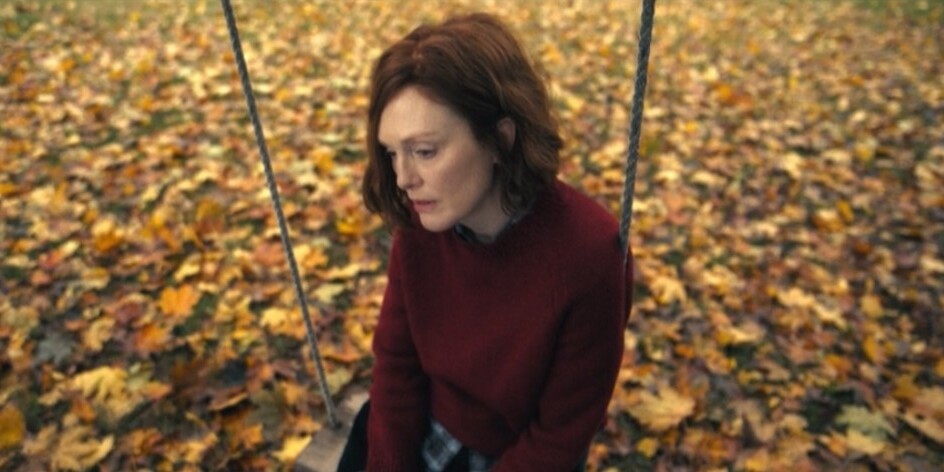 In case you are not aware yet, ‘Lisey’s Story’ is an enthralling and brooding psychological thriller drama limited series of foggy fascination. With Pablo Larrain in the director’s seat and fuelled by the imaginative storytelling of acclaimed author Stephen King (who is also the screenwriter of the screen adaptation), the spooky series unravels new revelations at every turn. The dream-like story follows grieving widow Lisey Landon as she reminisces the memory of her dead author husband.

Seamlessly lapping in time, the present-day narrative brings the titular character under the threat of her husband’s avid followers, who are led to think that Lisey is doing an injustice to the author by not revealing his unpublished manuscripts before the world. Featuring a star-studded cast with the highlights of Clive Owen and Julianne Moore in the titular roles, narrated by an impressionistic cinematic lens, and backed by the kind of production that one would expect from blockbuster thriller films, the series has everything to fulfill the appetite of thriller fans and followers of King’s novels alike. If you are looking to find the whereabouts of the upcoming third episode, let us keep you posted.

‘Lisey’s Story’ episode 3, titled ‘Under The Yum-Yum Tree,’ is set to release on June 11, 2021, at 12 am PT on Apple TV+. The first two episodes previously released together on June 4, 2021. New episodes, with an average runtime of 50 minutes each, will release weekly on Fridays.

‘Lisey’s Story’ episode 3 is exclusively available for streaming on Apple TV +. Additionally, the show may make its way to video-on-demand format on iTunes, but there is no confirmation of the news as of now. Therefore, you may need a subscription.

The third episode will ostensibly unravel more pieces of the puzzle as the story progresses onward. Lisey will find more clues on her treasure hunt, and we already know that a prize awaits her at the end of the puzzle. We may get more insight into the character of Amanda and her intriguing relationship with Scott. Amanda mentioned a pool in the pilot episode, and we may find more hints of the mysterious location. Lisey will go on another trip down memory lane, which may unearth hidden compartments in her memory. Lastly, she may have a frontal encounter with her husband’s obsessive fan, Dooley. The third episode will also hopefully disclose more aspects of Scott’s troubled past.

In the second episode of ‘Lisey’s Story,’ we see Amanda going into a state of delirium as she is haunted by spooky specters. Lisey calls professor Dashmiel to ask about the guy named Jim Dandy, but it turns out that Jim Dandy is only an alias – the real name of the person threatening her is Dooley. In a flashback, Lisey revisits the day when Scott came with the news of his book being accepted by the publisher. She is reminded of the day when Scott proposed to marry her.

Lisey also moves ahead with her bool hunt, finding two more clues in the journey. While the first clue urges her to call the doctor, the second clue is something about a “cedar box” that her sister Amanda owns. After the visit to the library, Dooley turns up at Scott’s previous residence, asking around about Scott. The new owner of the property does not read books, which adds to the aggravation of Dooley. After getting the call from Dooley, Lisey reaches to inform the police about the threats. The police urge her to keep a firearm, but Lisey refuses. As Lisey comes back to her residence, she is greeted by a dead crow and another threatening message from Dooley.