Lisey’s Story Episode 6: Everything We Know 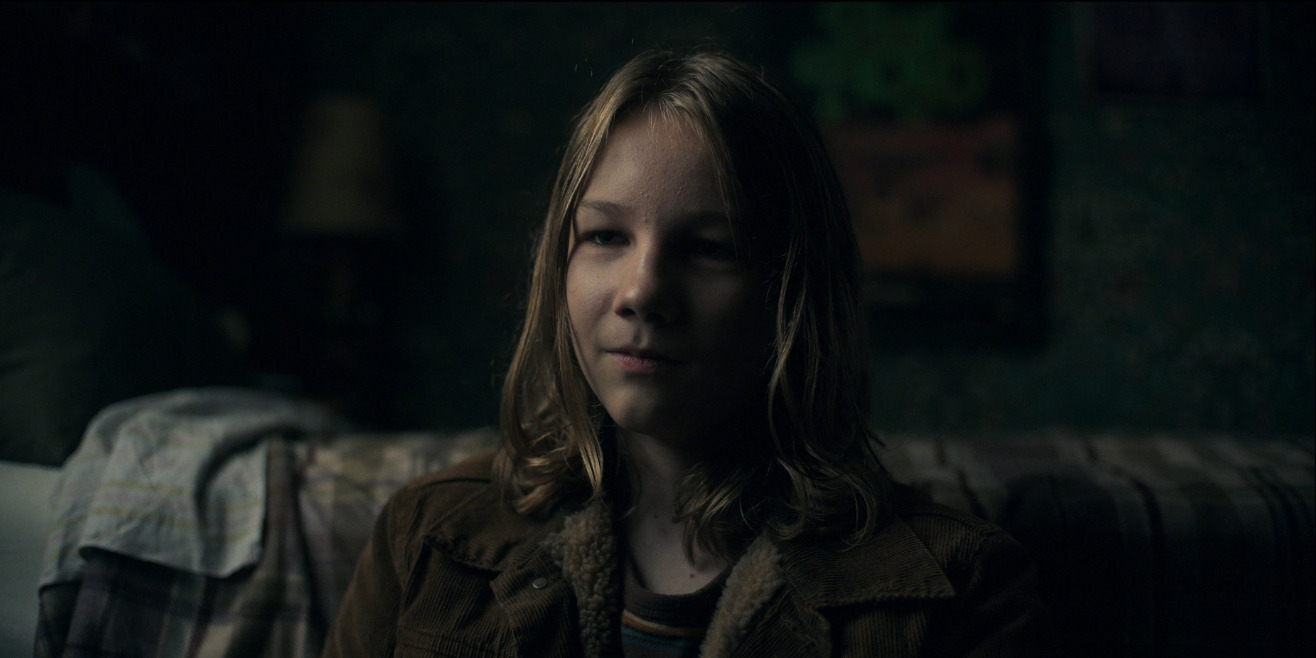 Created by Stephen King from his own titular novel and adapted for the screen by Chilean filmmaker Pablo Larrain, ‘Lisey’s Story’ is a dreamy and dreary psychological drama of serene ebullience. Revolving around the themes of loss, childhood trauma, and memory, the story centers on the titular widowed woman as she roams the hidden corridors of her repressed memory. Her late husband, Scott, was an acclaimed novelist. Lisey is chased by Scott’s obsessive fan Jim Dooley who wants to get his hands on Scott’s unpublished manuscript.

In retrospect, the story goes back to Scott’s childhood to unearth his dark secrets, creating the cult of the author in effect. The fifth episode takes Lisey back to Scott’s childhood, and we see the tragic fate of Scott’s elder brother. On the other hand, Scott’s sublime world becomes more apparent as Lisey visits the pool. There is a detailed summary of the latest episode in the recap section that you can read to bring yourself up to speed on ‘Lisey’s Story.’ But first, let us take a quick look at what’s in store for the upcoming episode 6 of ‘Lisey’s Story.’ Here are all the details about the next episode.

‘Lisey’s Story’ episode 6 is exclusively available for streaming on Apple TV+. For the time being, the show is not available on other popular streaming and on-demand services like Netflix and Amazon Prime. So, you may have to subscribe to the niche streaming platform to catch the screener.

The previous episode saw the exposition the series was destined for. We sense that Paul’s untimely death lent Scott with the darkness in his vision. The next episode will perhaps unearth more truth about the Landon family. At the same time, following Lisey’s realization in the previous episode, Amanda will play a major role in the future progression of the story. We may see Lisey going deeper in the world of Booya Moon to communicate with Scott.

Maybe her tour through the maze of memory will lead to further revelations. Scott’s absent “presence” will keep guiding Lisey in her journey. Lisey is yet to discover the gift at the end of the bool hunt, which, going by the symbolic aspect of the story, may not be something tangible. Professor Dashmiel does not know anything about Lisey’s torture yet, and we are to see his reaction when he sees Lisey in her present state.

In the fifth episode, Lisey’s trauma makes her revisit the past. Jim Dooley does not tell the professor anything about harming Lisey. The past story takes us back to the couple’s holiday, and in turn, to Scott’s childhood. In the impressionistic world of Scott, Lisey comes across Paul’s grave and comes to remember the story of Paul’s death as told by Scott. Going back to Scott’s childhood, we see Paul attacking Scott in a fit of rage. To cure the bad, Andrew keeps Paul chained. The bad has gone to Paul’s head, and in Scott’s mind, Paul turns into a monster.

After staying for three weeks in the barn, Paul is killed at the hands of Andrew. But Scott does not think it to be murder – for him, it was mercy killing. A child Scott takes Paul’s body to Booya Moon. In the present, Lisey remembers Scott saying that water is the link to the fantasy world. In an attempt to heal herself and dig deeper, Lisey jumps into the pool while Amanda wishes her strength.