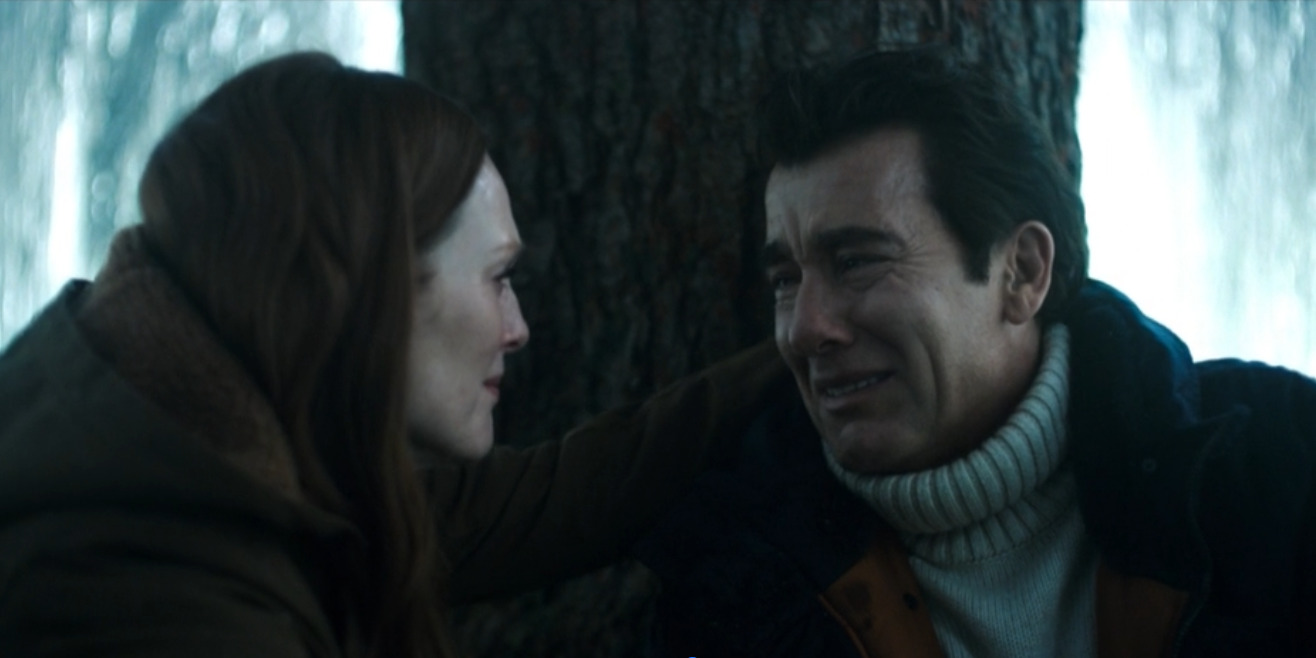 Directed by Pablo Larrain and created by Stephen King from his eponymous novel, the mystery drama series ‘Lisey’s Story’ is a tale of immense intrigue. Therapeutic in its exploration of interpersonal memory and expansive in its seamless mingling of natural and supernatural elements, the narrative moves from past to present and from outward to inward. The story revolves around Lisey Landon, the wife of late novelist Scott Landon, who takes a trip down memory lane to revisit her repressed memory, which may have a cure for the present discomfort.

In the present timeline, Lisey is followed by an obsessive fan of Scott Landon, who intends to procure the unpublished manuscripts of the acclaimed novelist. As the story trudges forward, we get glimpses into Scott’s childhood and the source of his cult. Portrayed with cinematic depth and dipped in magical realism, the series creates a feeling of acute unease in the mind of the viewers. If, following the finality of the third episode, you are looking to know the release date and other details about the follow-up episode, let us be your savior.

‘Lisey’s Story’ episode 4 is available for streaming exclusively on Apple TV+. If you intend to grab a screening of the show, you can get a subscription to the service. They also offer a week-long free trial.

The fourth episode will deepen the mystery further as it picks up from the cliffhanger ending of the earlier episode. As Jim Dooley has already gotten his hands on Scott’s unpublished manuscripts, Lisey will perhaps have a frontal encounter with Jim. The mastery of the narrative is that the author does not let us know anything about Scott’s life beforehand, and we get to see the past only as Lisey remembers it. The absence presence of Scott Landon will keep haunting the story, and Lisey may get another clue on her bool hunt.

As Amanda’s health deteriorates, we are yet to see whether she snaps out of her headspace of the pool. We have seen the shovel quite a few times in the course of the story, and it holds more significance than one would imagine. The shovel is also a metaphorical tool to unearth the past, and the next episode will see the layers of reality eroding as the past engulfs all the characters. Hopefully, the episode will also give us some insight into Scott’s cryptic words shortly before his death.

The third episode gives us more insight into the cult of Scott Landon, as the bool hunt arranged by Scott takes Lisey on a visceral trip. Following the discovery of another clue, Lisey goes back to their vacation in the Antlers Inn. We get glimpses into Scott’s childhood, which gives us context behind Scott’s elaborate cosmology.

Scott’s childhood was marred by sinister trauma, and he was oppressed by his tyrannical father. In Scott’s world, cutting gives way to a cure from “the bad,” which, we are told, comes from outside. Scott confided in Lisey about his childhood, and Lisey chose to repress it. Now, with the discovery of the postcard, she is made to remember the past vividly. In a mute cry for help, Amanda inscribes the words “Help Me Lisey” on her wrist. In another development, Jim Dooley breaks into Landon’s house to obtain the unpublished manuscripts of the novelist.