Will There be a Listing Impossible Season 2? 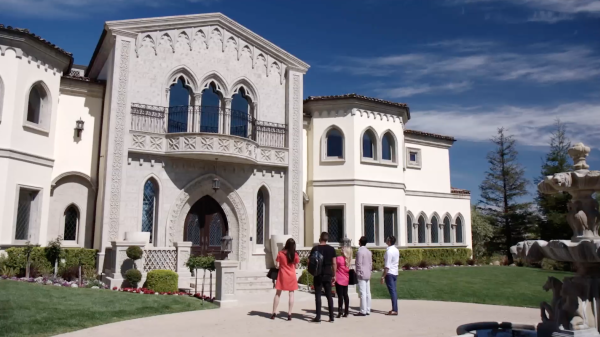 CNBC has definitely progressed to give fierce competition to HGTV. While the latter has always been the trendsetter when it comes to home improvement shows, the former has also set its sight on grabbing eyeballs of those interested in such shows. One of the additions on CNBC’s catalog, among its other house renovation series, is ‘Listing Impossible’. Here, a team of luxury building experts helps owners in selling their extravagant properties that have been experiencing a hard time in the market. Well, after a successful first season run, here’s all you need to know about ‘Listing Impossible’ season 2.

‘Listing Impossible’ season 1 premiered on January 15, 2020, on CNBC, at 10 pm ET. It ended with its eighth episode on March 4, 2020. The release formed a part of the news network’s foray into the “Real Estate” catalog of shows, in an endeavor to enhance its repertoire of prime-time real estate series.

Since the property market in LA is slowing, and this also includes high-end spaces, ‘Listing Impossible’ proved to be an informative watch. It showcases some fresh and approachable methods, that can be easily replicated by those in the business. And with such a favorable response among its target audience, we are hopeful that the show will be renewed soon. Once that happens, we can expect ‘Listing Impossible’ season 2 to premiere sometime in early 2021.

‘Listing Impossible’ is presented by Aaron Kirman, a real estate agent based in LA, who makes frequent appearances on ‘Secret Lives of the Super Rich’. Branded by REAL Trends in 2018 as the 5th largest real agent in the US by sales volume, he is the president of Aaroe Estates, which specializes mainly in the sale of luxury properties. He has helped several prominent personalities such as Rihanna, Nicki Minaj, and Orlando Bloom in real estate transactions.

Aaron is the ideal person to host this show because he has handled multiple huge deals in his lifetime, including transactions for stars such as Jay-Z and Beyonce, which involved a $50 million sale for a home in Malibu. Additionally, he has sold Danny Thomas’ estate in Beverly Hills for $65 million. So it is not a surprise that CNBC chose him to headline their series. Season 2 is expected to see Aaron resuming his hosting duties.

What Can Listing Impossible Season 2 be About?

In ‘Listing Impossible’, Aaron guides homeowners (whose lavish properties are being ignored in the real estate market) by making them see their errors. His team points out the truth, whether clients like it or not. For instance, someone may think that his flashy interior decor is the focal point of the property, but actually it may be acting as a liability. Another might be of the opinion that his/her house should be marketed to the young celebrity crowd, primarily because he/she lived here during his/her celeb days. Again, certain homeowners put a price of $20 million when the actual value may only be $15 million.

In each of these cases, Aaron points out their faults and explains how wrong they are. In fact, his crew attempts to mitigate the losses in an already losing situation. CNBC expressed its views on the show’s format in its press release: “There are things that most real-estate-agents-to-the-rich won’t say. Aaron and his team – not so much.”

Highlighting ‘multi-million-dollar piles that are languishing on the market’, ‘Listing Impossible’ helps multi-millionaires in tackling rough patches in their lives. However, it is not that all the properties belong to the uber-wealthy. There are homes whose selling value is as low as $1M as well. As per Aaron, the problems for the rich and middle-class are the same. The only difference is in the numbers. In fact, many of them cannot afford the houses they are planning to sell because of changing economic conditions.

The concept does bring in the familiar vibes of ‘Million Dollar Listing‘, with the only difference being that, here, Aaron attends to properties that have failed in the market. ‘Listing Impossible’ season 2 is expected to dive deeper into the crowded real estate market in Los Angeles, which is packed with properties demanding sky-high prices.