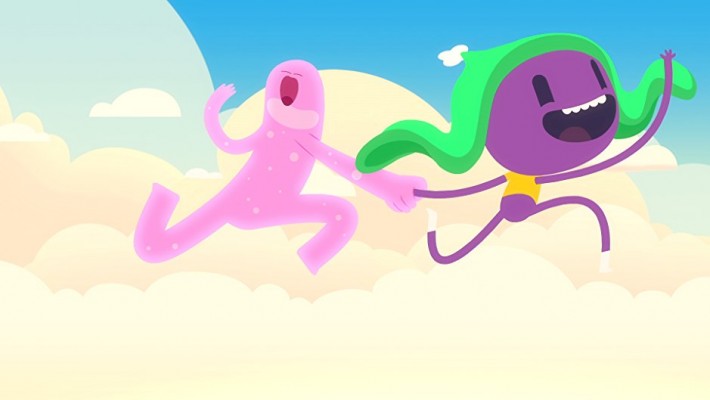 The series has won an Annie Award (2019) for Best Animated Television/Broadcast Production for Children and Daytime Emmy Award (2017) for Outstanding Individual in Animation. It has also been nominated for an Annie in the category of Outstanding Achievement Production Design in an Animated Television/ Broadcast Production, along with Daytime Emmy for Outstanding Directing in an Animated Program. The speciality of the show is that it has incorporated various forms of mixed media, such as 2-D animation, puppets, and live action, which are all against an animated backdrop. It is basically inspired by the Argentinian pilot Gluko and Lennon of 2010. The show is available on Amazon Prime Video.

Little Big Awesome Plot: What is it about?

The official description of the series goes, “Little Bog Awesome follows Gluko and Lennon, the two best friends ever of all time in the history of everything. While having weird and wonderful adventures around Townopolis, these besties help the citizens live their best lives, even if helping sometimes causes more problems than it solves.”

The series ‘Little Big Awesome’ revolves around two characters; Gluko, who is a FFC0CB bouncy jelly blob, and Lennon, who is Gluko’s beanie-toting best friend. They are both inseparable best buds, who are all set to embark on a wonderfully strange adventure. Their task is not only to get a lost tiny bubble back home to Bubble Land but also to make it back in time so that they can stop a group of naughty yet adorable kittens from messing up the house of Grandma.

Since each episode is divided into two parts, there are two titles merged together in one single title, and the title itself gives pretty much the gist of what will be happening in the episode. Season one features Gluko and Lennon’s amazing adventures in all the episodes with exciting titles such as, ‘City Day; Let’s Get to That Thing!’, ‘Sorry Mr. Sun; What’s the Trouble Bubble’, ‘Bed Follows; Gotta Get a Gimmick’, ‘Space Kittens for Now; Blupo and Gledon’, ‘Living the Dream; Oh No, Ho Cho Jo!’, and ‘Puppy Shower; Claude the Buff Hamster’.

Season two also has episodes that are just as exciting as season one. The titles go, ‘No Throwing Disc Left Behind; Happy Birthday, Here’s a Goat!’, ‘Snow Day; Rootin’ for Change’, ‘No Sleep til 8 O’ Clock; Gluko’s Jelly Jam’, ‘Return of the Murple’s; Lyle in Charge’, ‘The Great Tofu Drive; The Big Jump’, ‘Cosmic Communications; A Bad Case of the Sherris’, and ‘Friendiversary; Flower Power’.

Little Big Awesome Season 3 Release Date: When will it premiere?

Little Big Awesome debuted on June 17, 2016, with a pilot episode. After a long gap, it released its first season on April 27, 2018. It has six episodes, each consisting of two parts. Season 2 premiered the same year on November 8, 2018. It consists of seven episodes, each divided into two parts, just like the episodes of season one, and all the episodes were released on the same day.

The show is yet to be renewed by the network. The fact that it is an animated show makes chances of Season 3 quite bright. If it does get renewed, Season 3 can be expected to release sometime in November 2019.

Catch the adventurous episodes of Little Big Awesome, season one, here, and season two, here. The trailer is available to watch below. We will update this section with the trailer of season 3 when it is released.