Will There be a Little Big Shots Season 5? 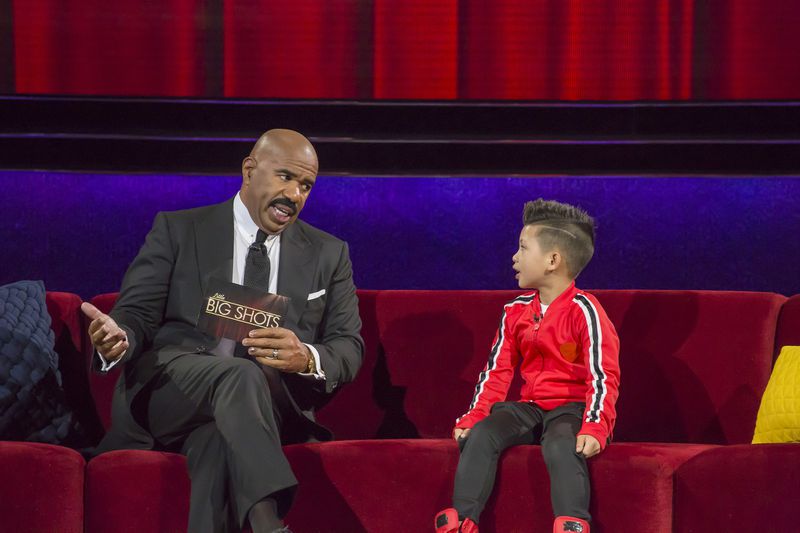 ‘Little Big Shots’ is an American talent show created by Steve Harvey and Ellen DeGeneres, and directed by Russell Norman. Featuring some of the cutest, most talented tiny tots, the reality tv show was developed into a spinoff by NBC, titled ‘Little Big Shots: Forever Young’ that premiered on June 21, 2017. The original series was an addition to NBC’s Sunday line-up and it proved to be a huge hit for the network, garnering viewerships exceeding 15 million. With high ratings on IMDB, it also received nominations for Primetime Emmy Awards and NAACP Image Awards. After wrapping up with this fourth season, here’s what we know about ‘Little Big Shots’ season 5.

‘Little Big Shots’ season 4 premiered on February 24, 2020, NBC. It wrapped up with its 13th episode on May 24, 2020. Showcasing a bunch of unsurpassed, unique kids from all over the US and the globe, this feel-good, family-friendly series, features the host engaging in hilarious conversations and interviews with gifted children.

‘Little Big Shots’ opened to huge success on the network, garnering massive ratings and viewership numbers. However, across the seasons, the numbers dropped a bit — with the 4th season averaging 3 million viewers. Therefore, the fate of the series is still up in the air, and we will come to know about its future only when NBC makes an official announcement. If renewed, we can expect ‘Little Big Shots’ season 5 to premiere sometime in 2021.

The TV show’s first three seasons were hosted by American comedian, producer, television host, radio personality, author, and actor, Steve Harvey. Apart from this, Harvey is also the author of books like ‘Straight Talk, No Chaser: How to Find and Keep a Man’ and ‘Act Like a Lady, Think Like a Man’. However, in season 4, Harvey was replaced by Melissa McCarthy as the new host, and she is expected to return for season 5.

What Can Little Big Shots Season 5 be About?

In ‘Little Big Shots’, the host  Melissa McCarthy invites children from across the globe to give them a platform to showcase their talent in the presence of a live audience. The show includes acts from talented kids, ranging from a soap-bubble artist to a golf prodigy, pint-sized aerialist, and the world’s strongest kid. It also features young masters in astronomy, archaeology, and mathematics.

A children’s talent show, ‘Little Big Shots’ follows McCarthy as she holds entertaining discussions with her tiny yet gifted guests. We meet children who are extremely talented in music such as pop, opera, country, and classical. They are also well-versed in instruments like the ukulele, drums, piano, and others. Additionally, the show throws the limelight on kids who have become sensations across the Intenet through viral videos. There are loads of fun, comedy, and surprises as McCarthy interacts with phenomenal children from all over the globe. We not only meet kids from the United States but also see talented children from other nations including Ethiopia, India, Russia, Ukraine, Spain, Germany, England, Ireland, Scotland, Canada, and the Philippines.

Season 4 brings in an all-new, fresh touch to the popular talent show. McCarthy introduces some of the most amazing tiny tots from America and beyond, who demonstrate the awesome things they are so skilled at. As per NBC, “From brainy little whiz kids to mini virtuosos, it’s going to be an exciting, inspiring and adorable time for all! And with the invincible pairing of Ellen and Melissa – two of the funniest, most talented women in Hollywood – at the helm, kids who defy the odds, reject stereotypes and conquer their dreams will give us a peek at what today’s cutest – and tomorrow’s biggest – talents look like!” Season 5 will stick to the same premise and continue to feature a bunch of new kid talents from around the globe.